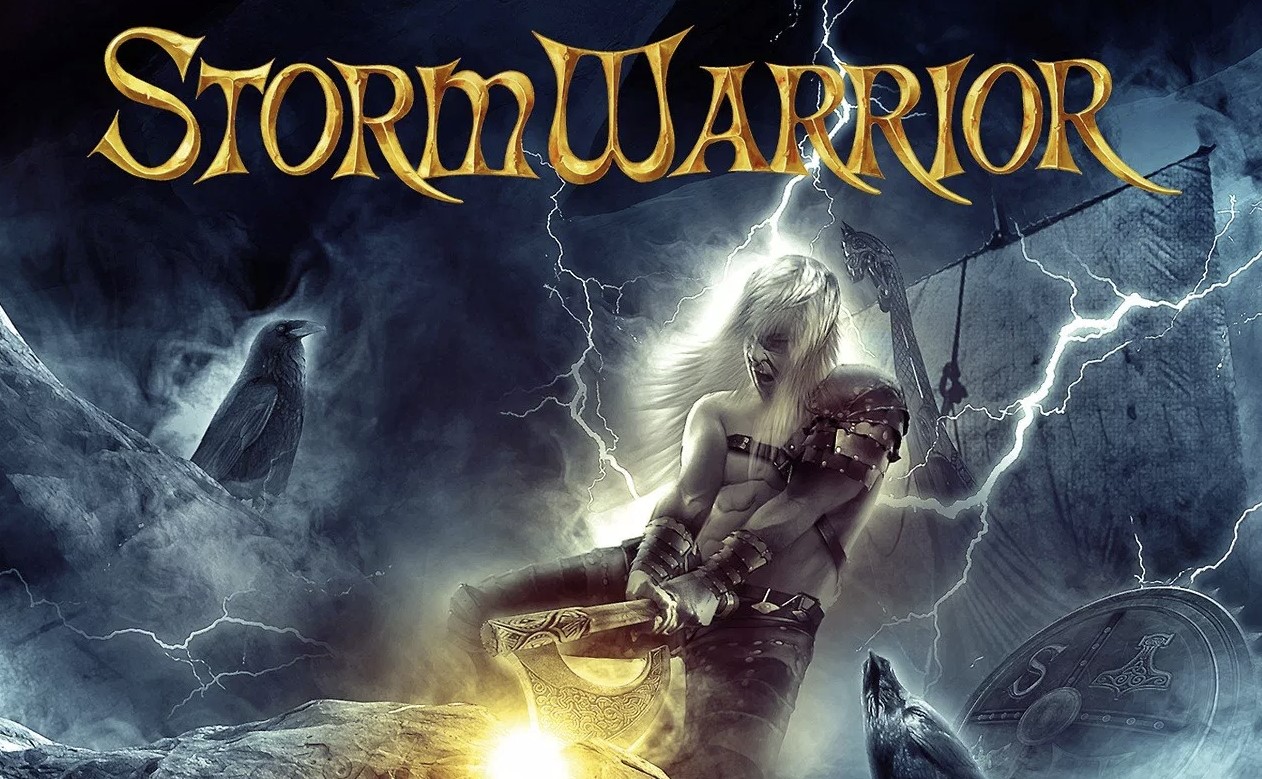 It is important to note that Stormwarrior, a speed metal band from Germany, has been active for longer than most people realize. In the span of a little over a decade, this band has produced 4 records and been host to one of the most confusingly constant lineup changes of recent memory. Though many things have changed for Stormwarrior, guitarist and vocalist Lars Ramcke seems to be the bedrock of this band, or at least the one member that has remained a constant in this maelstrom of speed metal.

In terms of widely acclaimed records, Stormwarrior’s peak probably happened in the mid 00’s with the release of Heading Northe. This album continued the band’s love and dedication to Nordic imagery in both lyrics and album art. The hand drawn illustration for Heading Northe, with its viking ship, made sense when combined with choir chants, finger tapped solos, and optimistic explosions of fantasy. Their newest album, Thunder and Steele, shares similar musical style themes yet its imagery has shifted slightly. Instead of a historical fantasy center, Thunder and Stelle embraces the elements of metal and fire. Though the band has stepped away from the thematic institution that has guided most of their work, I believe things will not be dramatically different.

It is difficult to argue with Thunder and Steele, since it is a record that does everything it says it will do. Play really fast power metal with precision and near grace? Yes. Keep all of the songs under 5 minutes but make each one feel complete in its brevity? Absolutely. Thunder and Steele may not have the same punch of Heading Northe, but it is a perfectly healthy power metal record that does things other bands strive for with ease. The band’s ability to step away from the lyrical themes that brought them initial recognition is admirable even though fire and steel is less attractive than a viking battle.