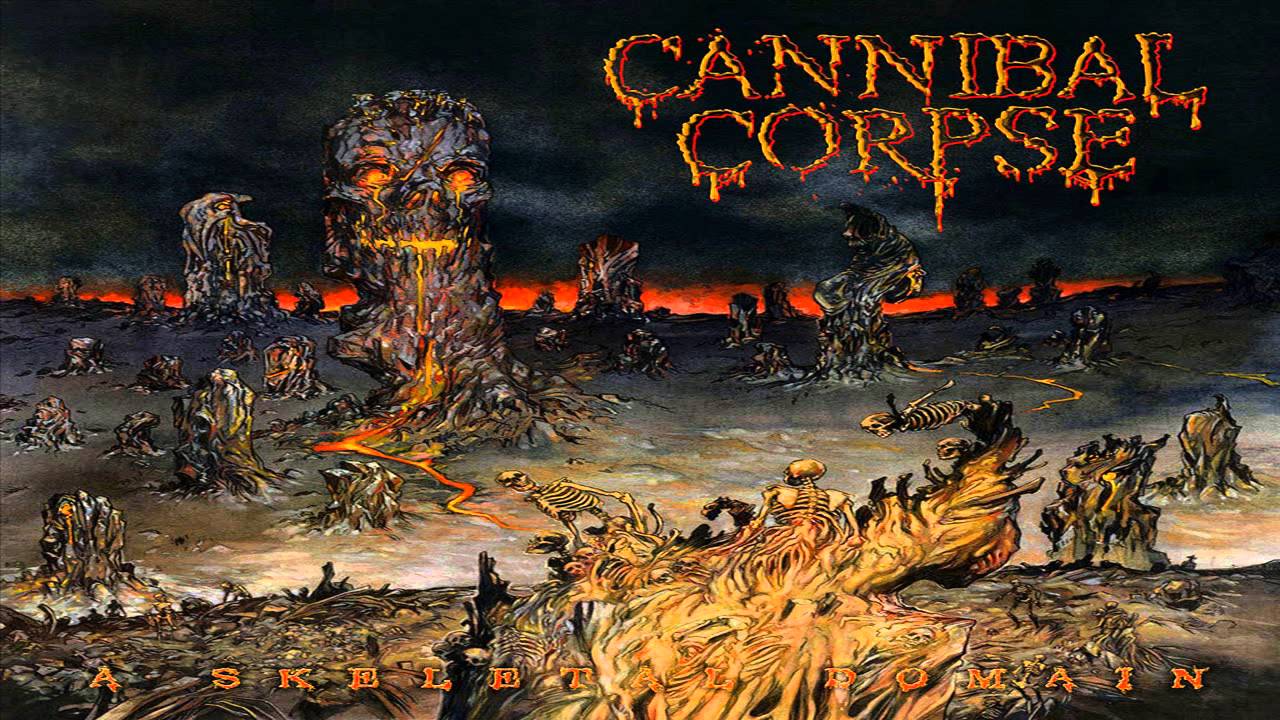 The challenge, when reviewing any of Cannibal Corpse’s stuff, is to try and say something that hasn’t already been said. This is a band with history, goddammit – a 24 year long legacy of meteoric success, of overcoming any and all obstacles. Long neglected by the radio and TV, by leveraging the power of word of mouth, Cannibal Corpse have developed the kind of cult following necessary to overcome national bans of their music in Australia (and even countries who aren’t secretly run by a shadowy cabal of frightened old ladies and racist uncles, like the usually bad-ass Germany) and earned the ire of earth’s most boring custard balloon, Bob Dole.

They’re also the biggest Death Metal band in America, finishing off the apparent synopsis to a Metalocalypse episode that is their history.

It also means that, when reviewing Cannibal Corpse, you have to do it a little differently. After all, you’re not really answering the question “is it any good?” because, after twenty years, to say otherwise is to admit to madness. Rather, you’re answering the question, “Is this a disappointment? Can it keep up with the past? Is this as good?” and I don’t want to spoil anything, but yes. Oh, hells yes.

It opens up with “High Velocity Impact Splatter” and immediately you can tell nothing’s changed. The slow, disquieting build into electric riffing and a guttural grunting that is the band’s signature. It’s exactly what you would expect from these guys, and if you were worried about Corpsegrinder’s addition, he fits neater than an ice pick in an eye-socket, and with the same unnecessary gore. Not quite “exactly what the band needed”, because, again, these guys have always eaten impossible odds for fucking lunch (no true death metaler is ever up before 11, unless they’re still awake from the night before) but he fits right in as only a man called “Corpsegrinder” can. The soloing in “Icepick Lobotomy” stands out particularly as a reminder of the sheer talent it takes to get this big. Expect to be satisfied.

The production work has seen some definite improvements. There’s a balance to the mixing, a crispness, that I haven’t heard before. They’re even letting even the bass come through without it being impossibly fuzzy or needing a damn stethoscope to hear properly. The sound hasn’t changed, I should point out. It’s not one of those “might like, might not” issues. If you like Cannibal Corpse, you’ll prefer this. It sounds just a little more like you’re hanging out in the same dank, acoustically perfect abattoir.

Overall, it’s a fantastic album and a fantastically energetic addition to the Cannibal Corpse discography. It’s exactly the kind of viciously powerful stuff that can spark moral panic in bored, middle aged housewives, and I couldn’t hope for anything more.