A FIGHTING MAN OF MARS by Frank Frazetta 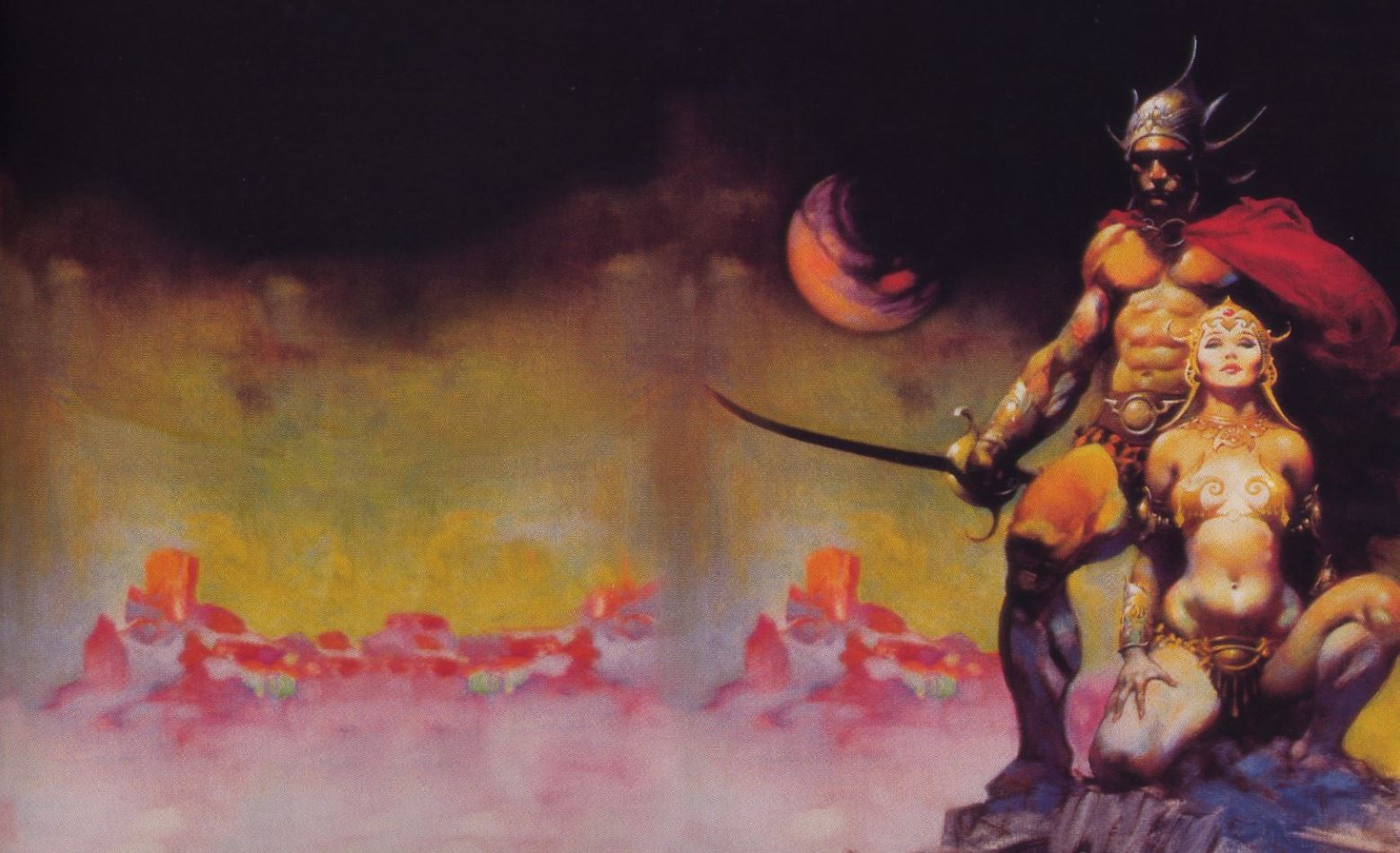 Frank Frazetta – A Fighting Man Of Mars (1973)- This painting takes its name from the 7th book in Edgar Rice Burrough’s science fantasy epic The Barsoom Series. This is Tan Hadron, warrior from the Helium Kingdom and beside him is Tavia, a runaway who could take the head off a horse with her hands. The original cover art from the 1930 publication was approximately 150 times less badass than Frazetta’s painting.