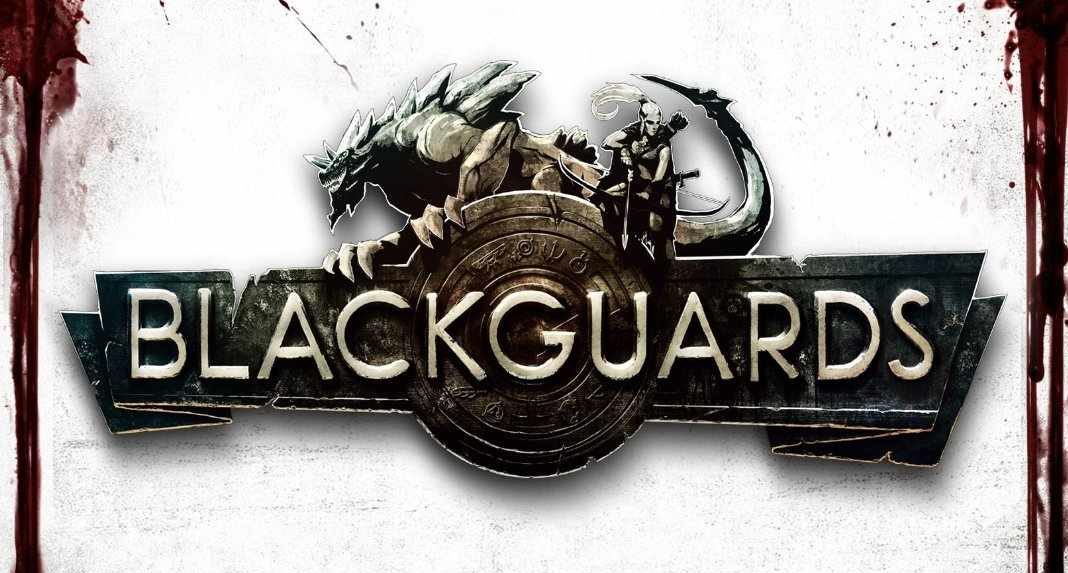 Blackguards is a plot heavy fantasy RPG with squad-based grid combat and a focus on a small group of characters. Like the Banner Saga, you might ask?

And then I’d sigh, heavily.

I did these two in the wrong order, really. I would’ve had a much better time doing them both the other way round, I think. As it is it feels kind of like dating a beautiful, perfect, strikingly charming woman then, when your time together is tearfully over, you go date her ugly sister with the lisp who talks too much and thinks she’s edgy just because she did accidentally did pot at a party once.

And, because she reminds you of happier times despite being an absolute mess, you stick with her forever.

Well, this isn’t going to be a positive one, is it?

When I first heard that Blackguards was based off The Dark Eye I assumed, with no small amount of relief, that somebody had finally made a game about that eye. You know the one. It stares, never blinking, never ceasing, from the corner of you vision, judging your every thought and action, and finding you wanting? Everyone’s aware of it, I assume. It looks from the black pits beyond the waking world and will, in time, swallow all things with its chasmic cornea.

Turns out that’s not it at all.

The Dark Eye is just the name of a popular German table top RPG system that Blackguards is based on. I, like what I assume to be most of the English speaking world, had never heard of it, so I can’t tell you whether or not it’s a particularly good representation of the RGP. Despite this scene appearing in the opening cinematic, The question of “who killed that girl” is mean to be a major fucking mystery.

I suspect it is though, for starters because all the main characters have fucking ludicrous accents. The dwarf’s voice stinks of Yorkshire so strongly that I expected him to cough up a lump of coal and the wizard (who I believe sounds French, but others have assured me just sounds “foreign”, whatever that means) would surely sound extravagantly camp to anyone on earth. Aside from that, you’ve a stoner elf, who doesn’t talk too much but spends a lot of time looking quietly for a bag of dreamweed and a quiet forest clearing from which to space out.

It gets fucking annoying after a while, primarily because these bastards talk so very damn much while somehow avoiding character development, but also because it’s all so predictable. Here’s a couple of lines that totally (didn’t, but could have) made it into the game.

“Oooh, by eck! I don’ ‘alf wanna start a fire! An’ that gold dragon’s a baddun’, even if my religion dun’t never get properly explained!”

“Ahh, M-lady! As a Grandeeeeeeee if I don’t have the (carnal) pleeeeasure of your company I might diiiiie!”

I am exaggerating, but not by as much as I’d like. The remainder of the character voices, all two hundred thousand of them, seem to have been done by the same guy, putting on a variety of lunatic accents. And while I’ve nothing bad to say about him, he’s clearly a talented voice actor, the game would have been improved a thousandfold if it he’d had, maybe, two more equally talented accomplices. Basically, it’s as though all the player characters are voiced by overeager armatures going for the most stereotypical caricatures they can, all the while forgetting subtlety in favour of one memorable character trait, while a talented outsider voices the entire rest of the world.

So, exactly like the average table top RPG session then. Occasionally the battles get fucking ludicrously difficult out of nowhere.

Which isn’t to say that it’s entirely awful. There’s the frankly ludicrous number of interesting enemy types, and the map variation goes beyond a series of identical squares, so it’s better than banner saga in that regard. There’s also a really interesting system of environmental hazards, like making barricades out of stacks of boxes or blowing up swamp gas for extra damage, but while that makes combat interesting for a little while, the sheer fucking length will make sure to end any chance you had of developing an interest. Considering that this is a game of four acts, the first of which took me 8 hours, It’s hard to imagine a feature that could make it worthwhile.

Honestly, I knew how I was going to rate it about three hours in. I’d sat down, keen to spend the whole afternoon ploughing my way through, and at about three hours I started thinking of shit that I really should have been doing. When it turns out I’d rather clear out the dishwasher than spend another minute listening to tedious characters make tedious conversation while fucking nothing happens, it’s unlikely I’m going to go on and recommend it.

It’s too little, spread too thin, and I can’t recommend it over something half the price and a quarter of the length. Just because then you’d at least get to see the ending.

In case that wasn’t clear, the other thing rhymes with Cann’a Lager.