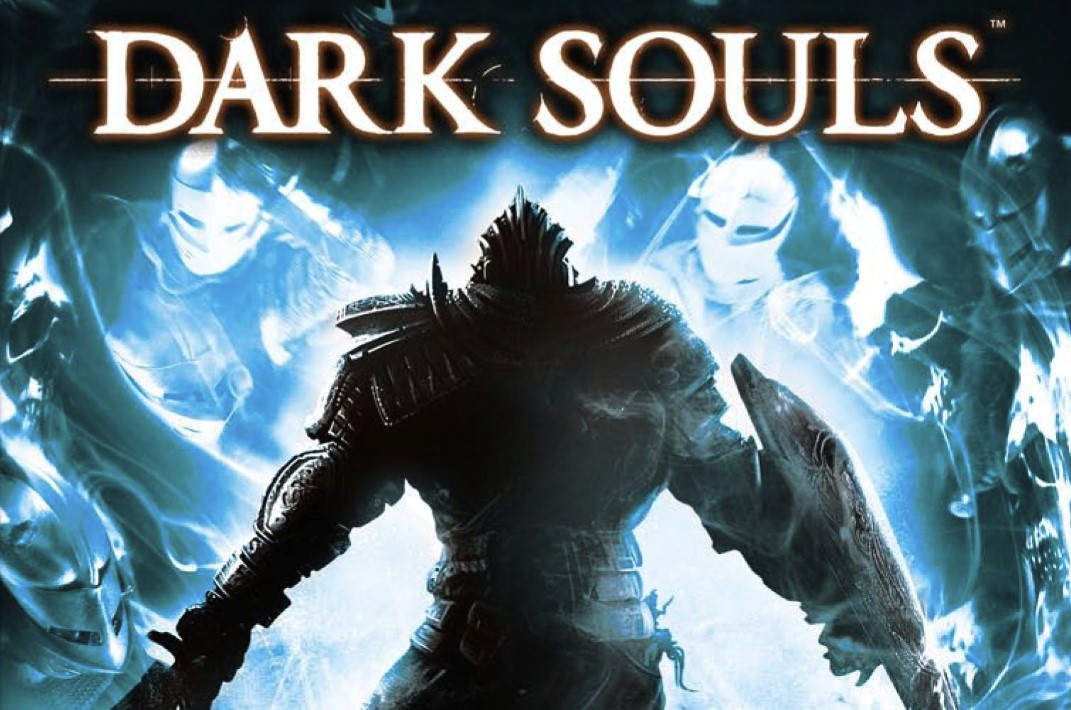 When trying to decide what to write about for my first review, there were a number of possibilities considered. The mighty Skyrim, the metal inspired Brütal Legend, or even an indie title. Then I remembered Dark Souls. I shuddered in fear, then with exhilaration. There isn’t a game like Dark Souls in the world, not one that inspires such dread, but also the drive to overcome its many, many challenges. Dark Souls is the guy who’s in the middle of the mosh pit, knocking out all those who come near him, yelling to anyone who can here him ‘come at me, bro!’ And you do. You’ve seen what he can do, how brutal and uncaring he is for those around him. But he has issued the challenge, and you can’t say no to a challenge like this.

Dark Souls story is a rather simple affair. When society existed, those who were marked with the Darksign were sent to an asylum in the far north, where they were to remain until the end of time. You see, these people were called ‘undead’ and were near impossible for normal people to kill. The ‘undead’ also eventually go ‘hollow’, which means they go crazy and kill people. This is why the asylum was created. Unfortunately for them, society no longer exists, and you try to escape the asylum. During this attempt, you are informed of a prophecy which states that the chosen one will escape from the asylum and ring two bells in the kingdom of Lordran. Fairly simple stuff really. Easier said than done springs to mind before you’ve escaped the asylum. This guy, known simply as ‘Asylum Demon’, is guarding the door, and he is not easy for a new player to kill. Combat appears to be simple, but in fact this just allows the combat to become more tactical in nature. Although button mashing will win you most fights against the lesser minions, trying that tactic will get you squashed by the asylum demon.

That isn’t to say that the right tactics will guarantee you a victory. The games slogan is ‘Prepare to die’ for a reason. It isn’t idle boasting, you will die. Die horribly, painfully, and many times. Usually against the boss demons, but it isn’t unreasonable for the minions to kill you a few times. That’s why this game is such an adrenaline rush, every fight has a very real possibility that you won’t survive, and what’s even more incredible is that it will, 9 times out of 10, be your fault. You didn’t notice the other soldier until it was too late, you didn’t time that dodge or block quite well enough, or you simply wandered into the wrong neighbourhood.

Exploration in Dark Souls is a real treat. The whole world is brilliantly designed, giving you a real sense of dread and an inescapable feeling of loneliness. As always though, this is Dark Souls, and exploration is a great way to get yourself killed. Wandering down a staircase, just to have a look, can take you into a new area where you a woefully under prepared, but you won’t know it until the first monster there has buried its axe in your face. You’ll then be returned to the last fireplace you rested at, the games only truly safe locations, and your first order of business should be to return to where you were killed and take back all of the souls you just lost. You have to be careful though, if you die before getting them back, they are gone for good. I think my record was 240,000 souls lost at once. Souls are vital to your character, they are the currency shopkeepers trade in, and they are used to level up your characters abilities. At that time, 240,000 souls would given me another 10 levels. I stopped playing it for awhile after that. But of course I was drawn back to it. I always am.

From Software has created some gorgeous visuals with this game, not high end stuff, but with a few mods you can make it truly outstanding if your into modding your games. Some of the monsters are truly intimidating to behold, but it is in the breathtaking views that have been created where the visuals are truly stunning. If you take a few seconds to look around after you killed all of the enemies, you will almost certainly find a few worth appreciating, like this one, the view that greets you when you first lay eyes on the dead city of Anor Londo.

The knowledge that the city, and most of the world that you see, is practically empty of life makes you feel truly alone. When you meet an NPC, your first thought is always ‘is this guy going to try and knife me’, not ‘thank god, another friendly face’. These people can be killed if you desire, giving quite a lot of souls and an item called ‘humanity’, which is a powerful healing item and can be used to return your character to a more human appearance, enabling him to interact with other players. The consequences of killing these people aren’t immediately apparent. Of course, they wouldn’t be, they just aren’t there any more. But that means you could’ve missed out on help in a later area, or you could’ve just killed a future enemy, you won’t know. Its down to you to decide. I killed them all, and met a man who judges you for your sins. Absolution for all the lives I’d taken would cost millions of souls. But I’m sure there are people out there who require more for their absolution.

As I mentioned earlier, using humanity allows you to interact with other players. Throughout the game, you can read messages left by other players, and even leave your own, but after using humanity, you can travel to other players worlds as well. This can be in the form of help, fighting alongside other players against the demon hordes that so easily kill you all. Or you can be bastard, become a black phantom and attempt to kill other players, making an already difficult game even harder. This happened to me a few times, and it was among the most intense moments of the game. I rarely won, but some of those times were down other players being bastards, and my death adds to their sins. If you are feeling particularly aggrieved by the black phantom, you can report him to the people who handle these sins and absolution, but I personally don’t know if it has any effect. It just made me feel good picturing his face when he was struck down by a spirit of vengeance.

All in all, Dark souls is incredible game, and the most metal game out there, knocking you down, picking you, back up, and knocking you down again. Just like a real mosh pit. But when you knock him down, it is a feeling that hasn’t been replicated in another game yet, a feeling of supreme relief, that you rose to the challenge and overcame it. But then you’re left feeling empty. You’ve conquered the hardest game you could play. What next? Surely you can complete any other game now? Hang on? New game plus? DLC story content? Another 10 hours of gameplay? Gods help me, but yes!