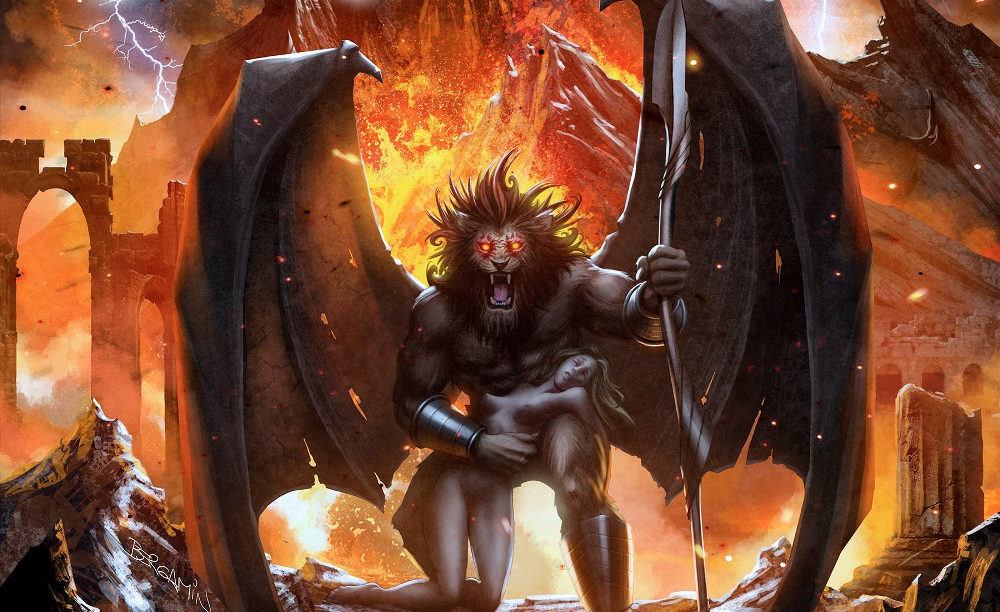 Battle Beast is a band from Finland that has won a couple of Wacken Open Air contests in the past. This fact seems to follow the power metal band wherever they go, and it is hard to fault them for it. The contest draws together winners from each participating country, after an initial battle (what is a battle?), for a 20 minute performance during a side event at Wacken Open Air, which is judged by three “industry” insiders. The bands are responsible for their own travel and have to fight against other winners like some futuristic death match. Battle Beast won the 2010 contest, which may have been responsible for another victory in a local radio competition shortly after. In 2013, the band signed with Nuclear Blast and has been enjoying the spoils of a major(ish) label ever since. The backstory of Battle Beast is an honest to goodness tale of hard work and perseverance to climb to the top. If there was any sort of role model other power metal bands could look to, it would be Battle Beast. Let us just hope their new album is living up to their history and lore.

Battle Beast has, predictably, gotten more glossy as time has gone on. Additionally, the year 2013 saw a lineup change for the band, which separates the old Battle Beast from what it is today. Battle Beast, today, toes the line between a decent, yet uninteresting, variety of symphonic metal and a vibrant torchbearer for old school speed and power metal. Unholy Savior manages to combine both elements, good and bad, in songs that are expected but enjoyable. I would almost say that familiarity is a benefit for Battle Beast, yet Unholy Savior manages to throw in twists that make the record nothing short of entertaining. It is hard to fault a band who has had a similar lion-like figure fighting some futuristic and/or classical foe on each of their covers.

At the lowest points, Battle Beast is a comical cheesefest that seems to participate in its own revelry. The closing cover of “Push it to the Limit” is so absurd that it is hard to not to see the band grinning from ear to ear. At their best, the band is so genuine and confident in their approach that it is also difficult to fault them for trying. Closing the record is the ballad “The Angel Cry,” which is the third ballad on the record. Even by the end, the wails and cries of Noora Louhimo never feel forced or dull. Combine this with an even mixture of 80’s speed worship and symphonic dedication, and one has a record that is surprising and frightful in its ability to satisfy.