Esoteric Affinity: Symbolism and the Fantastic 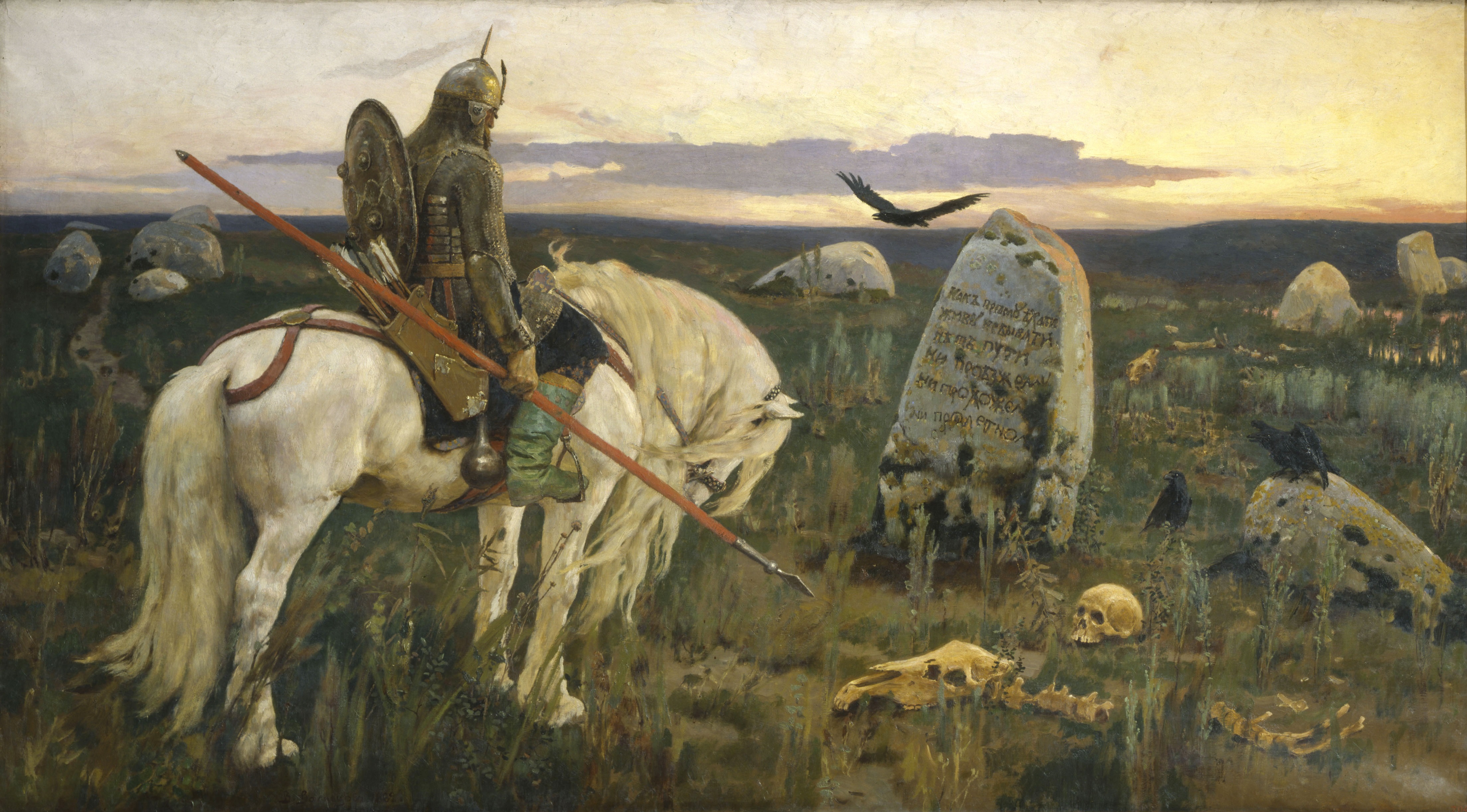 In this art, scenes from nature, human activities, and all other real world phenomena will not be described for their own sake; here, they are perceptible surfaces created to represent their esoteric affinities with the primordial Ideals.

My interests lie in fantasy before the idea of fantasy existed. I believe this is where I am walking to with these articles. Being the second article on this time period, there is quite more to discover in terms of visual and cultural zeitgeists?. My purpose is to travel back from Tolkien and see what fantasy looked like in the minds of the 19th century painter or the Renaissance poet or even before in the oral traditions of a variety of cultures. Fairies, wizards, demons, and knights all serve a purpose in their use throughout media. Rarely are they used as an end to itself, as the further one travels back the more rife with meaning and feeling do these images possess. Symbolism, for me, is a strange and uncomfortable area of art history as it allowed many different people with many different skill levels to shout into the great beyond and wait for an answer back.

In today’s world, it is easy to identify the Fantasy genre from its tropes and aesthetics. If one were to go into a bookstore, they could easily find a section or group of books that can be easily identified as fantasy. This was not always the case. The modern conception of high fantasy did not exist over 100 years ago and was the result of the popularity of Tolkien and similar writers. Likewise, the speculative genre of fantastic subject matter has its roots in the Romantic era of the 19th century, which began picking up storytelling themes. In previous articles, I discussed the abandonment of modern visual sensibilities for a nostalgic longing by the Pre Raphaelties. Likewise, the art movements of the 19th century were rife with painters and poets wrestling with the ever changing world. While some came to embrace the changes happening, others decided to recede into the world of imagination. Another school of thought at the time was to embrace the use of fantastic subject matter as it related to larger ideas and meaning. The use of odd and fanciful images were evocations to esoteric realms. By use of fantastic imagagry, the Symbolists attempted to travel into other worlds and by that pull the rest of us along with them. 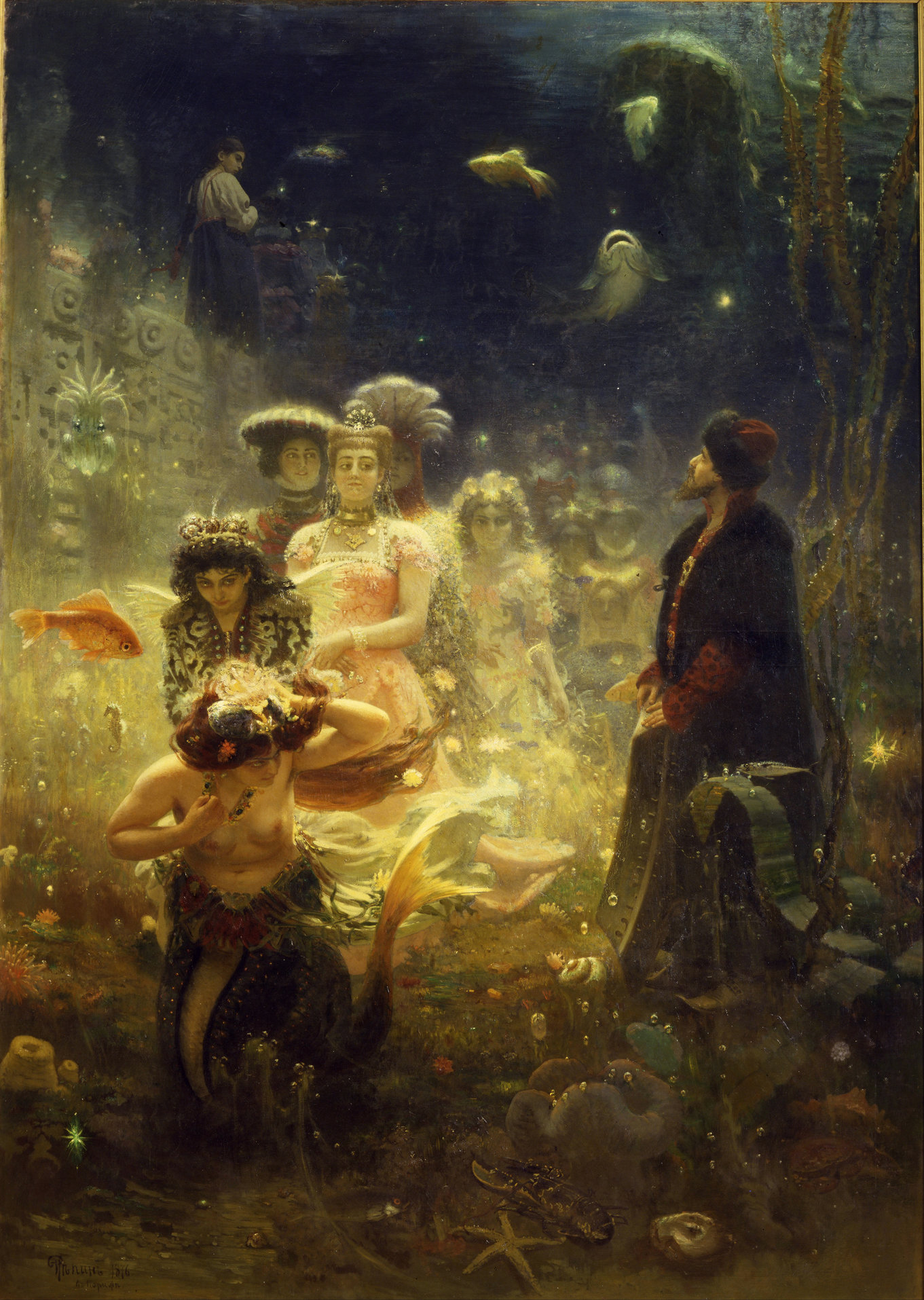 Symbolism in the arts was an extension from the literary genre that cropped up in the mid 19th century as a refugee for creative minds who felt stifled by the duty to the real world. Naturalism in arts and structured poetry bored a group of contemporaries who wanted to travel beyond the physical realms of thought. Because of that, the group seemed to use free verse and mystical subject matter to detach themselves from the world. The Symbolists echoed German philosopher Schopenhauer in the assertion that the real world was filled with pain and the only relief was the immersion of images as an escape from exercising will. Because of that, symbols used were not allegorical, rather evocations to a different state of mind that would be free from the drama of exercising free will.

The work of the Symbolists also varies throughout culture and for different reasons. Russian Symbolism developed in the same way as the European variety as a primary rejection of naturalism. The same sort of evocation of feeling was placed as important over depiction. The mystical and irrational were embraced both in the arts and the literary poetry of Fyodor Tyutchev. The arts ranged from the court fantasy of Underwater Kingdom, the mystical landscapes of Nicholas Roerich, and the famed mad Russian painter Mikhail Vrubel who famously had a break with reality while working on his demonic paintings. The variety of Symbolism even in Russia speaks of a movement not bound in visual style but esoteric thought. The idea was to evoke feeling and ideas from the audience who were seen as ghosts to the mundane aspects of the real world. This is where I believe the modern notion of fantasy begins, when the idea of fantastic subject matter is used to transport the viewer or reader into worlds with the intention to arouse emotion with the irrational. The term “l’art pour l’art”, translated to “Art for Art’s Sake” was a popular phrase around this time, which held that art was the end in of itself and was to be free of any other reasoning other than itself. While this lofty idea has come to have different subtext after the rise and fall of modern art, the embrace of beauty and escape into other worlds bred from the imagination was exciting from the lens of the 19th century viewer. Perhaps one of the more potent works that illustrates this point is a piece by one of Symbolism’s bigger names. 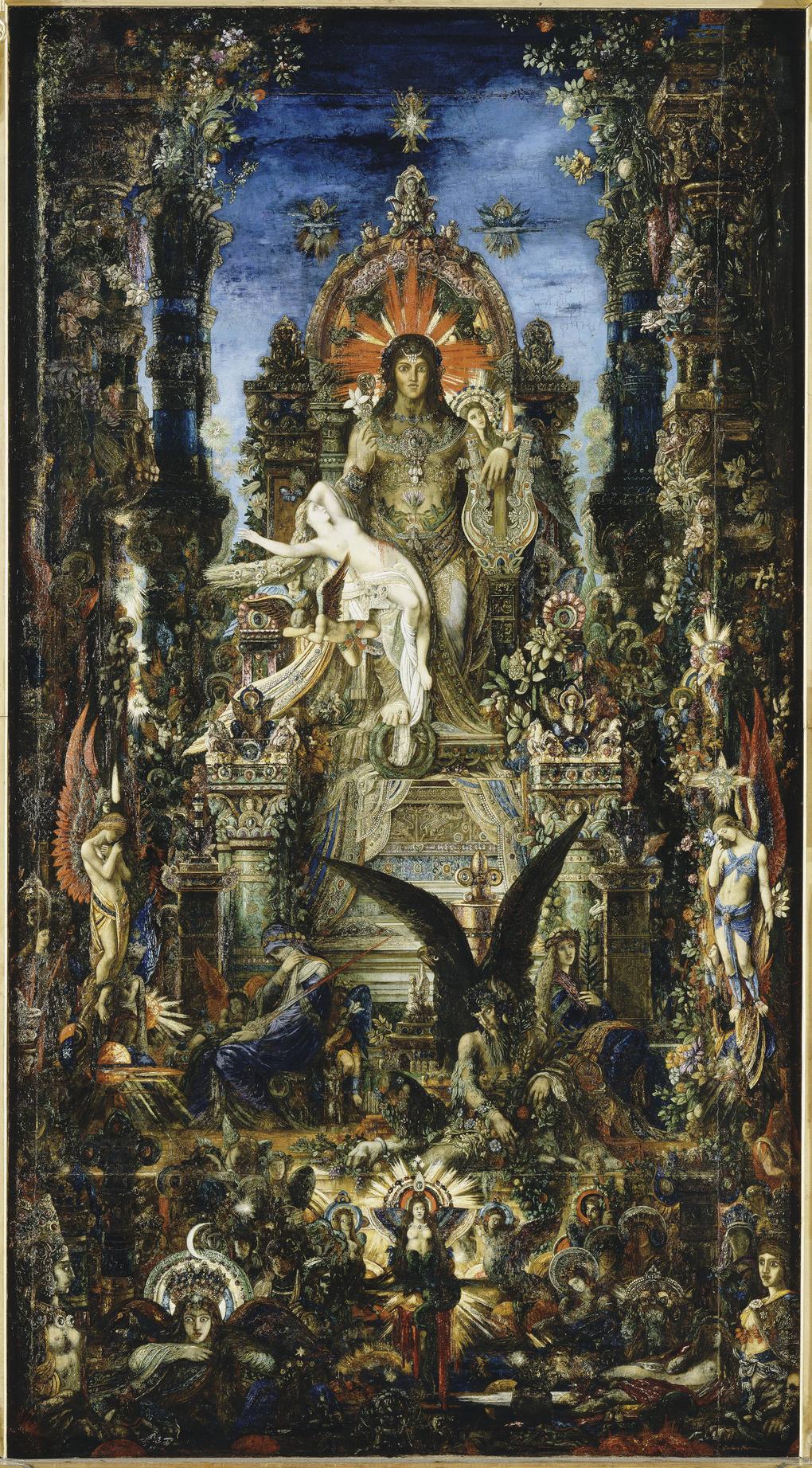 Out of thousands of works done by French painter Gustave Moreau, one of the most bizarre interpretations of greek mythology is Jupiter et Semele. Painted between 1894 and 1895, Moreau depicts the classic tale of Semele who was the lover of Jupiter and mother to Bacchus. Like most of these stories, Jupiter’s actual wife, Juno, tricks Semele into asking Jupiter to appear to her in divine splendor. Semele, being a mortal, can not handle the awe and is violently consumed by lightning bolts. The painting depicts Jupiter holding Semele while adorned in his godly and Eastern looking visage. Semele is bleeding from the head as Jupiter rips out the unborn child of Bacchus from Seleme and sews him into his thigh. The subtext of the painting is Semele not only consumed by the divine but regenerated into a collective consciousness by her sacrifice. That gazing upon the unfiltered truth brings about death and new life in the courts of the celestial. Jupiter is seated like Christ upon a throne adorned by an abundance of esoteric symbols. From Gods and Goddesses to mythological figures cast in vivid colors and deep shadows, the setting for this story becomes less about depiction and more of urged immersion. The viewer is cast into a visual maze where ones eye and mind toils around endlessness at the various stops. The immersion into the painting not only is for the viewer but also for the creator, as the detail and artificially constructed eastern motifs that make up the design of the court are wholly from imagination rather than observation. Moreau’s Jupiter et Semele is but one example of the bizarre and frightening world of symbolism. It is a world that is constructed with images that are perhaps not even rooted in the real world rather they exist for their own idiosyncratic amusement.

The Symbolists, along the with Preraphelistes, the Transcendlealists, and the Decadents, were fallouts of the Romantic era as western culture moved ever towards the rational. Symbolism would continue through the end of the century before quietly trailing into the distant hills. The work of Gustave Moreau would be lauded later by Andre Breton, who would eventually be the helmsmen for the surrealist movement in the early 19th century. In an odd way, Surrealism works in the same way as Symbolism did in the use of evocation with fantastic images. While surrealism would be much more dreamlike and less rooted in the traditional idea of fantastic, the seeds of departing reality to become embraced in the arms of the unreal continued through the visual arts.

The use of fairies, wizards, and knights has changed drastically throughout the ages. From history to myth to evocation to escapism, the fantastic has been a destination for artists for centuries. The work of the Symbolists, and related artists of the 19th century, continued the engine of existential anxiety, which saw a culture approaching the end of the century. The use of the fantastic was much different than previously used as pure allegory or even distant myth. The use of the fantastic by the Symbolists was much more personal than previous generations. These were not just depictions of fairy castles and strange beings rather a loud call to the beyond and a sort of ritual used to shock the senses. Symbolism was a fight against reality with a conjuring of the imagination believed to be lost. Over the years the embrace of the fantastic has been severing ties to its original allegorical anchors. Fairies, wizards, and knights, at one time, mean something specic but now they exist as their own independent image. It is my belief that the Symbolism were instrumental in this severance taking images and celebrating their own uniqueness in art and poetry. While fantasy and sci fi today has its ties to the real world, the genre fiction which surrounds it has become so immersive, it is easy lose your way.