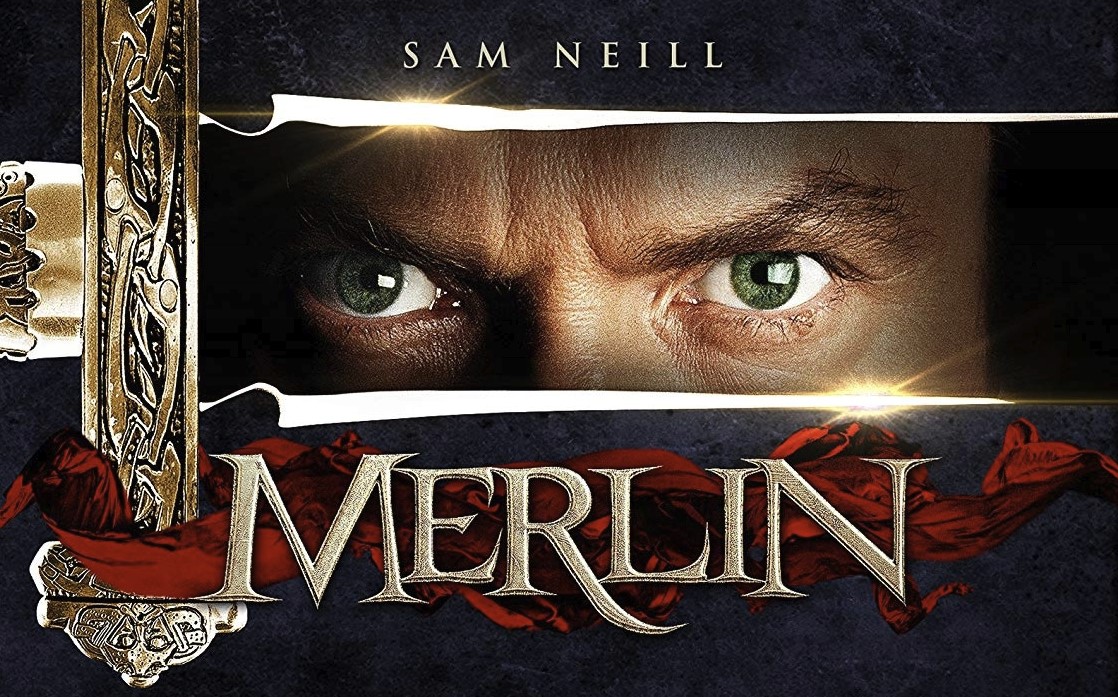 At points like this, I am reminded how much television has changed in the past two decades.

The idea of a television event has changed. On one end, a miniseries and primetime events of the 1990’s were filled with excitement due to their freshness and sequential release dates. On the other hand, television miniseries were just a rung above direct to video releases and lacked the seriousness of movie productions. I guess Merlin falls somewhere in between. I really can’t tell because the state of television has changed so much. As of now, television shows are on par with most theatrical releases in terms of budget, revenue, and subsequent cultural reach. I still guess Merlin falls somewhere between. I really do not know because I am trying to come to terms with the graphics.

Merlin was a 1998 mini series that ran during the Spring of that year. Because of the format, the story was allowed to take its time establishing characters, plot lines, and shoddy action. The story presents the classic Arthurian legend as told through the perspective of Merlin. While everyone knows him as a great wizard that may have had something to do with a sword stuck in a stone, he is given a full backstory complete with brazon graphics fitting of the late 90’s. Before one questions the reasoning behind so much attention paid to Merlin, Guinevere had her own Lifetime miniseries that ran in 1992 so you can just go fuck yourself. Martin Short — Role of a Lifetime.

Very early in the story we are introduced to two principal characters played by the same person. The Lady of the Lake and Queen Mab are supposedly sisters with the latter being upset at everyone’s ignorance of old magic. Queen Mab, if you remember your 7th grade literature class, has shit to do with the original Arthurian legend; so right off the bat we are traveling in some pseudo Shakespearean Camelot where everything is strange and Martin Short makes goofy faces. Merlin is created by Queen Mab of the fey and is raised by his human aunt Ambrosia. We then sort of skip the first 15 years of Merlin’s life, until the ripe age of puberty where he saves a girl sinking in a not so treacherous mud hole by making his stick grow longer. Yeah, I know. I actually wrote that while laughing. I am still in 8th grade.

Merlin learns of his destiny and is taken to the faerie kingdom where a flamboyant Martin Short teaches him magic. You know, this whole thing seems like a pretty sweet gig but just like a 7th grader, Merlin pisses it away in teenage angst. After becoming bored, Merlin returns home to find that Mab has killed his Aunt Ambrosia, prompting Merlin to only use magic for vengeance against his, well I guess his second mother. Strange. Yes, we are not even to King Arthur yet. Yes, it’s time for wild west ass kicking via magical desperadoes…oh wait…more love story? And then there is this girl. Well, she’ll come later.

To inject some history into the plot, we are introduced to King Vortigern who takes his name from a 5th century tyrant of the Britons. Merlin attempts to aid Vortigern but is imprisoned by him instead, where he runs into the same girl he saved from the mud hole. Her name is Nimue, and it is always funny when said out loud. Merlin refuses to use magic to get him out of his current pickle but this whole plot is complicated when Mab then aids / tricks Vortigern into sacrificing Nimue to a dragon with ineffective wings. Seriously, it looks like the dilophosaurus in Jurassic Park. Merlin is pissed when Nimue gets roasted and then aids the enemy of his enemy, Uther Pendragon. Aww shit here it comes. Pendragon is fairly level headed king until Merlin helps him out and he then turns into a raging asshole.

It is important to note the ambiguity of this story as the original Arthurian legends lie somewhere in the middle of fact, myth, allegory, and completely fucking outrageous fantasy. The television miniseries does a fantastic job at recreating this status by relying heavily on prior knowledge. Most everyone, except for me, knows Pendragon is Arthur’s father and can see the events leading up his son’s great rise to heroics. We are even given the famous sword in the stone bit and, although it is changed slightly, the sentiment still stays. Wait. Am I enjoying this? Maybe. Am I actually rooting for Merlin as his character is being fleshed out decently by Sam Neil? Absolutely. Do I sort of not mind Queen Mab in her 9th grade gothic girl at the Renaissance Fair outfits? Oddly yes. Do I feel anything for Nimue and Merlins love story? Oh wait, no on that last point.

So almost overnight, Pendragon turns into a power crazy horndog when he lusts after Igraine, who is wed to the Duke Of Cornwall. Merlin casts a 1st level Illusion spell and makes Pendragon look like the Duke so he can have a night of weird sex and eventually conceive, yes, you guessed it, Arthur. The first half of the movie basically sets up the more well known story of Arthur and the troublesome sword. For now, however, we are given the finale in the shape of a budget battle. Listen, I understand it is television and for the most part, the final battle scene between Pendragon and Vortigern has all the right elements. There are at least 50 people on screen battling it out, but where as Lord of The Rings gave breadth to battle, this scene looks like people running on a soundstage. This is probably why Vortigern falls into an icy lake at the hands of Merlin and, the object of desire in all Final Fantasy games, Excalibur. Oh yes, he didn’t put it in the rock yet. That comes later. Shut up.

I have decided to do this miniseries in two parts not only because it’s really fucking long but because the first half prepares for the last. Coming into the film, I half expected to laugh to the level of Krull but was surprised when I found myself half immersed in it, just like Dragonslayer. These are the two sides of a spectrum I have come to trust. Wait. Do I care about Nimue and Merlin and their complicated love story together? Yes. In fact I find the romance, HA, no I do not. Fooled you. Fuck that part of the story and doubly so for being so goddamn long. Hurry up and cast lightning bolt or magic missile. Stop kissing and tell me what happens next in the second part.