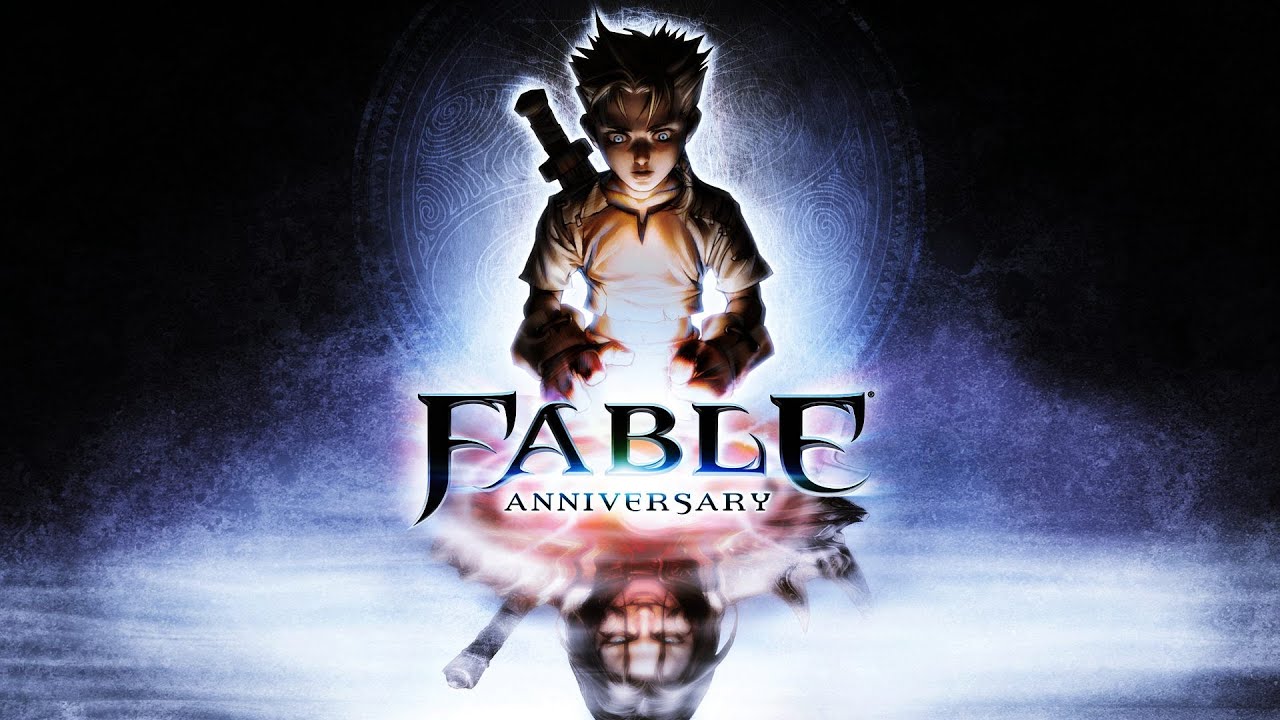 This is the fourth time I’ve bought Fable, and I suspect I’m not alone in that. Launching originally for the Xbox in 2004, it sold well enough that the developers decided to re-release the finished version a year later. Naturally, I bought both and then, when the bigger version came to Steam, I bought that too. And you can see just how much I loved it on this very site.

Now, marking the fourth time I’ve paid full price for Fable, I feel like after spending what must be in excess of a hundred dollars on the same game now, I’ve done my bit. And I get to be a little critical.

You see, the problem with the original wasn’t that it was ugly. It wasn’t technically impressive, but it utilized art-style and wit to get by without it. If you try playing the original today, you’ll notice it looks old but not ugly. It’s got the aged charm of a grandmother, albeit one who urges you to kick chickens and giggle at stoned ladies in the park. I still recommend it.

There’s a problem with this, though. They haven’t changed enough. Though the game play is still there and still as charming as it always was, that’s all it is. No changes to the systems, the sometimes nonsensical morality of the spell system (I mean, summoning a slain foe back to do your bidding is morally good? What, is this morality system presided over by baron fucking Frankenstein?) or any of the models are in evidence. The HD update seems to have gone as far as adding some flashier textures and perhaps a god ray or two, and nothing else. I don’t know what unnervs me most about this; Maze’s horrifying wizened face or the face I managed to cram a size 10 goatee onto a size 5 face.

Even the same nonsensical, stiff legged characters pigeon walking around Albion, just with different skins. It’s creepier than it might have been.

The pop in is abysmal, I should mention. And it’s also got far more glitches than I remember the original having, which doesn’t make sense, considering how little has changed. Why is this game less well developed? This is their third go at making Fable, and it’s also by far the shoddiest. More than once I’ve seen eyeballs resting at the pub after a hard days’ work carrying cider boxes uselessly about, without people attached. The patching seems fairly rapid though, so perhaps that whimsical sight won’t last much longer.

Also, for a HD remake, it’s worth pointing out that the textures aren’t even that good. I didn’t come to this expecting Crysis level, but if the one selling point of your game is that it’s been graphically updated you might want to at least aim to make your game look contemporary. As it is, it looks like something that would have looked average a couple of years ago, and distractingly awful today. Against all the odds, this is a game that hopes you’ll excuse its looks for nostalgia’s sake, while at the same time selling entirely on the promise of its looks.

Add in the day one DLC, and you start seeing what this actually is.

Imagine a necromancer noticing he just isn’t feared like he once was because of a litany of fuckups. He’s released a couple of wights with their heads on backwards, that kind of thing. Anyway, this necromancer goes into the vault and he finds the corpse of the last wight that was any damn good. Finding it a bit worn, he pulls of all the skin and crams a fresher, though still by all means old, meatwrap over the top of him and sends it off into town. honestly, it took me a while to realize the whole “graphical textures don’t load” glitch was a glitch, and not an intentional middle finger.

The problem is that the skeleton was that of a chimp, and the insides are starting to stink. And now no amount of polish can keep the maggots at bay.

See, a HD remake doesn’t have to be just a change to the textures. Especially when you consider that, like all HD remakes, it’s essentially competing with a mechanically identical, far cheaper game. Look at “Oddworld: New n Tasty”, if you want to see HD remakes done well. That game was wholly re-made in a newer engine. It innovated on the original design white remaining functionally identical to the idealized version people fondly remembered. Fable IS functionally identical, which is by no means the same thing. It carted all the old annoyances, things we were happy to forget like the inflexible down spike that is Maze’s tabard.

There’s not enough of a change for it to be worth the difference in price between itself and the original, and considering that this is pretty much marketed solely towards people who’d already played the game, I absolutely know it’s going to make money. Fable is an incredibly well loved franchise. But there are modders out there doing a better job of restoring old games than this and not charging for the privilege. Changing textures is so damn easy that Lionhead have just released modding tools to let people do it. So why, in the same breath, can they ask for money for having done the same?

Because Peter Molyneux thinks that he’s is Godus, that’s why.