A Life Dreaming: The Fantasies of Richard Dadd 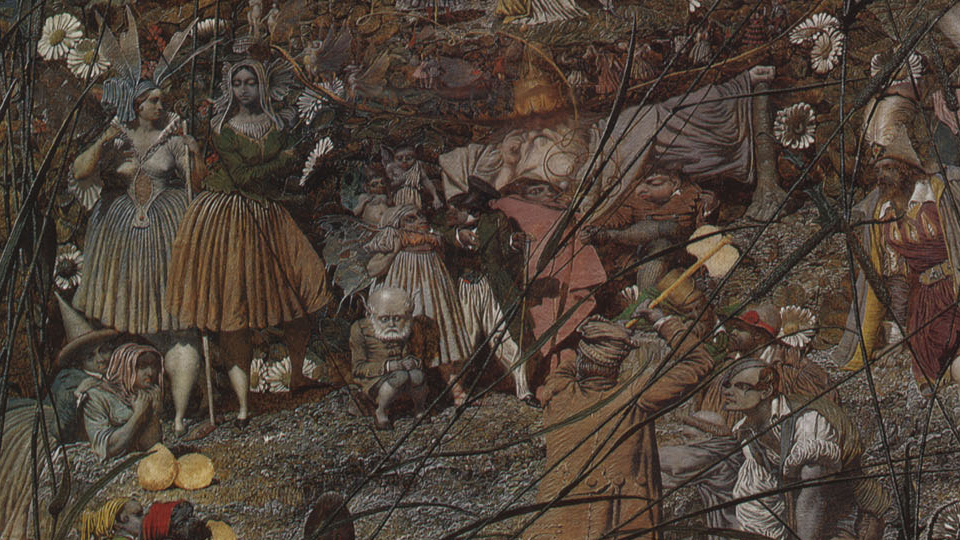 I enjoy fantasy – a lot. Part of my dedications into the idea of fantasy have focused on delving into all aspects of its history. From games to literature to folklore, the term “fantasy” becomes more nebulous when stretched into history becomes even more intangible across centuries when compared to what we know today. Fantastic subject matter before the 20th century has this ethereal quality when placed alongside fantasy art of the last quarter century and becomes the source of great fascination when trying to dissect. A style today that seems so concrete with depictions of dragons, elves, and faeries seems easy but when seen in art and artifacts throughout history, its meaning and context becomes rich and ultimately more complex. Digital Paintings of fairies from last year that appear on countless calendars bought online is one thing but paintings of fairies from a Victorian painters is quite another. While it is easy to cast one aside as serious and the other ephemeral, examining the history of fantasy art, in all aspects, shows the same quest for depiction of the unreal which transcends class, culture, and interestingly enough for this article, mental state.

Richard Dadd has a marketable story especially to those who are intrigued by art made on the fringes of society. Dadd’s life began productive as a draftsmen and painter whose skill was married to his interest in Oriental subject matter. These two combined to make a successful life which afforded him the opportunity to travel for his craft. Dadd’s fortune soon turned dark as his mental stability degraded on a trip in Egypt. This trip would start a hellish spiral into more instability which would lead Dadd into paranoid delusions and eventually the killing of his father in a delusional state. Dadd would then spend the rest of his life in a mental institution under constant supervision by doctors. It was here in which he would eventually be celebrated for the obsessive devotion to paintings and the bizarre depictions of faeries with one his most famous paintings. The Fairy Feller’s Master-Stroke was painted over the course of nine years while institutionalized. Commissioned by a staff member, Dadd poured himself into this complicated depiction of fey creatures which had roots in the Shakespearean universe but would go much further. While painted at only 59 cm, The Fairy Feller’s Master-Stroke is a large painting in terms of subject matter. Scattered over near impossible perspective, Dadd depicted a variety of fey creatures was even accompanied by a poem which explained all of his characters in even more complex context. What makes this painting unique is the level of detail sacrificed for overall composition. Even compared to previous paintings from the artist, there is crowded and busy atmosphere which is as frantic as it is intriguing. Cast in muted browns and blues, Fairy Feller echoes the work of Flemmish superstar Bruegel the Elder just with the last remnants of depth set on fire. With characters seeming to be on top of each other, the long spindly blades of grass crawl their way across the painting offering just as much madness as it does escapism.

The story of Dadd’s decline while intriguing is not remarkable as it follows a very familiar pattern of paranoid schizophrenia in a time where not much was known about mental illness. While it is romantic to believe that Dadd’s embrace of fantasy followed his break with reality, that is certainly not the case as paintings depicting Titania and Oberon were made before his infamous Egyptian trip as well as more banal subjects explored during his stay. What is remarkable and interesting is the progressive attitudes of art therapy as Dadd was encourage by his doctors to paint and also the stylistic shift which would eventually frame his later work. The drawings and writings of the mentally ill are not unique nor are they fruitful in deciphering. Dadds paintings, however, had enough skill behind it that his love for fantasy mixed with the frightening world to create something unique, enticing, and unnerving. 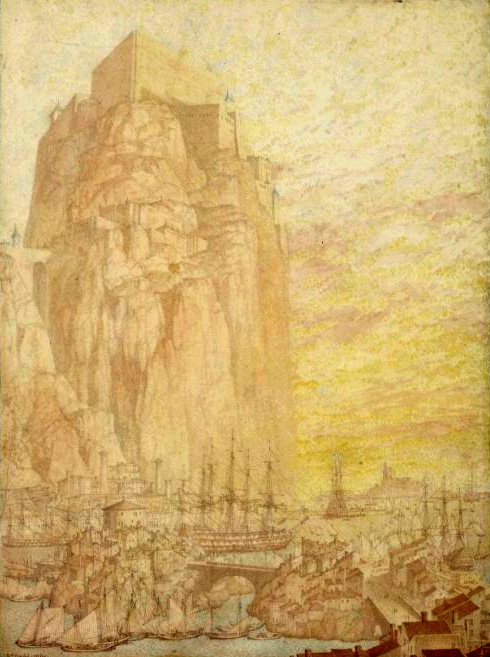 The embrace of fantastic subject matter prior to the 20th century was mostly through historical painting as well as literature. Shakespeare Midsummer’s Night Dream provided the platform of many artists to depict the unreal within a socially acceptable venue. Dadd’s Fairy Fellar does the same with references to Shakespeare and English Folklore but at a maddening level of detail and information. The aforementioned poem Elimination of a Picture & its Subject—called The Fellers’ Master Stroke is a 4000 word 600 line thesis on the painting does no more to explain the subject matter as is does to accelerate the romance of metal instability. I believe Dadd was working in the same way other artists used the subject matter just without the confines of social mores. Dadd threw himself into the painting and looking at his other paintings around the same time showed an artist who was embroiled in the realms of the unreal.

I tread carefully with things like this since there is a dark fetish for artwork made by either the mentally unstable or outsider folk artists whose works are treated as artifacts by the academic and elite. Dadd was not an outsider artist rather had a promising career dashed by his own mental chemistry. Dadds work within the study of fantasy art shows an imaginative spirit whose connection with the fantastic did not end with his mental decline. In fact, Dadds work and connection to the unreal shook artistic and cultural shackles and become perhaps illuminating of the maelstrom that was happening inside. Even non fantastic works like 1861’s Port Stragglin has a mystical quality with a large rock structure jutting out of the landscape like a castle somewhere high above the clouds. Dadd’s work from stable to unstable can be researched and appreciated for many reasons. There is no dramatic cure at the end of this story as Dadd died in Bedlam hospital at the age of 68. His paintings did not cure him of his illness yet it gave him something to direct his focus and energy. The work of Richard Dadd within the confines of the institution gives his work an intriguing and ominous tone as his subject matter became something out a dream. Dadd’s connection to painting and mental illness is somewhat less covered that that of a figure like Van Gogh yet the narrative is very much the same. Somewhere between the life and dreaming are footprints we can follow into uncertain shade.