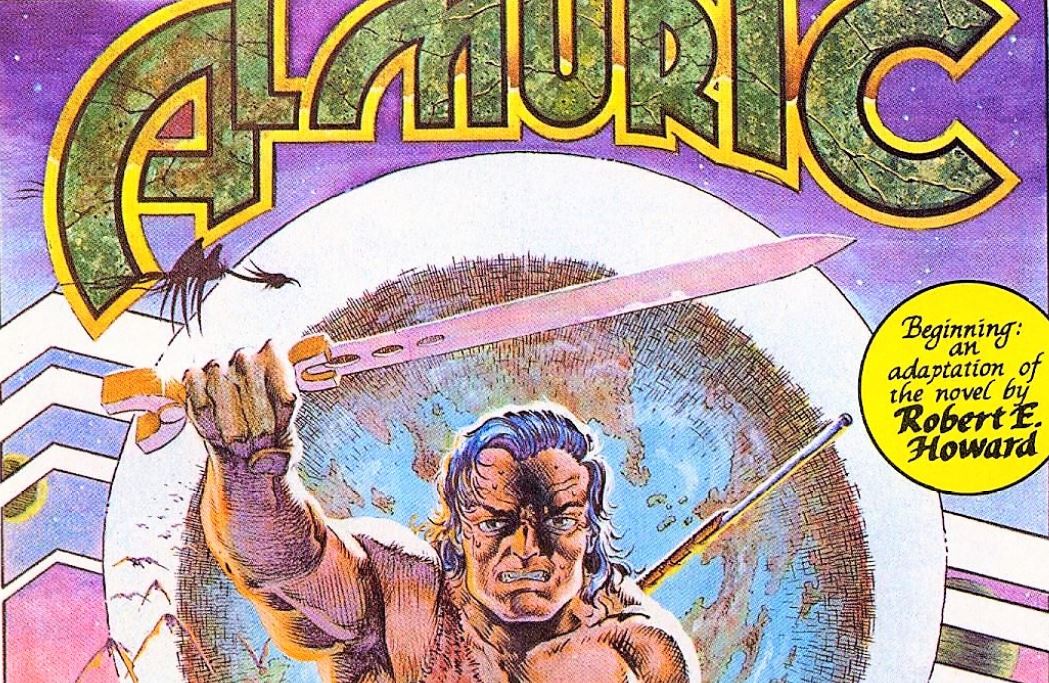 Brendan: Do you want to start doing some reviews on Fantasy comics?
…[echo]…
Are you into them?

Despite the seemingly sparse existence of contemporary fantasy comics, there existed, at one point, a proliferation of mature themed series that ran in magazine sized publications. Following the success of Heavy Metal, other magazine-style fantasy comics blossomed and existed for a short period including Questar, Ares, The Savage Sword of Conan, and Epic Illustrated. Epic Illustrated was an imprint of Marvel and proposed the same theme as Heavy Metal. While Heavy Metal is, of course, still running, Epic existed for a brief moment as a monumental collection of writers including Harlan Ellis, Jim Starlin, Dave Sim, and Roy Thomas and artists like Frank Frazetta and Barry Windsor Smith. From 1980 to 1986, Epic Illustrated offered 34 issues of complete escapism, providing adult fantasy and near alternative science fiction for adolescents and young adults of the early 80’s. I may also have 24 issues collected and sitting in plastic sleeves in my library. The life and times of Esau Cairn…sort of like Rocky but less mentally adjusted.

Almuric was written by Robert E Howard, which originally ran in Weird Tales serial in 1939. The story shares striking similarities with the 1917 Edgar Rice Burrough’s Barsoom series only with Almuric’s hero being 100 times more badass. The story connected with the early century pulp style, which sported grizzly heroes that solved altercations with fists and knives. Almuric sits in the very small but recognizable genre known as Sword and Planet that replaces the magic of Sword and Sorcery with exotic interstellar adventures. The sword still stays. That is right, in place of John Carter of Mars, pretty boy space traveller, we have Esau Cairn — a savage ex boxer who was just having the worst day of his life before being transported to a world of hostile ape like creatures. What is an average Joe to do other than fuck an entire world up before breakfast?

The 1980 comic adaptation does a surprisingly delicate job at preserving the original story’s narrative style. Like most early pulps, the hero narrates in third person as a distant recollection. The comic’s script was penned by Roy Thomas and drawn by Tim Conrad who both worked on the 1970’s re-imagining of Conan the Barbarian. From both of the talents we are presented with a sobering portrait of our hero. Esau Cairn’s early history as ranch-hand, boxer, mercenary, and eventual flunkie for a corrupt political office is presented in stark black and white ink. Cairn’s initial slaying of his boss provides impetus for his escape and fateful crossing with a mad scientist who sends him to the colorful world of Almuric — a planet that lies on the other side of the galaxy. Howard’s story starts much like the Wizard of Oz only with an ape getting his skull smashed in as an initial difference. Spoiler Alert: This shit gets crazy at the end.

Almuric speaks to the disenfranchised. It provides comfort to readers who have ever harbored feelings of alienation. Cairn, who obviously fits in nowhere on Earth, finds himself a respected warrior named Iron Fist after kicking the shit out of everyone he meets with his rock hands. Pulp fantasy is wonderful for its moments of calm. For a brief moment everything is right and Cairn finds himself not wanting art or intellectual purists and busies himself with drunken brawls and hunting alien beasts. He is happy and is also the type of hero that can be loved by adolescent readers. Cairn eventually find himself smitten by a runaway tribal women and gets caught up in high adventure against the Yagga — a race of winged creature that terrorize the women of Almuric. Time to fuck shit up again.

The bulk of action in Almuric is made up of highjacking flying creatures and forcing them to be used as transport. The art of the narrative has some odd but effective visual angles that only add to the dazzling brilliance of pulp adventure. I do not even care that some of the bodies are way disproportionate. Almuric, much in the same way as Kull, ends with the storming of a monster castle that lies at the top of a mountain. Almuric, however, is aided by a host of ape-like creatures that put aside their race war in hopes of liberating their stolen women. The story ends not with the return of Cairn to his homeland with a better appreciation of his own culture, but rather a continuation of his love for his new home planet. This ending also strengthens the possibility of sequels, which will undoubtedly see our hero fucking up large mammals in savage fashion once more.

The Epic illustrated run of Almuric is a fascinating shade of pulp adventure. The story ran in four consecutive issues, which always was preceded by a summary and ended with a cliffhanger. While both are obvious tools of commercial longevity they both continue a tradition that dominated low culture in the early 20th century. Almuric also gives readers a chance to get acquainted with Howard’s lesser known characters. Additionally, Cairn himself pays tribute to a creator who was obviously so alienated in his own Texas basement that he created far away places to become consumed within. While these are cheap second rate stories to some, Almuric and others like it are tender monuments to imagination and the comfort of a silent room. 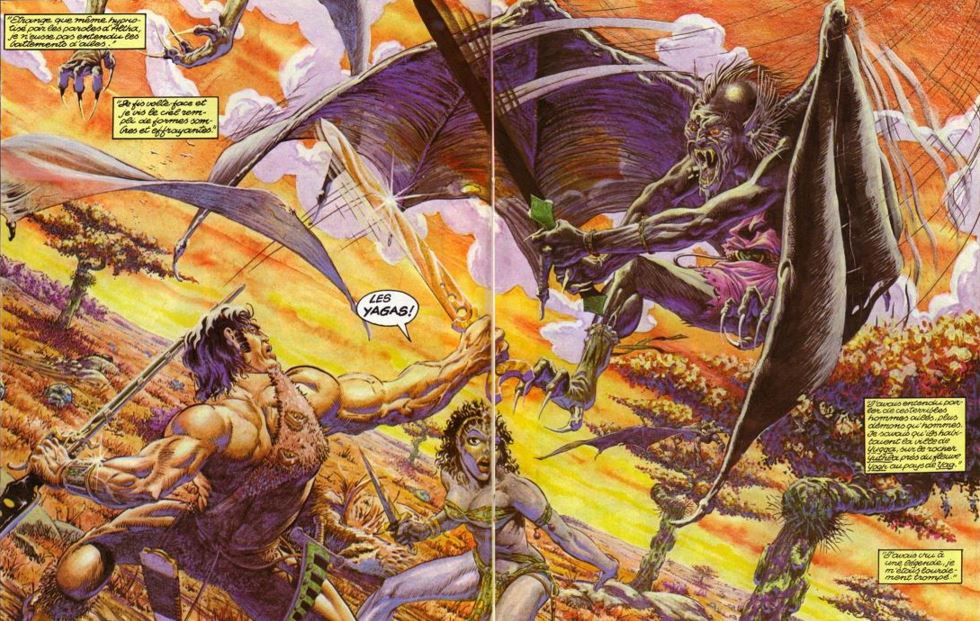