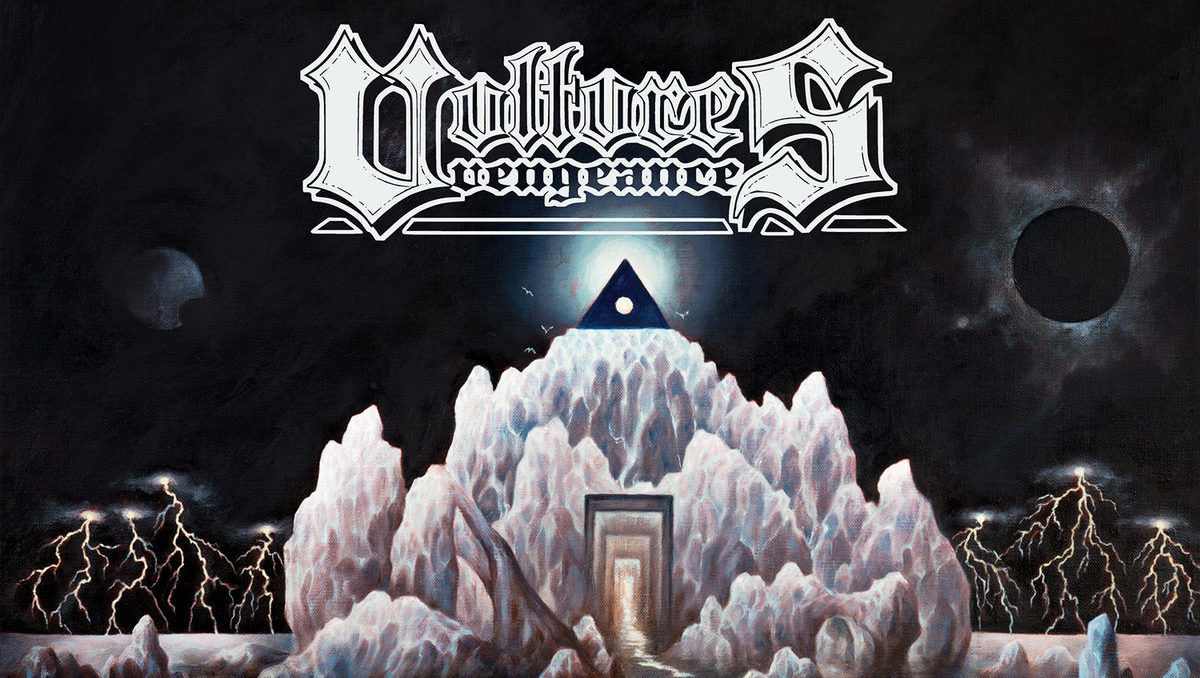 For the past few years, I have organized a quarterly top 10 for Reddit’s r/metal which consists of people voting for new records and tabulating positions. We do it quarterly to show movements among new albums and highlight records that stay strong throughout the year. We just had our Top 5 which yielded a large cache of new heavy and power metal. While the presence of heavy and speed among an internet forum could be due to the active participants, one could suggest the influence of traditional metal to be greater than past years. We have moved past the era where these albums are described as NWOTHM and have migrated to the pasture of traditional/heavy/speed being genres which sit along side black, death, and doom. It is the era where heavy metal can be as viable as anything else and not have to come with a throwback aesthetic. This is just heavy metal and made for people who can not get enough of this sound.

Vulture’s Vengeance is from Rome Italy and arrives with their first full length following a series of well received EPs and Demos. The bands current label is Gates of Hell Records whose parent company is the venerated Cruz del Sur Music. If any of those names make sense to you then you are in for a good time. Aside from having the look, feel, and sound of classic heavy metal, The Knightlore breathes a certain aesthetic which touches upon a special interest in people. At the crossroads of fantasy, lore, and optimism lies a sound which is free from the shackles of cheese and lives in hallowed halls of greatness.

I can appreciate the care and wordsmith of some metal bands. Vultures Vengeance, in all honesty, doesn’t astound with their lyrics though their imagery is enough to carry the music which seems to be the biggest draw. While the band deals in fantasy motifs for the most of the record, the subject matter is arcane and abstract enough to lead into real world issues and emotions. In Pathfinder’s Call, Tony Steele sings “Give me eyes to avoid the fall / and with it I’ll always be safe / From the abyss of the Mind / that is always open wide / for those who live in the Darkest years / And I still scream in the night” which is both rooted in the fantastic but applicable enough for any genre. Most of the songs on The Knightlore deal with the mysticism of death and the unknown with allegorical subjects that are bound to its stories. Executioners, Wanderers, Lords, Knights, and Pathfinders are all roles in a drama which is told through guitar solos and anthemic cries. The Knightlore rests on the legacy of heavy metal where its songs can be as simple as you need them to or as rich as you want to be.

Finally we have what is perhaps the biggest draw for this record is, of course, the sound. In the tradition of the very popular but still niche sound of gruff traditional heavy metal in the vein of Omen, Manilla Road, and Cloven Hoof. Combined with he fantastic imagery, this sound carries the scene of denim vests, paperback books, and an air of escapist excellence which fills the mind of its listeners. This style of heavy metal, much like its influences, isn’t initially accessible but rather comes with repeated listened and once that fantasy novel gets good and the world seems to melt away.