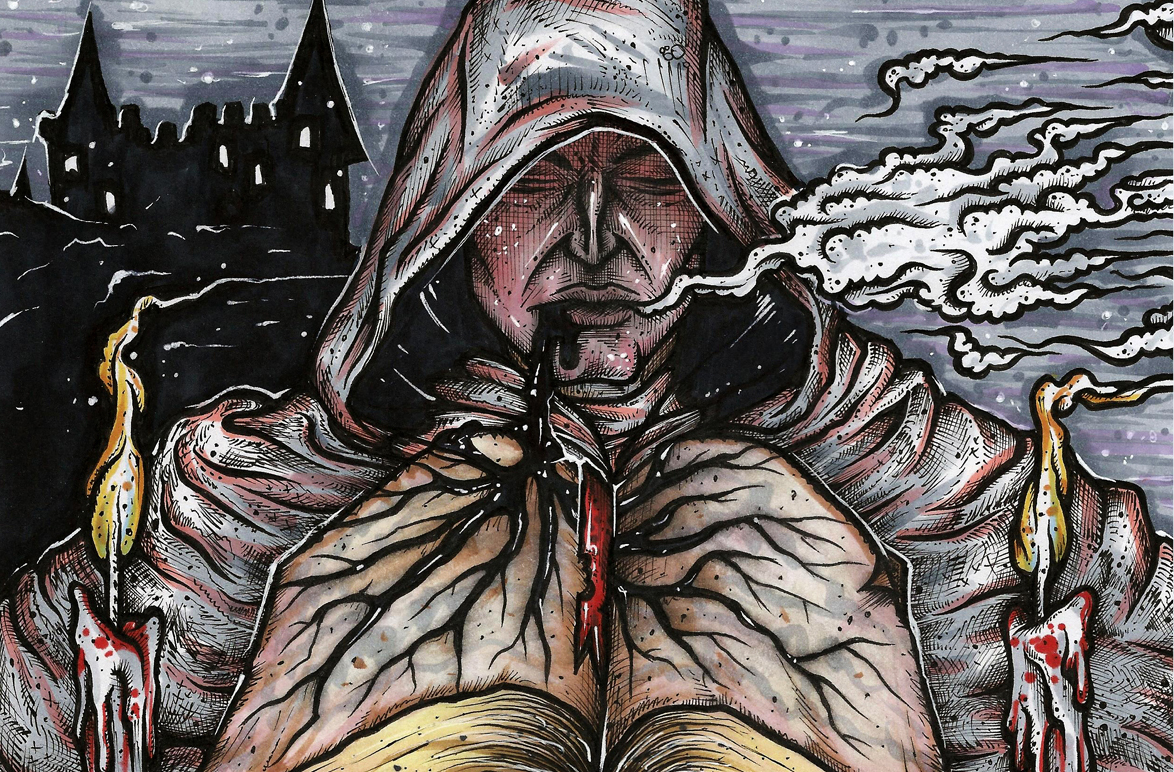 There is little reason to continue this series past a certain point. My intention with the DSC was to showcase the sound of dungeon synth in 2017. With the year coming to a close, I think it is time for the series to end at 12. This would be a volume for each of the months or three for every season. There is a charm in series and an attraction to order. While I am sure 2018 will bring new dungeon synth artists and records, ending this series before it became tiresome is better than making compilations with no interest. There have been many discoveries for me and hopefully others. the money generated through the sales was enough to keep this free as well as commission art from the community for its covers. The the final traditional volume now released on the Solstice, I hope that these somber sounds are enough to fill the final moments of 2017 with wonder.

By the fourth round of compilations, many know the order in which these compilations are grouped. There is a traditional volume, an experimental volume and finally a narrative. these are pulled from an open submission and are arranged by theme. Even though I am constaly suprised at the talent of musicians, I feel Codex of Lost voices is perhaps one of the more complete collections of dungeon synth in the traditional sense. Starting with the melodic and ending at the dark, this collection sees mostly new artists with only a few returning names. From the already known names like The Inquisitor and Krampusnacht to the relatively unknown faces of Anglachel, Conqueror’s Mourn, and Vandalorum, all of these artists and their music fit together like some somber chorus.

The library, that was once discussed for its manuscripts, and tomes had more than any one person could know. Restricted sections, ruined wings, and rooms that were boarded shut in haste. In such an abandoned place is where you would find the Codex of Lost Voices. Rumored to be the writings of magicians now trapped in between realities, occult recipes for a cabal of witches, or the documentation of a civilization before the current age, the contents of these books (and their number) remains a mystery. Few know the real purpose of these books as all who seek them out become entangled in its snare, absorbing knowledge and life into its pages. The collected works of these volumes is the sum of knowledge harvested from its victims. To read the Codex is to share at the table of a fiendish predator, one who lures its victims with the promise of secrets.

The artwork for this volume was done by Joshua Decker who took one of the voted names “Codex of Lost Voices” as inspiration for the piece. What was created was a ghastly looking illustration with a robed figure being absorbed into a tome. The scene was enough to inspire the album’s flavor text of a book which preys on the seekers of knowledge. With the codex of Lost Voices, The Tome of Lost Worlds, and the Manuscript of a Different Age, the thematic series of book named volumes creates a mythical library of dangerous and astonishing works. Perhaps this place will be explored further in future volumes or even modules for tabletop RPGs. whatever it is, I am sure it will be fantastic.

I feel ending a series is important as to set a stopping point. At this moment, I feel this series has enough material for archeological purposes as dungeon synth in 2017, is enshrined in 12 volumes. Perhaps in 100 years, this series will be discovered by others. Perhaps in 100 years, we will be beyond a digital means o listening to music. Whatever the case, this series has been far more entertaining than I ever though it would be. Sleep well fellow adventurers and in the morning we will be somewhere else.