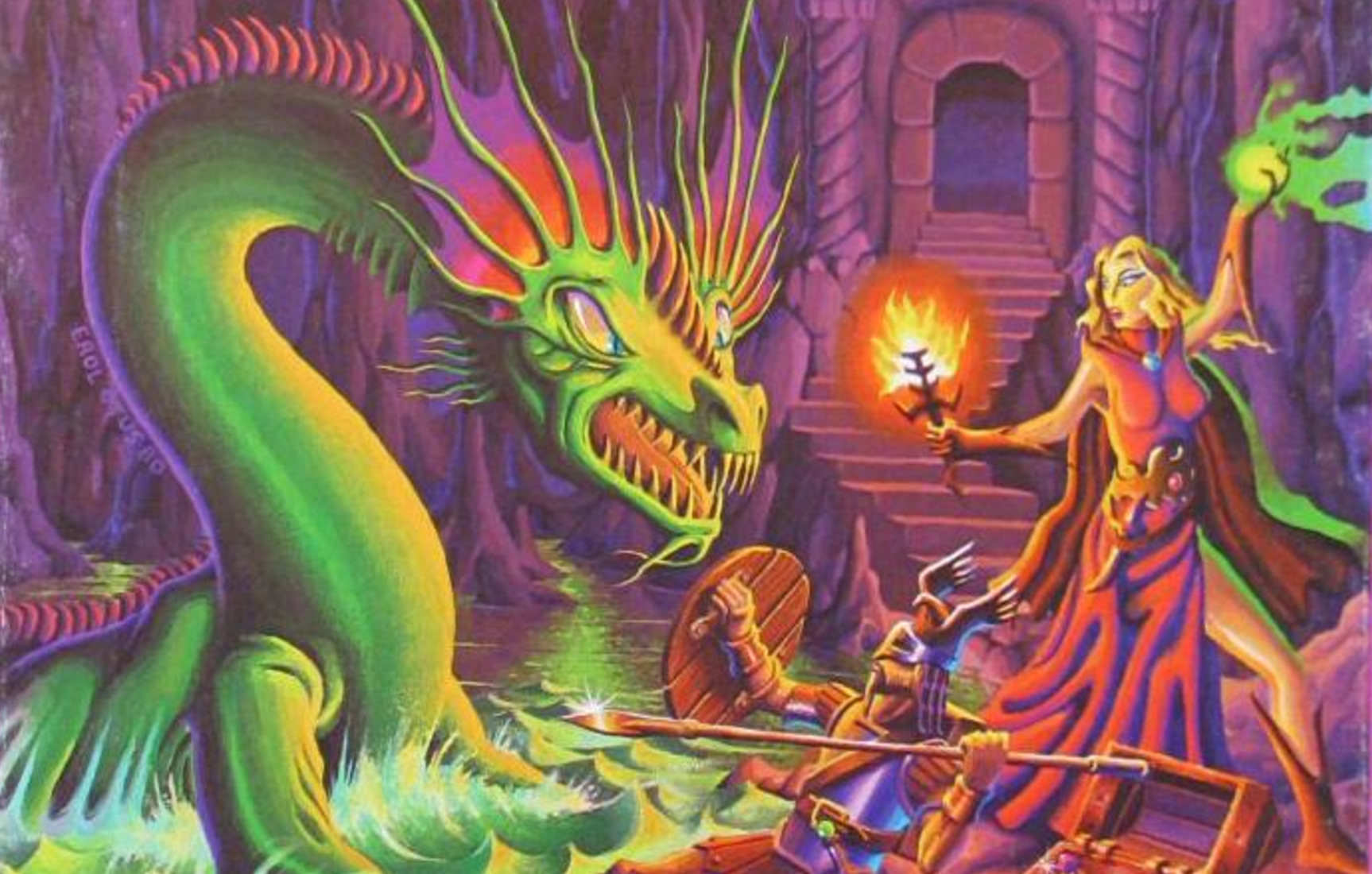 Alright. History first. “The Haunted Keep” was a beginner scenario planted in the 1981 Dungeons and Dragons Basic Rules Set. The editions of Basic D&D would be released in colorful boxes which would be distinct alongside the Advanced Dungeons and Dragons rulebooks. Basic D&D was intended to offer a stripped down ruleset that would eventually lead into higher levels with the advanced books. The Haunted Keep was a starter dungeon intended on teaching would be Dungeonmasters how to make up their own adventure as it gave the barebones of a narrative with tons of white space to fill in. The Haunted Keep was one of the games being offered at the third annual Wahsingcon — a boardgame convention in DC. Given all that we know about the early Basic box editions and being a super dork about old school games, I was excited to run through this and was enthralled when seeing the way we would do it.

Tim was our Dungeonmaster for the Haunted Keep and was a very approachable and excited guy who had the same admiration for these old games as I did. In fact, he didn’t care when I talked at what seemed like for days about all of the cool clones for old school systems. Along with the original Magenta box which caught the look of a few people in the room, Tim presented a completely different ruleset for the Haunted Keep which modded new things for the convention. Instead of rolling up characters in the traditional way or even adhering to any orthodox ways of playing the game, Tim presented us with a sheet that not only rearranged way character creation would be done but also skill checks, magic, and fundamental actions within the game.

When running a game at a convention the DM not only has to make sure an entire presentation for the game fits within 3-4 hours. Thus character creation, figuring out the rules, and fun conclusions has to be done before the next DM sets up their game. The hacked ruleset for the basic edition came with a stat array common to games like Pathfinder and 3.5 Dungeons and Dragons as well as “abilities” which most closely resembled feats found also in D&D/Pathfinder. The feats however were more like “special abilities” which were unlocked using your constitution. In this ruleset constitution wasn’t a stat that determined HP rather a resource that could be spent and sacrificed for the chance to do greatness. Magic was even tied to constitution as the idea was that all abilities seem to be rooted in the character’s ability to weather the phenomenon with their body.  Not only did this mod utilize perhaps one of the most under used stats in the classic D&D game but it also created a fun and potentially broken vehicle to run through old modules. In this sense it made a perfect fitting for the landscape of the convention.

The mod itself played well and gave our party more options in terms of doing actions. Not only did we have the ability to have advantage and disadvantage (taken from 5e) but the abilities gave us more options than run up and hit and pray that we survive. I played a fighter and the ability to trigger a counter attack out of turn was particularly exciting. some of the abilities and powers could easily be broken by power gamers which did not seem to be a problem for the creator nor the people playing the game.  The unlocked aspect of mod gave spell casters the choice to do various things which compared to the restrictive nature of old school systems was fun for anyone wanting to play spell casters. While I have yet to play this sytem on a longer timeline, for three hours it was a delight and pushed me further into the world of the Haunted Keep.

While playing this mod, I kept thinking way this is different than playing D&D 5th Edition or any of the other rules light fantasy variants. Why spent so much time on an old system if you were just going to disregard 90% of the rules? The answer I believe lies int he allure of old adventures. While 5th edition goes a long way in resurrecting the loosey goosey attitude which probably ran rampant through gaming groups, old school D&D has the quirks and charm of raw fantasy. While political intrigue and high level character development are of course facets for gaming, a place where good and evil were clearly defined still holds sway over peoples interest. Abandoned structures, working traps, patrolling monsters, and exploration into the unknown are all pillars of old school games. There is immersion in its simplicity and formula. The genre of old school dungeon crawling becomes in itself a vehicle for imagination which not only draws people who have first hand nostalgia but also a new generation who have no idea why these things are so interesting.