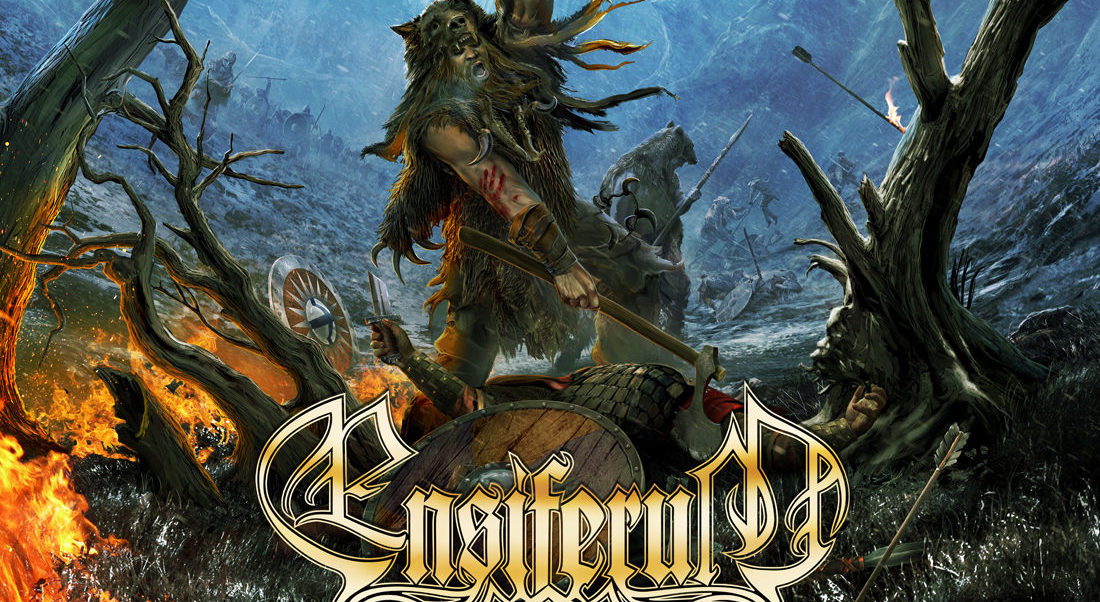 Heading into their 14th year, Ensiferum have something to prove. Moving on from their last album, the poorly received “Unsung Heroes” might have been difficult because it showed the band were capable of something you might not have suspected; releasing an “OK” album. While I can think of a couple of bands who’d long to produce an album like “Unsung Heroes” from Ensiferum, masters of folk metal, it felt like bit of a let-down. I don’t think it was bad, it just wasn’t fit to hold their heavy banner.

Thank the gods for “One Man Army”, then. This is an album worthy of their banner, not just bearing it but waving it about and jeering at the naysayers in the way only Ensiferum can, full of well-earned confidence and the kind of swagger you only develop with an axe through your belt-loop.

“One Man Army” is folk metal of the best kind. “March of war”, the opening track, would be more than at home in a fantasy tavern. In fact, with few exceptions, the whole album sounds like that: tavern music if the music director managed to lock the historical accuracy guy out of the studio and found a cache of electrical guitars. It’s not tied to tradition like some bands, but pulls liberally from a modern pool of tricks to make something bigger and better than what would usually be possible. A great example of this is the song “Two of Spades” that goes from gritty guitar thrashing alefest to Saturday Night Fever and back again in a way that is somehow both totally natural and entirely surprising. It happens so fast I yelled “What the fuck is this?” loud enough to panic my neighbor’s dog. I honestly couldn’t decide whether it’s a work of genius or a waste of time until I realised I’d had it on repeat for twenty minutes and hadn’t stopped enjoying it.

One of the major pitfalls for folk is that it’ll start taking itself too seriously and, thankfully, here that isn’t the case. Despite the obvious talent on show, there’s a clear focus on making something interesting and fun to listen to which I found to be disappointingly absent from their last album. There’s some welcome variety that, despite perhaps seeming a little unconventional, is easily far more entertaining. The classical folk metal is still here, most evident in the almost entirely acoustic “Burden of the Fallen”, which is almost an island of calm in a sea of battle. It’s impressive that they thought to include something so unlike the rest of the album, and considering how rare new folk metal releases can seem, it’s great to see a band with the confidence to let something like this exist. They’re definitely talented in metal growling, hard riffing and punishing rhythms, but they also know when not to, and that itself seems like a rarer talent. That it’s followed immediately by the perfect example of that heavier folk “Warrior without a War” just speaks to the incredible skill on display here.

And that’s without covering the subtle country western influences in “Neito Pohjolan” and the obvious ones in their cover of “Rawhide”.

Overall, Ensiferum’s latest is exactly the kind of album I wish more bands would make. A fantastic, no holds barred thrash through anything and everything the the band thought would sound good.