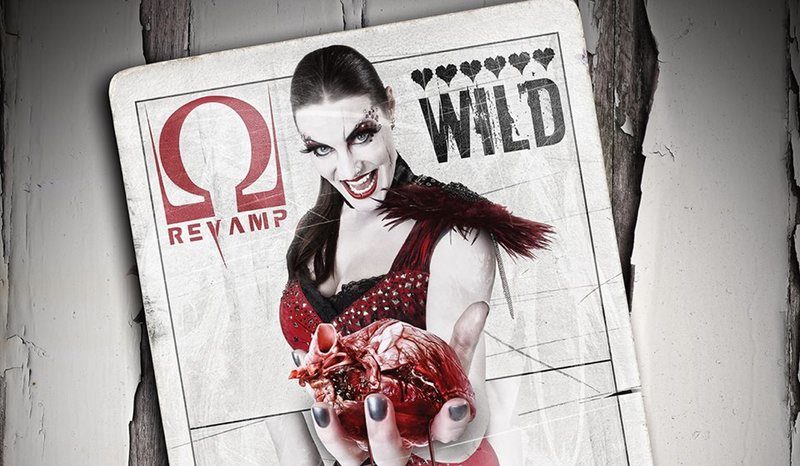 ReVamps’s sophomore release, “Wild Card”, is a testament to the make-or-break quality of a vocalist. A powerful singer can take average music and make it exceptional and a poor singer, or even just the wrong singer, can ruin a good song. The latter situation is what probably sticks out most of people, but you simply cannot overstate the importance of the former.

The band’s first album was more or less standard symphonic metal, but “Wild Card” moves in a different direction and aligns itself much more closely with what the kids are calling “djent”, featuring mid-paced tempos, simple, syncopated riffs, and an emphasis on “groove”. While I generally have no interest in this style, I find that it works quite well in this context, with the aforementioned grooves creating an unrestrictive foundation for Floor Jansen to sing over. And while the instrumental work isn’t bad by any means (Despite what I implied earlier), it could have easily have been mishandled by someone who lacked the appropriate artistic vision and the chops to back it up. Take the song “Limbic System”, for example, which could have ended up being just another Meshuggah rip-off were it not for Floor’s infectious vocal hooks and powerful delivery.

Indeed, this album is all about the vocals and the other musicians are smart enough, this time around, to get the hell out of the way. It’s a risky move but the confidence with which the band tackles it pays off in a big way. Floor absolutely dominates this album, not just with her strong sense of melody but also with her ability to sing everything from opera to death metal. So compelling is she as a vocalist that she even manages to outshine voice hero Devin Townsend during his cameo in “The Anatomy of a Nervous Breakdown: Neurasthenia.”

What’s interesting about the combination of grooves and pop hooks on this release is that it almost ends up being a dance album, which is perhaps what the whole djent scene was going for all along (even if they didn’t realize it). Indeed, in many ways this album feels like a proper realization of not just ReVamp’s own sound but the sound of djent in general.

But, seriously, can we come up with a better name for it already?