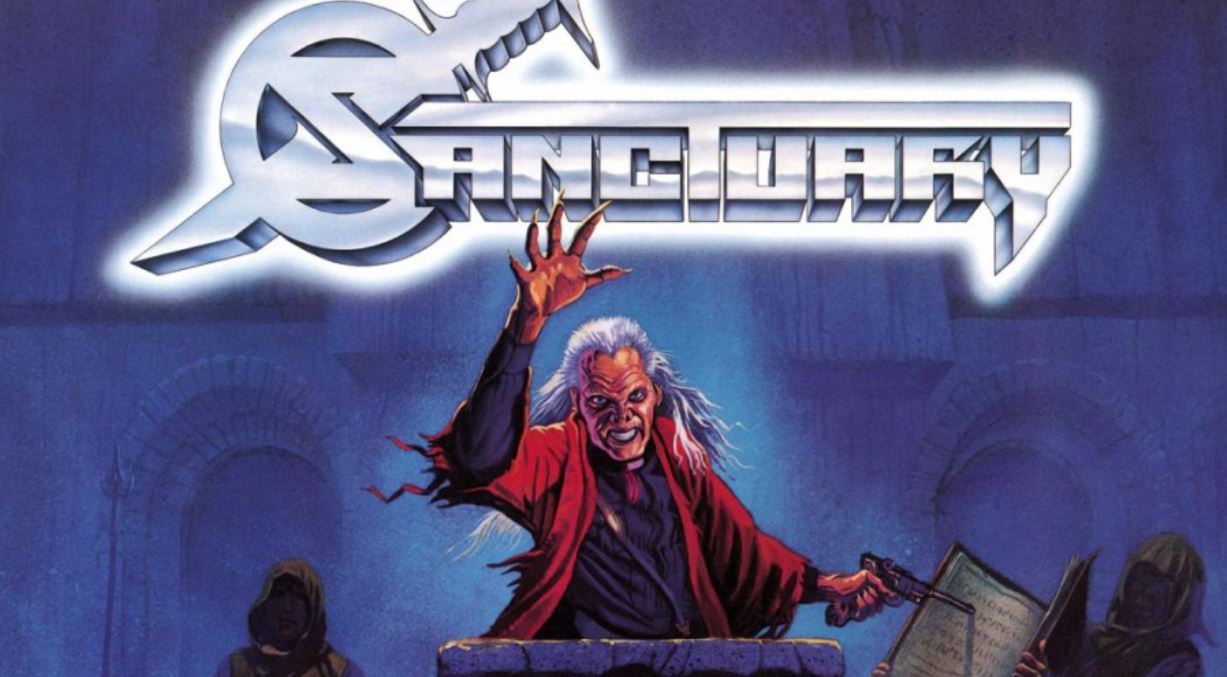 Sanctuary’s debut record is inevitably tied to its producer Dave Mustaine, who worked on this record in the space between Megadeth’s Peace Sells… but Who’s Buying? and So Far, So Good… So What! In fact, the story goes that members of Sanctuary went to a Megadeth show and partied with Dave Mustaine in a hotel room. Mustaine was shown the band’s 1986 demo and was so impressed he offered to produce their album. I know, it sounds like something that doesn’t remotely happen anymore. As the story continues, Mustaine also provided further involvement in Sanctuary’s life by denying guitarist, Jeff Loomis, a part in Megadeth following Chris Poland’s departure. Loomis would go on to form a band called Nevermore with the rest of the Sanctuary members. Before any of this would transpire, however, and before Sanctuary would go through some radical changes, Refuge Denied was born.

Refuge Denied takes the speed and raw intensity heard in the band’s 1986 demo and adds depth with a semi glossed production heard in later thrash records like Anthrax’s Persistence of Time and Megadeth’s Countdown to Extinction. Sanctuary’s sound is traditionally power metal but infuses a dynamic thrash element, which makes it incredibly unique. Songs like their eponymous track “Sanctuary” scale itself in terms of epic size to contrast against the band’s melange of science/fantasy lyrics. Refuge Denied walked the line between socially conscious metal and one that wants to become lost in escapism. While still buried in energy, the band’s variety in terms of songwriting is showcased with a record that couldn’t have worked unless all of its members gave it 110%. Its strength is in its confidence, which allows even almost terrible tracks like the cover of “White Rabbit” to sneak into an otherwise flawless record. Too bad this record is somewhat forgotten or not taken as seriously as it should be.

Refuge Denied lives in history with both fame and infamy attached. Much like King Diamond and Cirith Ungol, the vocals in Refuge Denied soar with operatic chaos. Vocalist Warrel Dane supposedly injured himself during the recording sessions due to the range and horizons explored. This eventually lead to a change in vocalist (?) on the band’s second record as well as further work in Nevermore. While subsequent Sanctuary records and the work of Nevermore does not climb the heights of Refuge Denied, one can take solace in the fact that Sanctuary produced one dazzling record that unfortunately came at a time when people were finishing up with the whole metal thing.

After a reasonable amount of success, even playing MTV’s Headbanger’s Ball, Sanctuary’s career was supposedly the victim of a music culture that shifted over to grunge rock. While history is a strange sort of animal, we do know that Sanctuary’s short reign ended at the close of the 1980’s, only to be picked up two years later with a new band and a different direction. At this moment, however, we can hold on to a few great records including Refuge Denied that still have one of the best album covers from the 1980’s.