THE CROWN – Death Is Not Dead 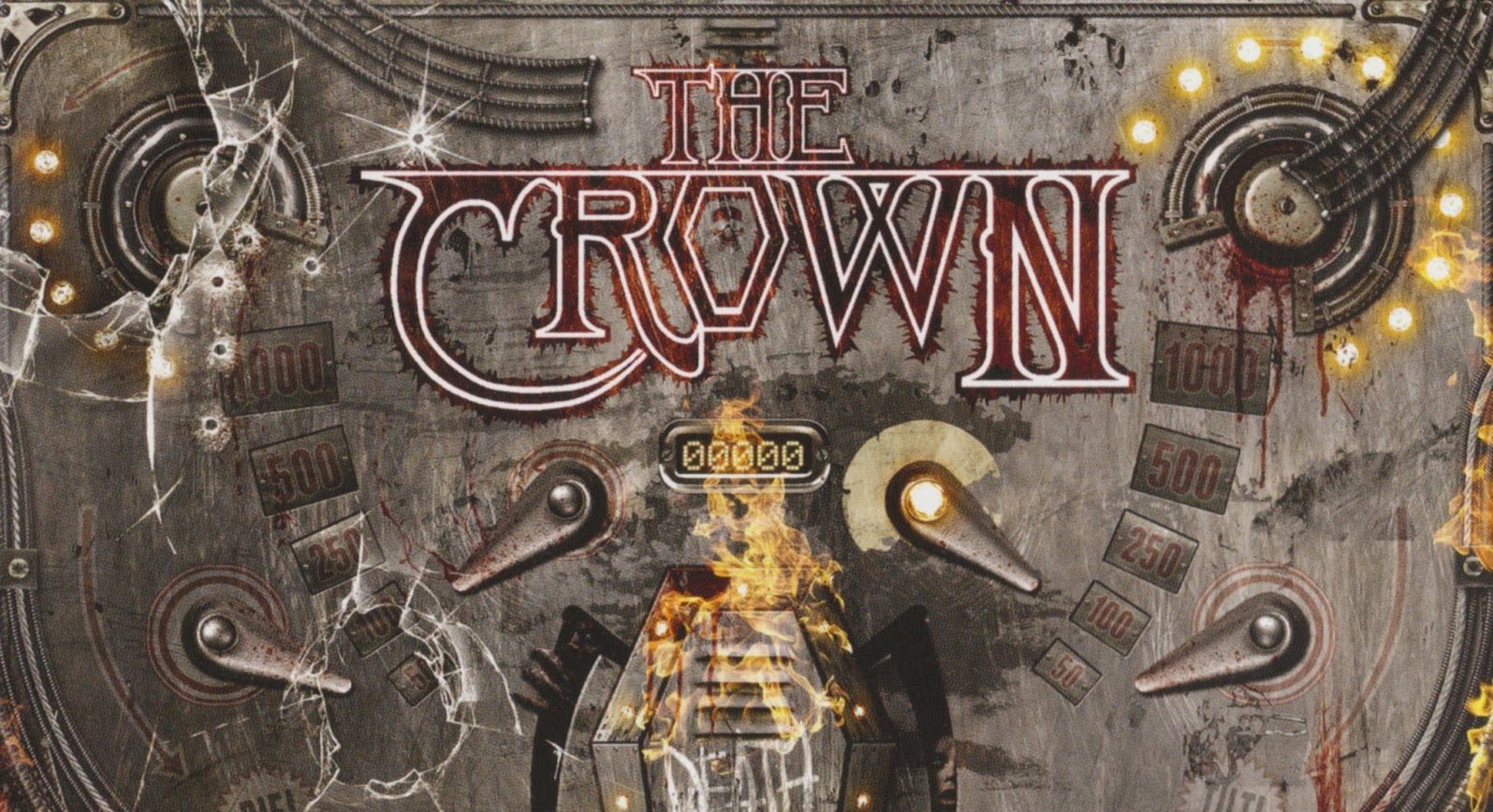 Death Is Not Dead is a big deal for the Swedish outfit for a couple or reasons. Firstly, it marks the (hopefully) triumphant return of their original vocalist Johann Lindstrand but perhaps more importantly it’s also the first new thing they’ve come out with in four years. Interestingly, the last thing they released, “Doomsday King” was itself a comeback album after a three year hiatus, which makes this difficult to classify. Is this a comeback to the comeback? The original vocalist is back, replacing Stalhammar who replaced him after he replaced Lindberd, who replaced him the first time he left. It’s seeming more like a intolerably drawn out game of the hokey pokey than a band at this point, and confused isn’t the best mood to go into an album with. Honestly, I just can’t imagine how awkward it must be to be a roadie for these guys, or whether the band themselves wear those stupid little “Hello, my name is _____” nametags.

Of course, this is all immaterial. What actually matters is whether the guy can sing.

Honestly, the answer depends on what you’re looking for. His voice is nicely gritty, but sufferers from being fucking undecipherable 80% of the time. “Headhunter”, for example, is structured like a lyrically driven song with the guitar work making way for the grunting of its lead singer, but it’s hard to appreciate when you’re only picking up the last word of every line. Not a bad voice, then, but fucking impossible to work with if you’re actually trying to convey meaning beyond generic grimness. In fact, if you want to simulate the effect, just take the last words from the first paragraph of this review. You end up with “reasons years classify comeback left with nametags” which, like the understandable lyrics on this album only makes sense to lunatics and conspiracy theorists.

It feels insulting to call it bland, but I’m struggling to think of another term. It’s not bland like oatmeal, tasteless and uninspiring. It’s bland like eating a particularly poor vindaloo for every meal would be bland. The surprise only works once, and despite its lauded ferocity, there’s not a lot more. After a couple of listens it feels more like a labour of obligation than one of love, a dutiful attempt to keep the band together and do something than an expression of any actual meaning. It’s good in a passes the time kind of way, but it’s not going to change the world.

Which is a shame. The musicianship is to a pretty high standard (on the second half of the album, especially) and the vocals, while illegible, are done with a unique kind of vicious energy. I feel like, for some, it’d be incredibly easy to love, and yet for me, it just doesn’t quite make it. It’s all a little too safe, a little too predictable and though the guitar work especially is well done, it’s nothing we haven’t heard before. Indeed the opening to the album, the first thing you hear when you start it up, sounds almost exactly like Marilyn Manson’s cover of “Sweet Dreams”. It’s an issue of direction, I think. The guitar work is good, overall the song structure is passable if predictable, but upon reaching the end I couldn’t actually tell you what any of it was for or about.

It’s the musical equivalent of loudly storming into the wrong club at five in the morning. A lot of energy on display, and maybe even passably interesting, but it’s clear there’s not a great deal of direction, making the whole effort a little pointless.

Tags: Death Is Not Dead, Luke M, The Crown
Categorised in: Metal