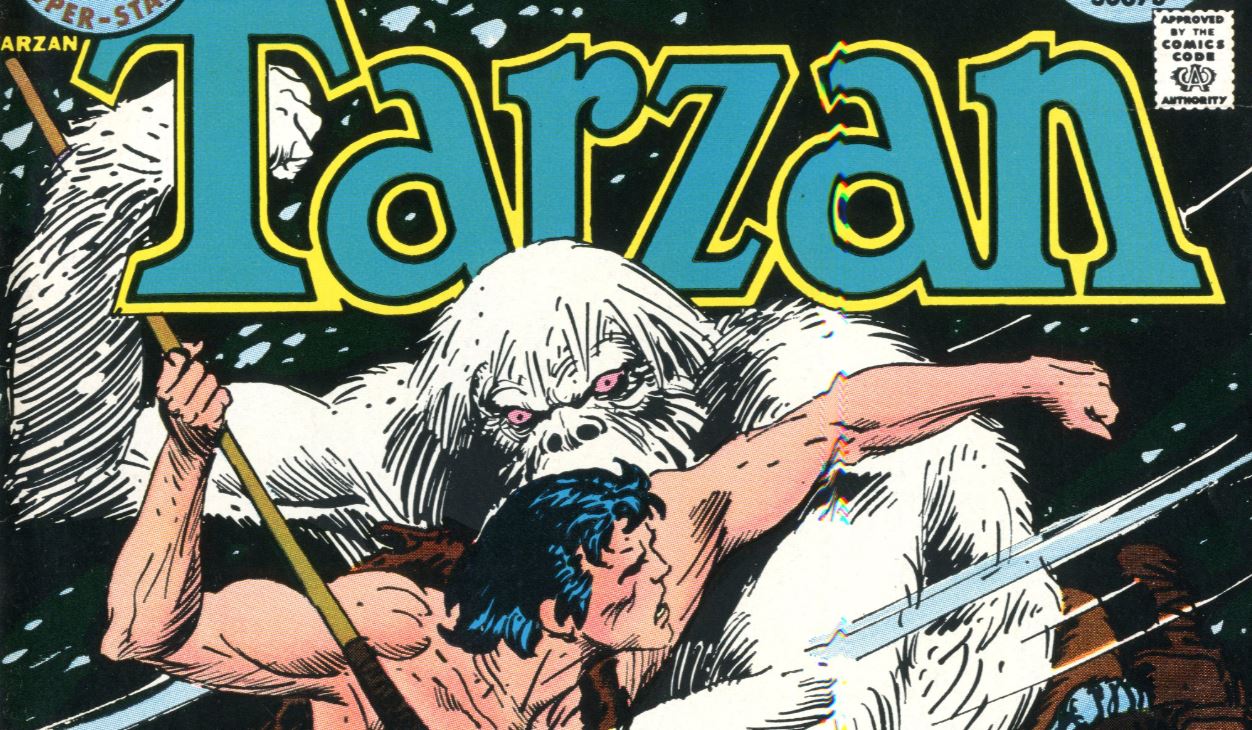 Okay let us get right down to it. Tarzan has had a lot of comic adaptations and the one I will be talking about is, perhaps, the most famous but it is one of the hardest to find. Aside from comic strips, Tarzan in comics began with Tarzan #1-131 running from 1948 until 1962 under Dell Comics. Afterwards, #132-206 was produced from November 1962 to February 1972 under Gold Key Comics. #207–258 is the particular piece of the series I will be talking about and was the time when the series was helmed by Joe Kubert under the watchful eye of DC Comics. Tarzan would later be shifted to Marvel in the late 70’s, but for now the man of the Jungle would be molded and incubated by Kubert’s vision. Kubert’s Tarzan has been celebrated by not only comics fans but also fans of the original writer, Edgar Rice Burroughs. Perhaps this is because Kubert rebooted the the whole series without renumbering, so from #207-258 readers were given the chance to reset their love for Tarzan. 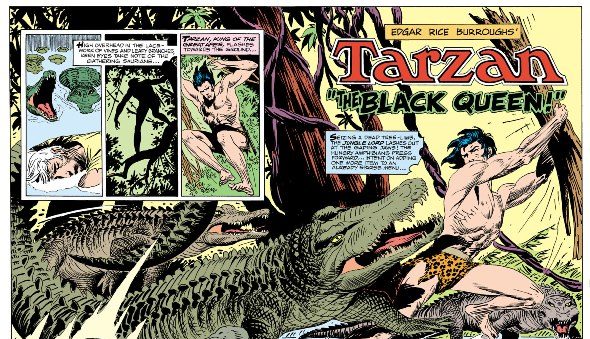 Before we get to the comic, let us talk about the character. Tarzan was created by Edgar Rice Burroughs in 1912. For half a decade, Burroughs would write 24 novels detailing the adventures and love of a wild man raised in the jungle. The novel’s success was due, in part, to a multitude of things happening at the time, including exotic fetishism, cultural stereotyping, and the wild thin premise of a wealthy child being raised in a fucking jungle. The absurdity of Tarzan was not unlike the science fiction / fantasy epic Basroom series also being written at the same time. Whether on Mars or in the jungle, both Tarzan and John Carter imaged worlds so delightfully absurd that it captured the imagination of a generation.

The DC comic run basically rebooted the series starting with Burroughs first novel Tarzan of the Apes. The origin story sees John Clayton, child to John and Alice Clayton, raised in the jungles following the death of his parents, who were already marooned in the east part of Africa following a mutiny. Damn. Things can’t go right. Tarzan of the Apes sees our savage hero learning about his past and eventually bettering himself in a novel-long training montage sequence. This is all while slowly gaining credibility in the rest of the Ape clan by harassing a local African tribe and eventually taking his rightful place among the elite when killing the local alpha ape Kerchak. Tarzan is basically a classic story of self actualization within the scope of shirtless men.

With a new Warner Brothers’ film that is slated to arrive in July, it is important to recount the origin story. I mean, they could fuck it up. However, most people at least are familiar with the character enough to have him jump into any story. The DC run of Tarzan is a great place to start if you were looking to understand the original story without having to read through Burrough’s novels. Kubert’s adaptation, compared to previous incarnations, was more savage and rough looking compared to the Gold Key issues. The entry point for the character still shines in classic pulp style but with the sensibility of modern graphic storytelling. Tarzan’s character flared and, by all accounts, Kubert’s adaptation recounted the stories of a boy raised by the harsh hand of untamed land.

After all this is said however, Tarzan is goofy. I am sure that it was even wild and unorthodox at the time, but the whole exoticism of the story has sort of soured over the years compared to other things like John Carter. Still though, the new film will be enough to rouse interest and by the looks of it, the David Yates film won’t even be covering the classic origin story. If one was ever interested in getting down with Tarzan and the parable of what can happen to a man ripped from society and raised by primates to become a dashing anti-hero, then Kubert’s #207-258 is the perfect place for you to begin. 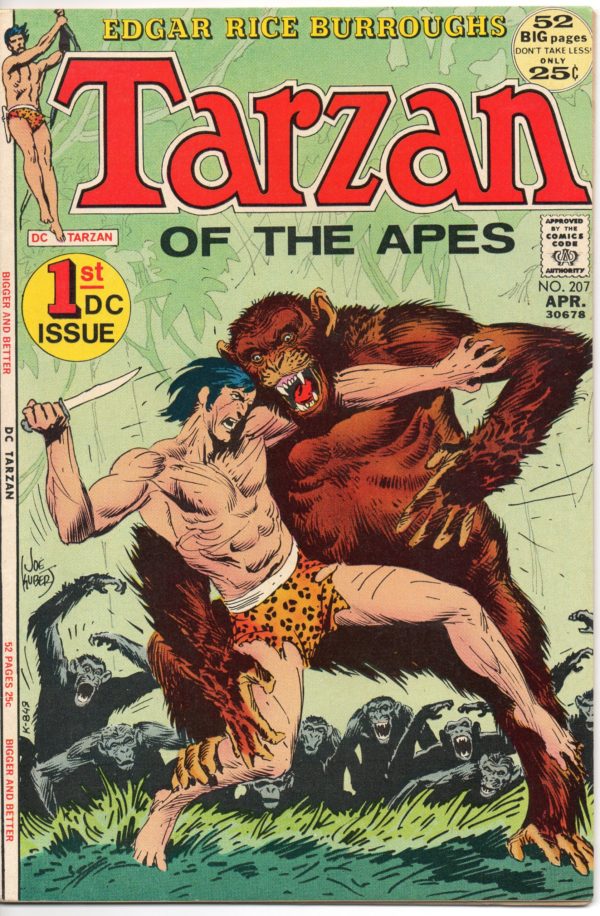