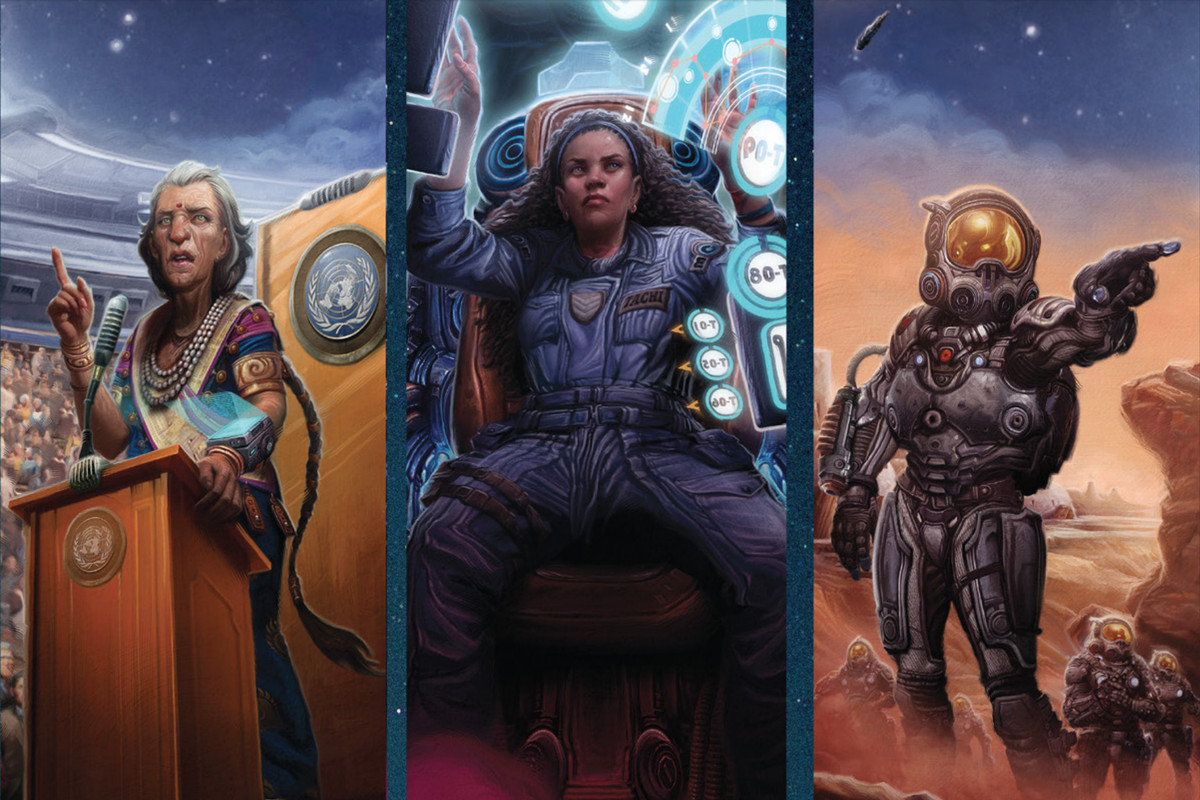 It was Saturday of the convention and during the twilight hours of 10pm, all of the blocks of games would be in their 2nd or third hour with still two hours to go. The vendor hall closed early at 7 and for few quiet hours the outside of the Clarion Hotel in Shepherdstown West Virginia is filled with the occasional shuffle is a person carrying games or the occasional smoker — though that activity is smaller than other conventions. It had rained all days and by now the rolling hills out to the highway would be slightly covered in water from the nearby ponds and streams which would mean getting out would be difficult. I did not attend my last game as I wanted to play a historic miniatures demo called Bolt Action instead. It turns out, the person who brought Bolt Action already packed up the materials and left the convention. Instead, I sat for the last few hours painting a WW2 tank and gleaning painting techniques from a local miniature enthusiast.

There are only a few of us in the tabletop room and by few I mean there is me with my tank, two people demoing an old classic wargame called OGRE and then two other guys who seem to be playing / loitering around another game with impossibly large miniatures on a dungeon grid. To most who come by looking for the same Bolt Action demo, this looks like 7 people in a small room with nothing to do, but for a few hours while I painted by tank, I was enthralled with the banter between the miniature enthusiast and the guys playing that dungeon game. For a few hours I heard them talk and trade stories about miniature paint, to reports, and rules questions all while I learned how to stipple my Panzer tank to simulate splattered clay. Learned to love the palette of military vehicles especially when covered in organic debris.I started to admire the advanced knowledge of WW2 history from people who spend a considerable amount of time simulating the infantry and transports in 20 mm, 25 mm, 28 mm, and 30 mm. These are the types of moments that I love at the dead of night time is passed with the minutia of hobby jargon.It looks like I did nothing for a few hours but in reality I wouldn’t want to spend my time anywhere else.

1d4 Con is a tabletop convention held in various hotels in the West Virginia area. I wrote about this convention last year and praised its intimacy being a growing convention that is still accessible for gaming. I was ecstatic when our room was on the first floor and only a 90 second walk to the area where I would be spending most of the weekend. While larger conventions obviously have more activities, these up and coming conventions still offer a variety of games just without the throng of people. I started attending this convention as press and my second year I still feel more of a participant than an observer. I was going to come regardless on whether or not I would be writing about this year’s event. The size of the convention is small enough to notice the people you played your morning RPG game with and even the people who you LARPed with last year in the basement of a Holiday Inn. This happened with the guy who was at last year’s Vampire game and we were both commiserating the absence of this year’s event since they seemed to secure a large table for the macabre game of statecraft. This all sounds strange and silly but to most people here, they wouldn’t want to be anywhere else. Below are some of my game reports throughout the short weekend which gives me a time to reflect on events like this and the ability to try new things. If you notice the word Accelerated, you already know which system I am talking about and probably how this game went. “Accelerated” is referring to the FATE accelerated engine which is a condensed version of the FATE core rules system. Fate, created by Evil Hat Productions, is a rules lite storytelling system with a deceptively complex combat system that employs the use of fudge dice (the ones with + and -) which are now more commonly known as Fate dice. FATE is often employed in an array of creative settings and scenarios and is easily used to tell wild stories and is also a favorite of GMs to play with other GMs. Atomic Robo, Jadepunk, Kerberos Club, Camelot Trigger are all wild settings with niche cult like fandoms. Iron Edda is one of them an imagines the world of Midgard as facing the onslaught of Ragnarok just with the addition of Mech frost giants weilded by handlers known as bonebonded. Why wouldn’t you want a fantasy viking setting spiked with mechs? The scenario we played was interesting as the holdfast creation was lively and allowed for quick world building. I still struggle to wrap my head around some of Fate’s more abstract character concepts but that was also probably because I not only had to imagine my character but the soul of the frost giant I was bound to. Our GM was wonderful despite me not enjoying the later part of the game as FATE’s combat system always feels like contest to see who is the most crazy or clever with their actions. I feel that tactics go out the window for things like turning into a skyscraper sized giant and kicking the evil mountain, which I eventually did, but I felt this crazy action stampeded over everyone else’s plan and thus the wrong thing to do. Perhaps one day I will understand enough to enjoy this setting but FATE has continually confounded me despite some of its more rich storytelling settings. The Expanse is a sci fi RPG which is based on a 2015 television series which is based on a series of books that began in 2012. Basically if you play The Expanse RPG, you are playing in the world of The Expanse where to enjoy yourself you have to surrender to the setting. In place of large player agency, the Expanse is for players who was to live stories and experience the world created by author(s) James S. A. Corey. It is a setting which is similar to the Traveller universe or any other space opera with a gritty setting. the the credit of the Expanse, the setting was conveyed well in a short time period with its overdeveloped galatic empire housing multiple people with opposing motivations. The system ran off of the Adventure Game Engine (AGE) which is a rules setting that powers the Dragon Age RPG and the romantic fantasy world of Blue Rose. I found the storytelling aspect of the AGE system fantastic and for instances where we were not in rounds to be enjoyable. The combat system and the addition of stunts (tabled benefits you can buy when rolling doubles on two dice) was novel though many instances did not fit the action and even stupefied players to how they were going to spend these points since they rolled amazing on opening the door. The AGE system is infamous for its wonky system which usually lends itself to hacks among its most ardent fans. I found the whole system good for a convention one shot but was baffled why we were in character action rounds when the whole thing felt more like a storytelling system. The experience was actually quite enjoyable and has led me to pick up the first book from the Expanse series and maybe even try the show. Whether or not I’ll come back to the AGE system for anything other than convention play is another question I’ll answer later. It seems that most of my experiences with these RPGs have been lite storytelling systems or at least the ones I enjoy. For conventions, I seems to be drawn to the storytelling systems as a GM since explaining complicated rules systems with strangers maybe less than desirable. I feel, as a GM, I can draw out people’s creativity and run with wild stories rather than being developed in rules minutia. In the past, I have run things like Dungeon World, Tales from the Loop, and Danger Patrol at conventions with wild abandon. I found Uncanny Echo online and was intrigued by its modern supernatural setting an also its basis in the Apocalypse World engine. Powered By The Apocalypse is a phrase which means that it plays similar to the RPg Apocalypse world which is a storytelling system with “character moves” and “GM Moves” upon failure. The system runs on a 2d6 and can vary in its complexity. Uncanny Echo was one the far end of light to the point of not even needing to roll most of the time and players driven to accomplish certain narrative goals. For the four hours of our game, the players crafted a silly yet cohesive story of a haunted coffee plantation which was told through three different stories. One of the more intriguing aspects of Uncanny Echo was its serial nature and that each hour you could play a different scene which would make up a larger narrative. I mentioned to my player this was like a twin peaks episode with the each scene being apart of a bigger meta narrative but a Tarantino film could have easily worked as well. This is the type of system one can run with very little prep or stress as long as they are confident they can entertain players and keep a story running for four hours.

One of my last games was a Call of Cthulhu RPG which i declined in favor of exploring the small college town which was a 2 minute drive from the hotel. Being t larger conventions, finding food is sometimes a stressful occasion with doves of people crowding local establishments. I do not think the establishments noticed our arrival as we were the only people with lanyards hanging from out necks. I still enjoy larger events like GenCon, PaxUnplugged and local events like Magfest but for a few times out of the years I enjoy coming to a place where 200 or so enthusiastic players play pretend for a few days and actively pursue a hobby that has taken us out of the reaches of West Virginia to accomplish. Perhaps next year I’ll run an old school D&D game or maybe try and track down that Bolt Action demo. Who knows, maybe Ill get more into historic miniatures and have something else to talk to people.