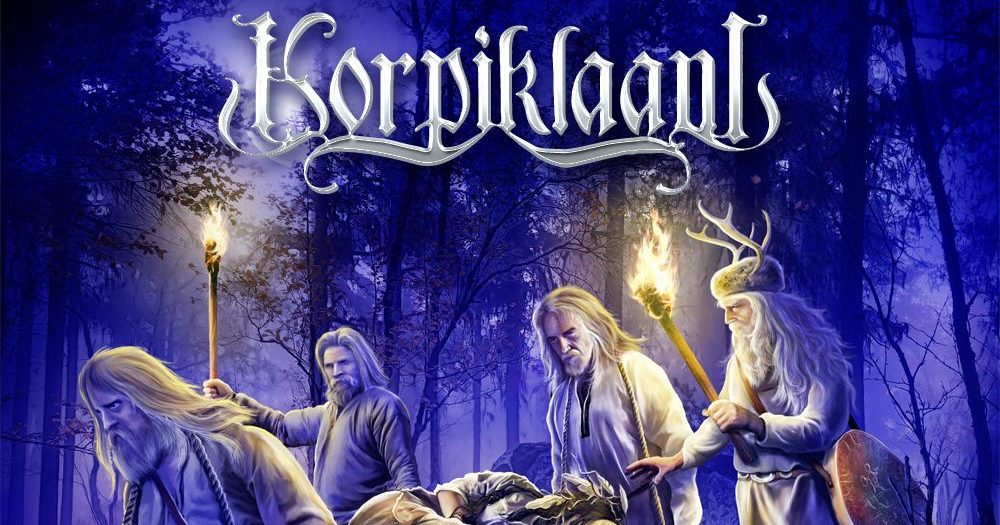 Korpiklaani is, in my limited understanding, the gritty reboot of the band Shaman, which in itself was the gritty prequel to Shamaani Duo. Either that or the band’s name changes signal a change in composition and direction while maintaining a solid link through their core musical style and membership, but honestly what are the chances? My money’s on the first thing.

What’s important is the nature of that direction, and thankfully Korpiklaani is on to a winner. Despite what their unwieldy name might suggest, they’re the masters of energetic, light and catchy folk metal, with the emphasis firmly on the folk. Think violins and accordion lending their particular strength to the typical heavy electric guitar and bass. They’re well known for producing light jolly metal riffs and, just occasionally, the hardest polka since Geodude.

Fortunately (or unfortunately, if you despise joy) this album is a worthy successor to their last, adding to their body of work with a collection of very solid catchy tracks. Obviously I can’t speak to the lyrical quality thanks to the language barrier, but I’m reliably informed that their typical subjects deal with issues like getting a little drunk and getting far, far too drunk. What I can say for sure is that the vocal quality is particularly good with Jonne Jarvela’s voice lacquering their folk stylings in just the right amount of grit.

Old listeners will immediately notice that all this could be said to describe their previous albums, and old listeners would have a point. Any one of these songs could blend perfectly into any one of their albums flawlessly.

The reason I find no problem with this is, simply, because there isn’t a whole lot that sounds like these guys do. Alestorm comes to mind, but that’s more because of a similarity of approach than anything else; you’re not exactly going to confuse one from the other without some serious drinking beforehand. Though nobody could possibly blame you if that were the case.

There’s a fixation on seriousness in metal that Korpiklaani seem happy to ignore, and thank God for that. Too many bands take seriousness as an all-or-nothing venture, where you must either sing the praises of the allfather with the all the glee and spirit of a medieval monk or ride a gigantic foam spewing dick onto the stage of your massive sold out tour. There’s unfortunately not a lot of bands that stake their claim between these two extremes, paying their respects to a great and important past without becoming humorless drudges. Thankfully, Korpiklaani is an exception. There’s some clear respect for tradition that comes across in the melodies and instrumental choices, while still finding the space for stuff like the flamboyant accordion in “Sahti”.