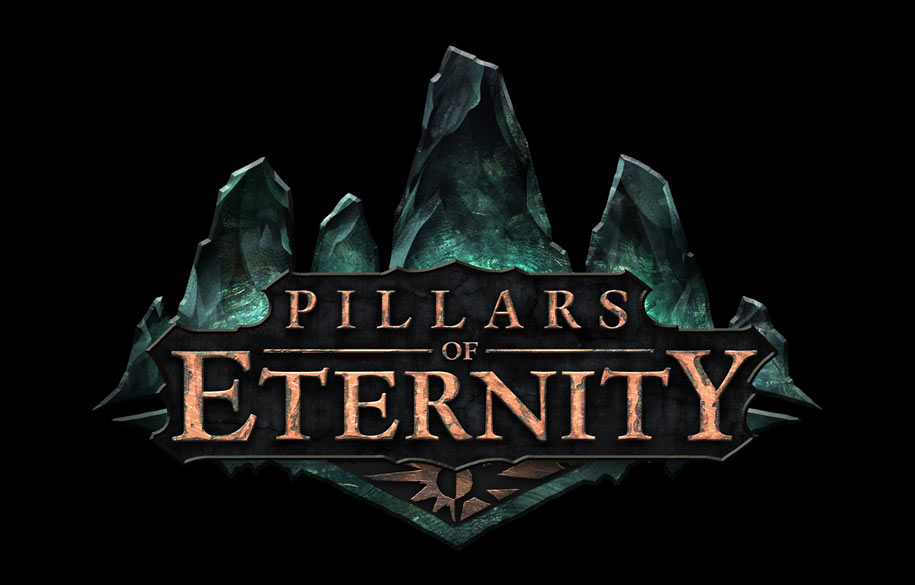 Pillars of Eternity is a new fantasy RPG produced by Obsidian and kickstarted entirely by people who prefer deep complexity and vast swathes of well written text to shiny graphics and floating arrows that magically hover over your next objective. This means that, no matter how good it is, there are always going to be some people that dislike it. They’re the same folks who dislike having to read quest objectives, whose greatest desire is to sprint thoughtlessly toward a glowing point on a magical compass without sparing much thought as to what they’re doing, and to whom a difficult fight is just one you have to pause every other swing to chug a health potion.

Complexity alone though doesn’t make for fun. Unleashing a demon from its puzzle box is complex, but for the safety of your softer, squishier bits I wouldn’t recommend it. How pillars succeeds is by keeping its depth on an opt-in basis. Playing easy mode will ensure a basic understanding of the system will keep you alive, while hard punishes you for understanding any less than the designers themselves. That’s not just the combat, of course. Throughout are little puzzles built into the world that the game never tells you the answer to, even when your character’s acquired all the available information. This ensures you’ll have to do the reading (and the thinking) for yourself, and that you’ll feel like you’ve actually achieved something when you get it right, no matter how simple it looks from an outsider.

True, you’ll never be able to boast about figuring the correct order to ring bells in a videogame, but who cares? The people of the Gilded Veil marvel at your accomplishments. bravely charging headfirst at a dragon usually ends about as well as you’d expect: in a pile of ash and an amusing silouette.

It’s got the kind of character creation system beloved by early RPGs and D’n’D veterans alike, with more options than anyone could possibly need. Call me indecisive and I’ll tentatively agree you might have a point, but it’s took me half an hour to navigate my way to my first character just for fear of making somebody useless. True complexity like this is admirable, but when three quarters of the races and two thirds of the classes are words I’ve never heard before the fear of creating someone entirely useless eclipsed my curiosity for what a “chiper” might do. This is a pretty difficult game, so misallocating your precious points risks putting out a character that’s about as useful on a magical quest as a hobby horse carved out of butter.

I eventually picked chanter, which I figured was just Pillars’ way of saying Bard. I’ve long had a sense of respect for anyone who can talk the universe into letting them beat up dragons.

I decided before I began here that I’m not going to talk about the plot, other than to say it’s as long and complex as I’d hoped. There are dark wizards, re-animated corpses and dickhead landowners. At one point you can adopt a zombie cat.

Perhaps Pillars’ biggest achievement though is the way its systems all work together to create a game worth exploring. It’s adept at producing tension (something a lot of new releases lack) that only builds are you delve ever deeper, away from the warm embrace of the local tavern floor. This tension is probably best exemplified by something that happened to me, about eight hours in.

At one point I found myself in a dungeon, overlooking a huge pit. I didn’t know what was at the bottom, only that some eager lizardmen had tried to throw me down there, and I’d killed them for their trouble. So, when I found the game actually gave me the option to jump, to throw myself into the darkness of the bloodstained pit? I barely had time to think about it. “Arachnids of unusual size? I don’t believe they exist”

At the bottom, after a reflexive quick-save, I was savaged by a dragon. This cycle of load/die repeat carried on, short but embarrassing, before I realized I could pull a Baggins and evade the dragon by stealth with a technique I called “leaving via the other door”. This didn’t solve the problem. I couldn’t climb back up the hole I’d unwisely cast myself into and the other door just led to more lizardpeople. It was then, with only two lots of camp supplies remaining, that I came to realise the brilliance of Pillars’ health system.

The healthiness of a character is represented by two bars, endurance and hp. Endurance is typically a much smaller number than hp, and is a measure of how far your character is from getting thrown on his arse. Hp is a higher number, and a measure of how far your character is from getting his brain mashed out through his ears. Receiving an impromptu full body piercing from a gibbering reptile will lower both and, while spells and potions will bring your endurance back, only rest can bring back hp. And in a cave rest can only be taken by using camping supplies, because no matter how dangerous of miserable you become, nobody’s sleeping until they’ve had a can of beans and restorative sing round the campfire. It was this that did me in in the end, as it turned out. I ran out of campfires and, after limping just almost all the way, I finally found a fight I simply couldn’t clear. So, party exhausted and downtrodden, I backed out of that game and granted them all a quick death of save-deleting before starting another character.

Ten hours later, I discovered a staircase I’d missed that would have taken me straight back to the entrance, allowing me to continue from where I’d left off without issue.

And golly, I thought to myself. What a prick I am.

This is the thing about Pillars of Eternity. It’s fair. Almost too fair, so in those occasions when you find yourself screwed over, there’s never any question of who did the screwing.

And the worst part? I loved it.