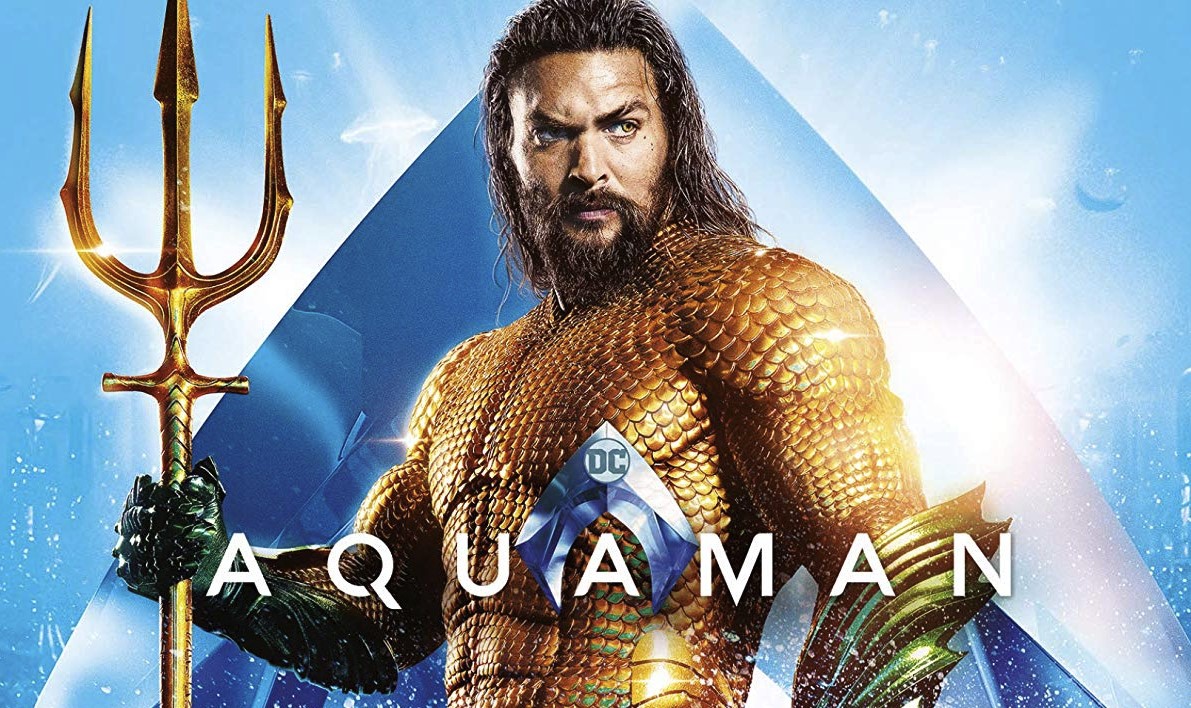 It has been a while since I wrote a movie review to the point of being nervous if I still knew how to review a film. I do not think I ever knew how to write a review rather I just enjoy throwing my opinion out regardless if people want to to hear it. The last film I reviewed was the Indian epic Balhubali and before that the Spielberg retrotrip Ready Player One. There have been a handful of movies I could have done before the newest DC superhero movie but this is the one which is getting me back into the act. What was it about Aquaman that brought me back to the art of reviewing fantasy cinema? I do not want to spoil anything for people so suffice to say the spectacle which was on display that New Years night was one of the most insane moments of 2018 and was the perfect way to being in the new year. In the absence of any countdown and large gathering, I chose a showtime that would allow the new year to pass in the arms of one of the most bonkers films I can remember. I understand we are on a fantasy website so let me weave you a tale of Arthur Curry and the kingdom of Atlantis.

When we look back on the first 20 years of film, comic book movies will be a topic of discussion. Though I do not know what the next 20 years will hold, I can say for certain the films adapted from comic books will be a cultural watershed for both the comic and film industry. We would be remiss of me not to mention the Marvel Cinematic Universe (MCU) as one of the most ambitious comic adaptations in history. This set of films, wherever it may end, will be the metric in which furture movies will be judged. We would also be equally at a loss in not mentioning the almost comedic performance of the DC Extended Universe (DCEU) and their awkward role in the establishing franchises. This set of films will be the cautionary tale for franchsies who do not want to bungle handfuls of IP content. I could discuss the merits and pitfalls of DC Comics and its adaptions for many articles but suffice to say has not been able to match the magnitude of the MCU. Perhaps this why Aquaman, the sixth movie from the DCEU, works so well since in the absence of matching the pace of Marvel, the films of DC have become the antithesis of a stable franchise with each of them unconnected in tone and quality.In their wild experimentation, DC may have achieved something ironically unexpected in that these films are becoming the best adaptations of comic books. I do not mean they are the best films, far from it, rather movies like Justice League (2017) Wonder Woman (2017) and now Aquaman (2018) have the feeling of reading DC superhero comics and all of the ridiculous fantasy which is tied to its franchises.

Aquaman is difficult to take seriously much less adapt into a film. Arthur Curry is the reluctant heir to Atlantis imbued with the powers of the underwater kingdom but with the care and diplomacy of the surface dwellers. His father is an ordinary lighthouse keeper, his mother is the rogue queen of Atlantis, while his half brother his arch nemesis dubbed Ocean Master. Aside from having a long history of publications back to the golden age, Aquaman, as a character, struggled to be as cool as his contemporary superheroes who possessed cohesive identitys. This is perhaps why the lead was given to Jason Momoa whose roles as Khal Drago, in Game of Thrones, has made him a household heartthrob. Momoa’s gruff charm and chiseled frame is perhaps one of closest adaptations of the mythical comic physique we have seen as Aquaman, even without the iconic costume, looms on screen. Visually he is a magnet of attention with stunning eyes and various body tattoos This larger than life attitude for the film continues with a spectacle that not only feels like reading a comic but is akin to reading a silver age comic. One of the biggest reasons for my recommendation for this film lies on the fact that the film enters into a groove where it continues to double down on the ridiculous nature without looking back. The premise of Aquaman is already slightly ridiculous but getting to the point where lasers are being shot from the eyes of a robot villain takes some extra steps in lunacy. At no point does the tone of Aquaman become self referential nor becomes too self important for ridicule. Aquaman nears the essence of pulp with an unbelievable character doing inconceivable things in scenarios which are too mythic to even comprehend. The viewer is never given a chance to process all of this as ever downtime in the film is rear-ended by more action at which point the only stable thing to grasp is the impossible shoulders of our lead actor. I would use this opportunity to express the virtues of film-making in the fantasy realm but at this point I did not care. Lasers underwater? Yes. Giant Godzilla like monster guarding a treasure? Yes. Plot that feels like a three month D&D campaign? Absolutely. Battle scene at the end where you think nothing can be as silly as what you have seen before? Lets fucking do this.

This tone which is taken throughout the film gives me hope for the future of DC. In the absence of a lockstep franchise which is interconnected with actors directors and narrative, DC is now just doing anything. The bizarre success of Aquaman could potentially work for other larger than life heroes such as the Green Lantern Corps, Shazam, Birds of Prey, or lets hope it can be better, Suicide Squad. Aquaman, along with Justice League, is a story of a comic book movie in a world where Marvel films do not exist. Marvel has changed the playing field for how other comic book movies are judged and the over the top nature emerging from DC movies gives hope of a possible alternative to the continual seriousness of the MCU. Either that of the DCEU will continue to be en enigma with varying success and failure stories throughout the 2020s. What is known now is Aquamna is intended for an audience and who that audience is will be determined in the theater. It was for me but I am just one person who loves watching ridiculous fantasy movies. If that is your deal as well, go see this and buy the biggest popcorn bucket.