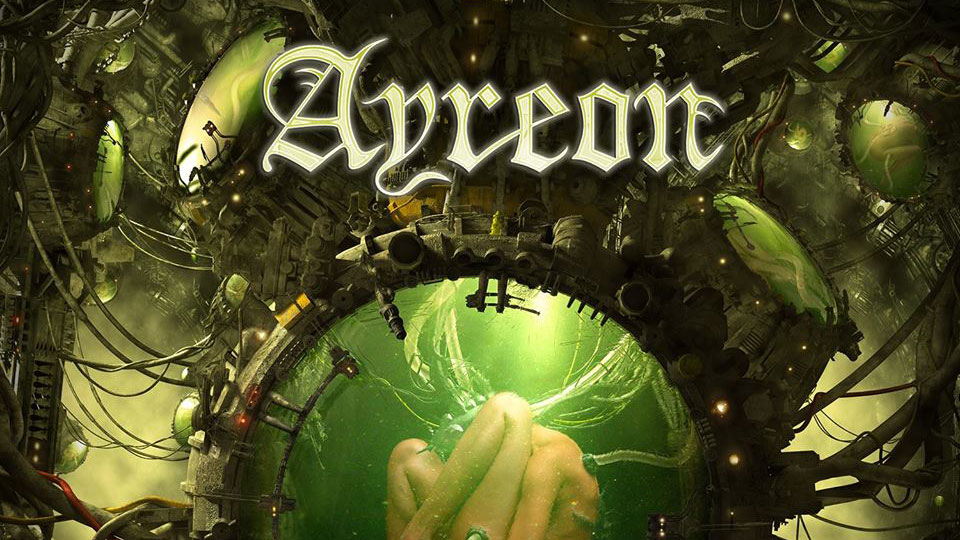 Ayreon is not a name with universal appeal. Despite a cult like fan base and general recognition in prominent European cities, Ayreon has been celebrated and praised by progressive metal fans much to the bafflement of everyone else. If you were not familar, Ayreon is a Dutch project centered around creator and ringleader Arjen Anthony Lucassen and about a billion guests on each record. 2013’s The Theory of Everyone saw 9 guest vocalists and 11 guest musicians from high profile progressive and power metal luminaries. Ayreon records are usually involved and swing for the fences in terms of concept. If this new album is anything close to the blockbuster level of previous records than Ayreon is going to be celebrated and praised by some and looked at with curiosity from a far.

The Source, like most Ayreon records, is set in a universe which closely resembles ours just way more involved with the ancient alien technology that has been woven into the narrative. References and storylines from Ayreon records span back to the dawn of time all the way to the inevitable destruction of mankind in 2084. To be agonizingly brief, a group of beings known as the Forever flee their planet (Planet Alpha) to a new one (Planet Y) to live life as half robotic sea aliens. This existence turns dark with their civilizations being enslaved by their own technological advancements. To ensure their continual existence, the civilization seeds a passing comet on a collision course with Earth. I think. Listen, there is quite a lot that is involved with this story as I have no even gotten to what happened once that comet reached Earth. Okay, let us just say that Ayreon newest record deals with a distant storyline on some distant planet and if you are intrigued, you have years of continual reading on some wiki page ready for you.

If it seems like I spent a lot of time introducing Ayreon it is only fitting that so much explanation goes into these records. From story to production to cast, Ayreon records as a feat and for some they are the pinnacle of progressive education and to other they are big question marks. The Source sees vocal contributions from James LaBrie (Dream Theater), Simone Simons (Epica), Floor Jansen (Nightwish), Hansi Kürsch (Blind Guardian), Tobias Sammet (Edguy, Avantasia), Tommy Karevik (Kamelot, Seventh Wonder), Russell Allen (Symphony X), and Tommy Rogers (Between the Buried and Me) as well as an array of musical guests including PAul Gilbert from Racer X. The guestlist shows a deep contact list for Lucassen as well as a general community support for these types of records. Whether or not they are successful is another story.

The Source is a return to form in terms of conceptual songwriting. 2013’s The Theory of Everything was a standalone record that while similar in production scope did not deal with this monster of a storyline. The Theory of Everything was also the soft return of Lucassen after a 4 year hiatus with the Ayreon project. While The Theory of Everything had its own convoluted storyline, it did not deal with THE ultra convoluted storyline and did not step near its robotic sea aliens. The Source is set as a prequel to 2008’s 01011001 and signals the end of a near decade long hiatus Lucassen has had with his story. This is when Ayreon finally gets back on track and for good or ill, Ayreon seems to be tackling its conceptual demons.

I am not the biggest progressive metal fan but I feel that as a neutral party I can speak to everyone else who has not already signed up for Ayreon records. Despite firing on all cylinders in terms of cast, production,and vision, Ayreon albums have always lacked crossover appeal. If one is not ready for noodly instruments and narrative style vocals, then The Source is going to feel awkward. This is just the nature of high concept progressive records which have pages of narrative to lay down. There is a checklist of things to get through and most if not all of it is going to stick to a theatrical format. With That said, if that sort of thing is your fetish, then the warbling synth anthems bass jams of “The Day the World Breaks Down” with its nods to Queen are going to be your fucking jam.

Despite not being the biggest progressive metal fan, the Source offers melodies and moments that can appeal to people with larger progressive affinities. The split between bands like Camel and Devin Townsend makes a weird but fun carousel in songs like “Everyone Dies,” the folk metal carousing of “All That Was” and stadium rock anthems of “Star Of Sirrah” are enough to appeal to shy progressive metal fans. With all of that said through its two discs and 80 minutes, once one hits the 40 minute mark everyone starts to become featureless and a parade of vocalists and segments which sort of run together. For some that is exactly what is needed while for others it is enough to start backing slowly.

I have a strange relationship with albums like this. As much as I loved throwing myself into 2016’s The Astonishing by Dream Theater, the lasting power for metal opera records is dependent on how much one retains after the album finishes. While the experience of The Source is certainly entertaining and interesting, I couldn’t identify any song in a lineup if asked. Maybe song recognition isn’t as important as other records but this amnesia are trademarks of long and multisegemented records which have a crowd of guests to cycle through. The Source flies at the speed of light leaving one weak in the knees and a half dumb expression on their face. Again, maybe I am not its target audience but despite the dedication and execution, I may not be ready to take this journey and would rather back away slowly.