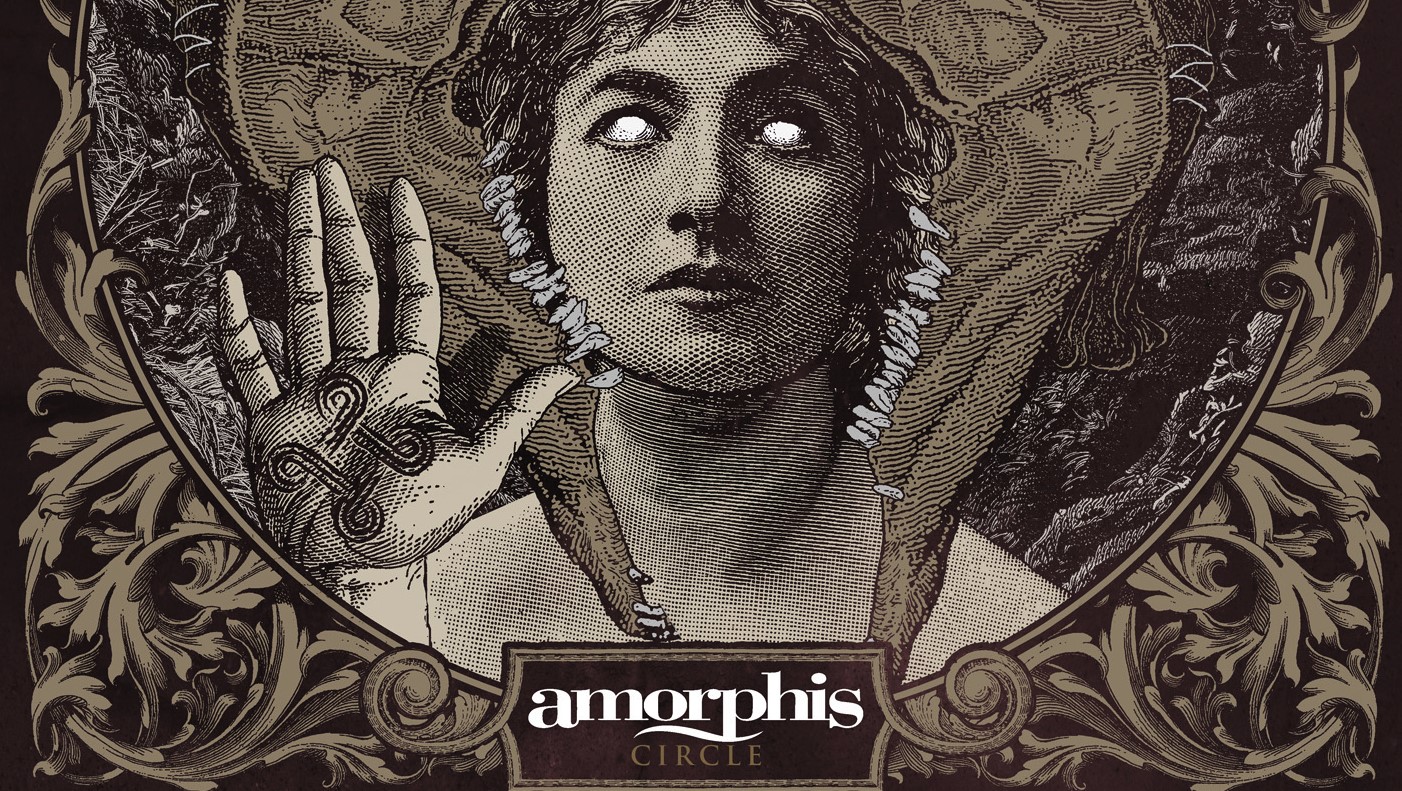 Amorphis. Alright. It is sort of strange reviewing a new record from a band whose older material lives in such legacy. 1994’s Tales of a Thousand Lakes is cited as a pioneering example of melodic death. Then there is everything else the band did. Since Amorphis has been consistently releasing material since the early 90’s it is difficult to sum up their narrative in a few sentences. One way to breakup the band’s history is to mark 2006 as an end and beginning with the release of Eclipse. It is here the band began a core lineup that would remain stable up through 2013 with the release of Circle — the band’s 11th album and their 3rd decade in existence.

As I said before, Amorphis’ lineup stabilized in the mid 00’s as well as adopted lyrical help from Finnish poets. 2006’s Eclipse was based around the work of 80’s playwright Paavo Haavikko, which was based on the Kaleval, the finnish national epic. The Kaleval served as inspiration for early Amoprhis work but would remain strong for the next few albums. Fininish poet Pekka Kainulainen wrote the next three Amorphis records based on the Kaleval with rousing success. The last three records from the band have peaked at number 1 on the finnish charts. The Fins love their history and also the sound of clean and harsh progressive folk death. Kainulainen’s work with Amorphis continues on Circle, which is the first time the bad has adopted a non traditional concept for their records. According to Kainulainen, the story revolves around a star crossed protagonist who finds himself through time travel and spiritual transcendence. Wait really? All of this told through the lens of progressive melodic folk death?

What ever happened from the early 90’s to now is history, as the band wears their past achievements around their necks like souvenirs. Progressive accessibility, folk melodies, and short bursts of harsh melodic death lie in spread throughout Circle. The dense and planned construction of the record is near exquisite. Each part is designed to intrigue and release the perfect amount of accessibility and dissonance. Given the story, the rhythm of the music matches perfectly. I just wish I enjoyed it more.

Aside from songs like “Narrow Path” and “Nightbird’s Song” the majority of Circle and I have agreed to disagree. It is not that any of these are poor songs. As I mentioned before, Circle’s construction is fascinating and its songwriting is effective and impeccable. My break with Circle stems from a personal taste with melodic vocals and hard progressive choruses. I just do not care. This is the same aversion that has kept me away from Dream theater and anything that Arjen Anthony Lucassen is involved with. Aside from the already mentioned exceptions, Circle just feels unchallenging, unconvincing, and sort of a drag. This is, of course, personal taste.

My mutual break with Amorphis is only disappointing given the amount of work and energy the band puts into the records. The band’s continual dedication to alternative progressive melodic folk death despite lineup changes is inspiring. While I was not upset or pained throughout the entirety of Circle, my level of interest never rose above underwhelmed. If you are looking for something similar to Tales of a Thousand Lakes you might be in the wrong place. If you are looking for a continuation of the band’s past 5 years, I may be the wrong person to ask if it’s good.