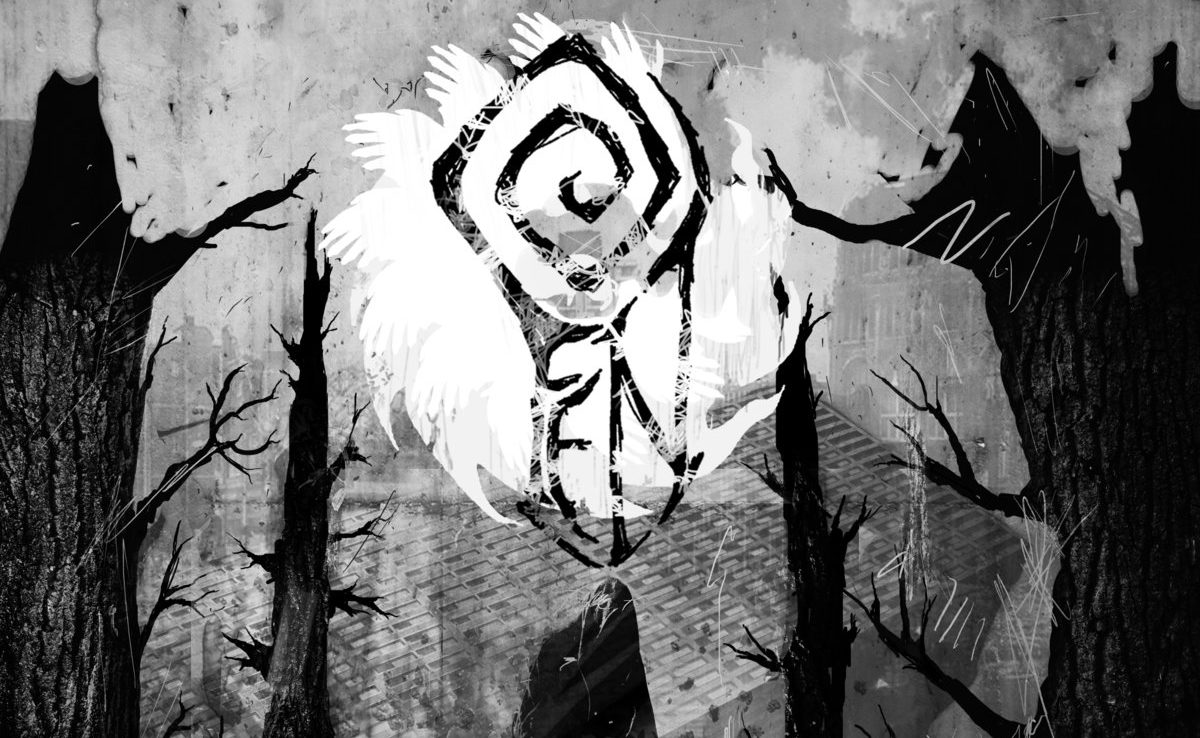 Sometimes I have trouble parsing out the myriad of new black metal styles each month since they only differ slightly from others. The term “Black-gaze” is used to describe black metal incorporating shoegaze. Black-gaze is different but somewhat similar to “Post-black,” a term used to describe the combination of post rock and black metal. Actually, that is only one definition as the other means “after” black metal and is a placeholder for “Experimental black,” but that is just ridiculous so let us try to keep it simple. There is also the older style of Atmospheric black metal, which applies to all of these bands, but what the fuck ever. The point is that after about the year 2000, some black metal went bananas and started to run in different directions, embracing various thematic motifs just like the second wave had done before them. While some of the newer black metal releases have been questionable, there are others that are remarkable. Dustwalker is part of the latter camp and it is also the third release from English post black impressionist atmospheric baroque gaze act Fen.

I have learned not to apply actual genres to contemporary bands, for the most part, since they lie on boundaries which are most often hazy. This is compounded with black metal. Fen’s style may be hard to place, yet their whole sound is unmistakable and nearing memorable. Much in the same tradition of Slowdive, Chapterhouse, and Ride, Fen leans heavily on lush texture with a healthy addition of harsh tonality. Dustwalker is a continuation of a series of releases that all put dynamic atmosphere above most other things. 2010´s Epoch may have been the band´s most critical success, however Dustalker is the record that I finally understood completely.

One of Fen’s strengths, and something I have enjoyed immensely, is the retention of distorted vocals. While there is a fair share of delicate, clean crooning on Dustwalker, the majority of vocals are still a wet, rasping snarl. Even songs like the opener “Consequence” drop the listener into a full scale riot of blast beats and harsh dissonance. This aspect is especially important as it remains anchored to this the idea of dissonance while still travelling through distant lands of soft diffusion. The vocals also allow the instrumentation to travel further while still keeping each of the tracks in balance. Tracks like “Wolf Sun” are enjoyable in their catchy qualities, yet still possess dark undertones with their shrieks in the background. Dustalkwer triumphs when both of its elements are portioned out evenly and, though rare, fails when one side spills over too much.

Fen, as a band, has always been strong since their debut EP in 2007. The band has consistently made interesting records, which haven´t caused too much of a riot among the metal underground. At times, the band can get lost in a crowd of other contemporary bands playing in the same style, yet their music, when given attention, surpasses most. I would like to tell you that this record is accessible to even people who dislike metal or to those who dislike shoegaze in their metal. That would be a perfect way to end this wouldn´t it? The truth of the matter is Dustwalker is a fantastic record given the right amount of patience, focus, and chance of precipitation. The forecast for today is eternally overcast.