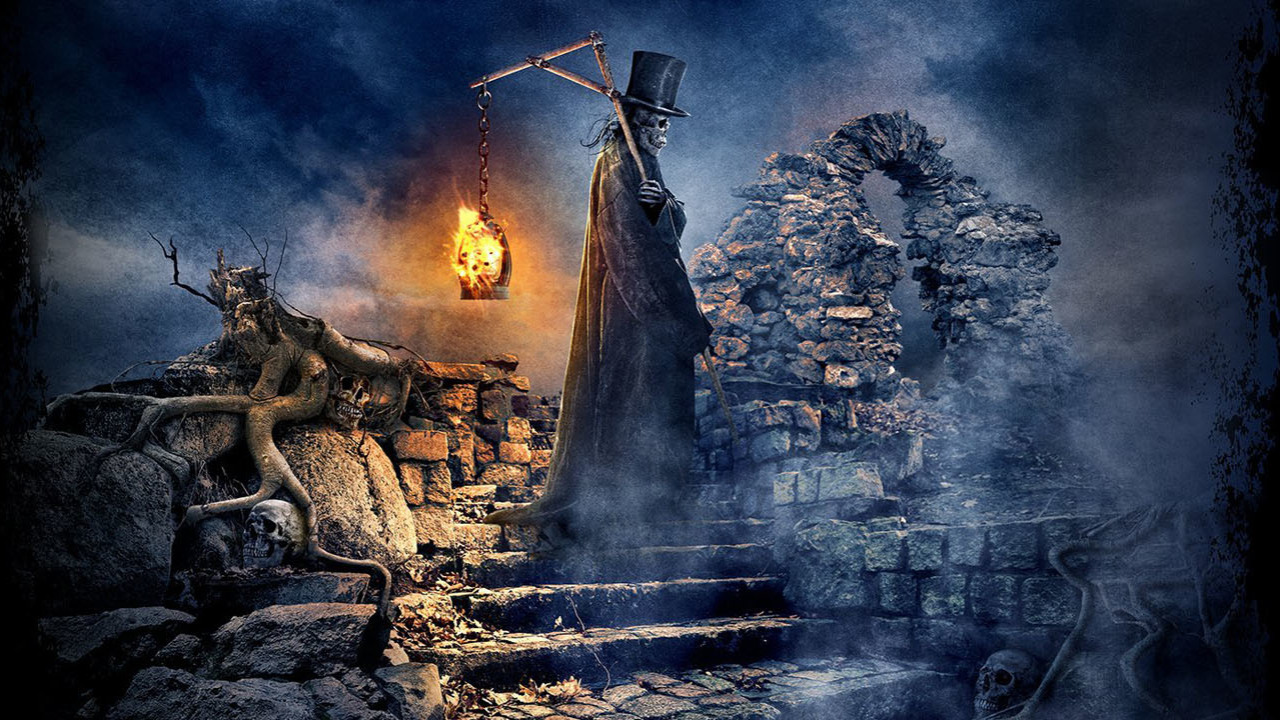 Re-reading my review on Avantasia’s 2013 The Mystery of Time shows a reviewer who didn’t really enjoy power metal but was pleasantly not annoyed by this one. This is certainly different than how I feel today. Before the release of Ghostlights, the sixth album by Tobias Sammet’s rock opera collective Avantasia, the song “Mystery Of A Blood Red Rose” was released as its single. The reason why this song is important is it changed the template of what was expected from Avantasia, as it drew inspiration from, at least in my mind, Meat Loaf and his way of making melodies. With that being said, Ghostlights is not Bat Out of Hell IV, and while that may be a disappointment to some (mostly me) this album is a pretty fantastic record none the less.

Before we begin, let us revisit what Avantasia is and where Tobias Sammet is conceptually. Tobias Sammet, to go back even further, is one of the founding members and current vocalist for the German power metal band Edguy. Around the late 90’s, Sammet began working on an ambitious metal opera project that would later become The Metal Opera Part I and II. Six years later, Sammet would come back to the same concept with The Wicked Trilogy, which consisted of The Scarecrow in 2008, The Wicked Symphony in 2010, and Angel of Babylon in 2010. If you remember my review 3 years ago for The Mystery of Time, that particular album came after the Wicked Trilogy and began a new era for Avantasia — an era free of sequels and multi-part records. Ghostlights continues this and, while the whole affair is 74 minutes with a bonus track, Ghostlights is self contained to one really full disc. No sequels, for now, and no connections with the rest of the Avantasia universe. In the world of metal operas, this is taking it easy on the listener.

If you are not familiar with how Avantasia operates, it is similar to a circus where Tobias Sammet acts as ring leader for an ensemble cast of high profile progressive and power metal guest vocalists and musicians. Ghostlights advertises the contributions from Twisted Sister’s Dee Snider, Queensryche’s Geoff Tate, and Helloween’s Michael Kiske. Looking over the roster well known names from Warrant, Within Temptation, to Nightwish appear next to the musicians involved. Ghostlights, much like other Avantasia albums, is a varied course of power/progressive music that appeals to fans discerning in this type of music. I do not think Ghostlights has universal appeal but for those familiar with Avantasia and the structure, it is a mighty fine album through almost its entire running length.

Let us make something perfectly clear. Ghostlights is a descending hill of quality with its greatest moments at the beginning of the record if not at the first song. “Mystery Of A Blood Red Rose” was already mentioned for its charm and similarities to Meat Loaf, but Ghostlight’s opening track slots the first half as being full of variety. From the King Diamonesqe vocals from Dee Snider on “The Haunting” to the Peter Steele undertones of “Draconian Love,” the first half of Ghostlights is near seamless in its moments of interest. This is not to say later tracks like like the Kiske anthem “Unchain The Light” are not without their merit, rather the later part of Ghostlights is weighed down by songs that not only sound similar to each other but they do not offer anything of note to people not completely in love with mid tempo progressive metal. I guess if you have made it 60 minutes into an Avantasia album then you have already signed up for life.

If one has been waiting for the new Avantasia album, then Ghostlghts is going to impress more than previous installments. If you are like the majority of the population and heavily constructed power metal is sort of a mystery to you, Ghostlights can still be of interest just for the grand spectacle of the scope and execution of the music. Avantasia is moving somewhat closer to being accessible to a larger population. Without a continual story or multi part albums, Ghostlights maybe the perfect place for one to start.