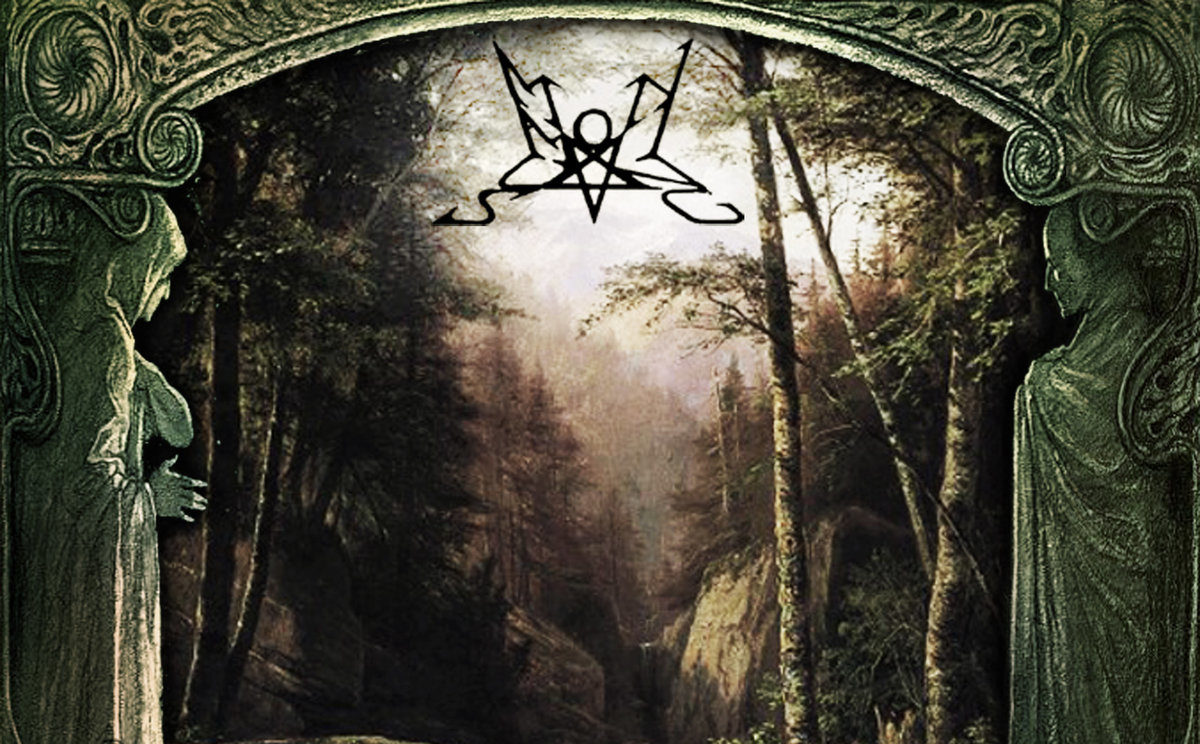 I talk a lot about Summoning. At parties, I pour praise over the band’s periphery involvement in the second wave black metal scene. I like to discuss the band’s 1995 record Dol Guldur as part of the conversation to draw attention away from the Norwegian centric attitudes that cripple black metal discussions. I feel that I talk so much more about Summoning — and how this Austrian black metal is not given the attention it deserves — than actually listening to their records. I may be using them as a fighting point rather than a point for praise. I am sorry, I shouldn’t have put them on the spot like that. Perhaps this is a chance to finally meet Summoning for the first time. While the band’s albums are sparse and they only wander back into town every five years of so, Summoning always comes filled with tales of wonder and adventure — possibly to the tune of programmed drums.

Summoning has stayed relatively the same since the mid 90’s. The band’s 6th proper record, Old Mornings Dawn, does the same thing the duo has always done. Intense devotion to Tolkien? Yes. Songs that are almost 10 minutes each? Yes. Choral arrangements? Narration? Yes and yes. Crawling black metal rasp over keyboard melodies that sound like they are a midi arrangement of a medieval drinking song? Yes. The band’s style is so noticeable that Summoning has been referenced to other recent black metal bands, most notably Caladan Brood. Summoning, both praised and criticized, now stands on a pillar among the black metal community and I now finally understand why I and other people discuss them ad nauseum.

Old Mornings Dawn follows the trail set forth by previous albums. Comparatively to the band’s earlier work, Summoning has mellowed with age. Where shrieking black metal used to dominate songs, Old Mornings Dawn relies heavily on atmosphere. Ohh, there is still plenty of rasping and occasional blast beats, but take any song on Old Mornings Dawn and compare it with Minas Morgul or Dol Guldar and one will hear a stark difference. This is of course alright because what Summoning lacks in vast contrast they make up for with near aged anthems of escapism and metal fantasy. There is something comforting about Tolkien based black metal that borders on timeless folk anthems. If you brought your wizard staff then you are in the right place.

I say all of this with slight hesitation for this recommendation. The line “If you already came with your wizard staff” may mean more than just a joke. Summoning’s insistence on using fake instruments not only acts as their signature but at times acts as a deterrent for people who cannot overcome a Casio atmosphere. There are many times when I even feel the plinking keyboard in the title track “Old Mornings Dawn” is bordering on way too much. Even very successful tracks like “Caradhras” feel fabricated with galloping synth melodies and instances of thunderclaps. One could write Summoning off as a bunch of Lord of the Rings dorks who make black metal for intense basement Dungeons and Dragons campaigns. This, of course, may be true and part of Summoning’s greatest charm.

As I said before, Old Mornings Dawn does the exact same thing as previous albums have done. Criticisms towards songs like “Earthshine” and “Caradhras” are equally strengthened by choral arrangements and a well executed sense of atmosphere. Summoning, despite their reliance on programmed instruments, still achieves the same goal they have had since 1993. The scenery may be painted and we may all be wearing costumes from the Halloween store but goddamn if “Of Pale White Morns and Darkened Eves” doesn’t make me ball up my fists in excitement. There is a reason why I discussed Summoning at length at parties and I apologize to them for not taking more of an interest in their back catalog. Old Morning’s Dawn is a great place for anyone to start and, despite it not being revolutionary, it still provides a rousing journey through Middle Earth.