BEHOLD! THE MONOLITH – Architects of the Void 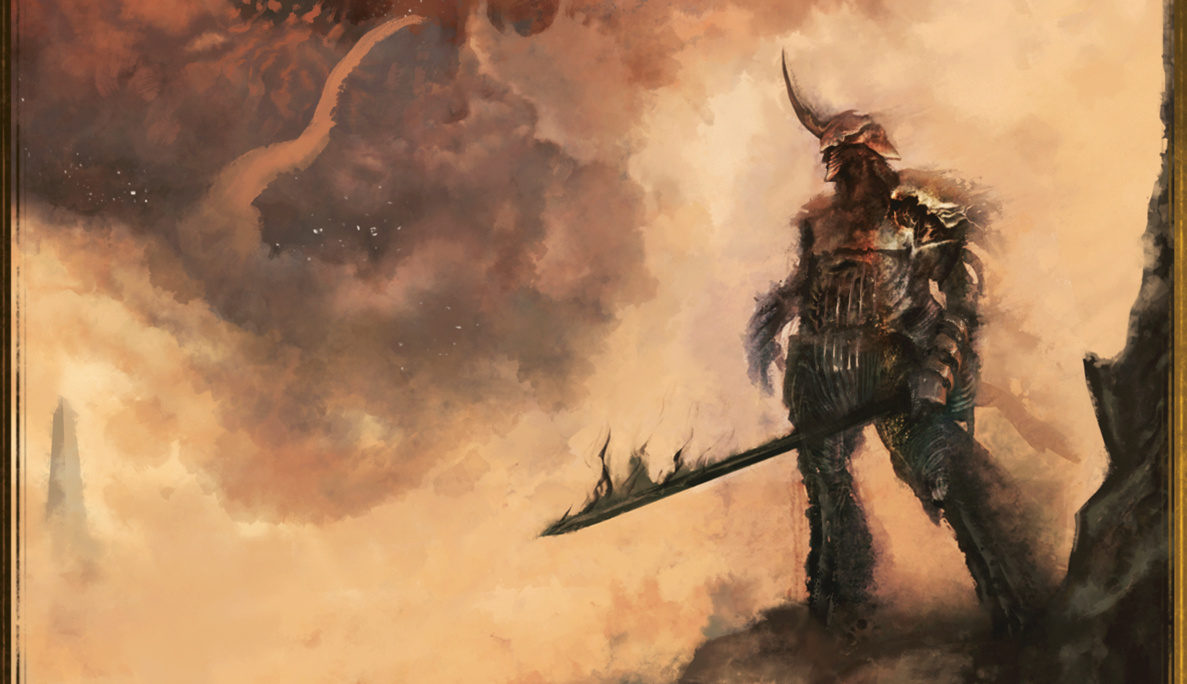 Behold! a band taking the damn time to actually build some tension before bringing the hammer down. A thousand guitarists playing a thousand notes a second could live a thousand years, and not manage the same level of destitute, absorbing beauty as Behold! The Monolith manage in their first track. The same goes for impact. A man can spring into action with blows like rusted lightning, but a giant swings his club like he’s pulling a world out of orbit; there’s a lot more slowness, a lot more quiet, and a lot more earth shattering, continent rending impact when all’s done. That’s Behold!’s achievement, and while some folk seem to believe the impact you don’t see coming hits the hardest, Behold! prove it’s nothing compared to the impact you see coming, unstoppable, minutes before it hits.

Nowhere is this more apparent than “Lord of Bones.” While I initially assumed it to be some sort of homage to Game of Throne’s Lord Rattleshirt, the reality is even more metal. A thumping, lumbering track whose slow, stuttered drumbeat bears all the impending doom as the footsteps of a particularly ornery titan. There’s even an accompaniment of distant growling, a Viking screaming of wordless, senseless fury. Even the solo, while breaking the slow and bloody pace of the track, is more a quick dirty interlude than an actual detriment. Even as I write this, I know I’ve heard other bands attempt the same thing and get labelled boring by rabid metal jackasses (myself included) but there’s such a tremendous sense of incoming payoff that it works. I don’t love them because of what they did, which I’ve tried feebly to explain above, but because they made it work.

“Black days of…”, the track immediately following “Lord of Bones”, is where I suspect they’re going to lose a lot of people. There’s a Prog distortion to it with the fucked up buzz and half-faded voices you might have heard weeping their way out of a dying radio sometime in the nineties. It manages to sound a lot like fellow exclamation mark abusers Godspeed You! Black Emperor without the kind of lyrical genius or overwrought length of their questionable masterpieces.

The real homage to Godspeed! Comes later with the titanically lengthy “Architects of the Void”. A fourteen minute supersaga might be a standard way to end an album, but the mounted distortion, overzealous slowness and echoed distant voices turn it into the kind of thing you’d hear through an untuned car radio on the highway to hell. There’s faster moments, about three songs worth, knitted together by audio wastelands of distorted static and foreboding emptiness. It’s essentially the definition of a “slow burn” building to chanting, screaming layered vocals before breaking again for a few more minutes of the not-quite-emptiness of a stygian pit. Nothing to bang your head to, but a great piece of work for a slower sort of appreciation.