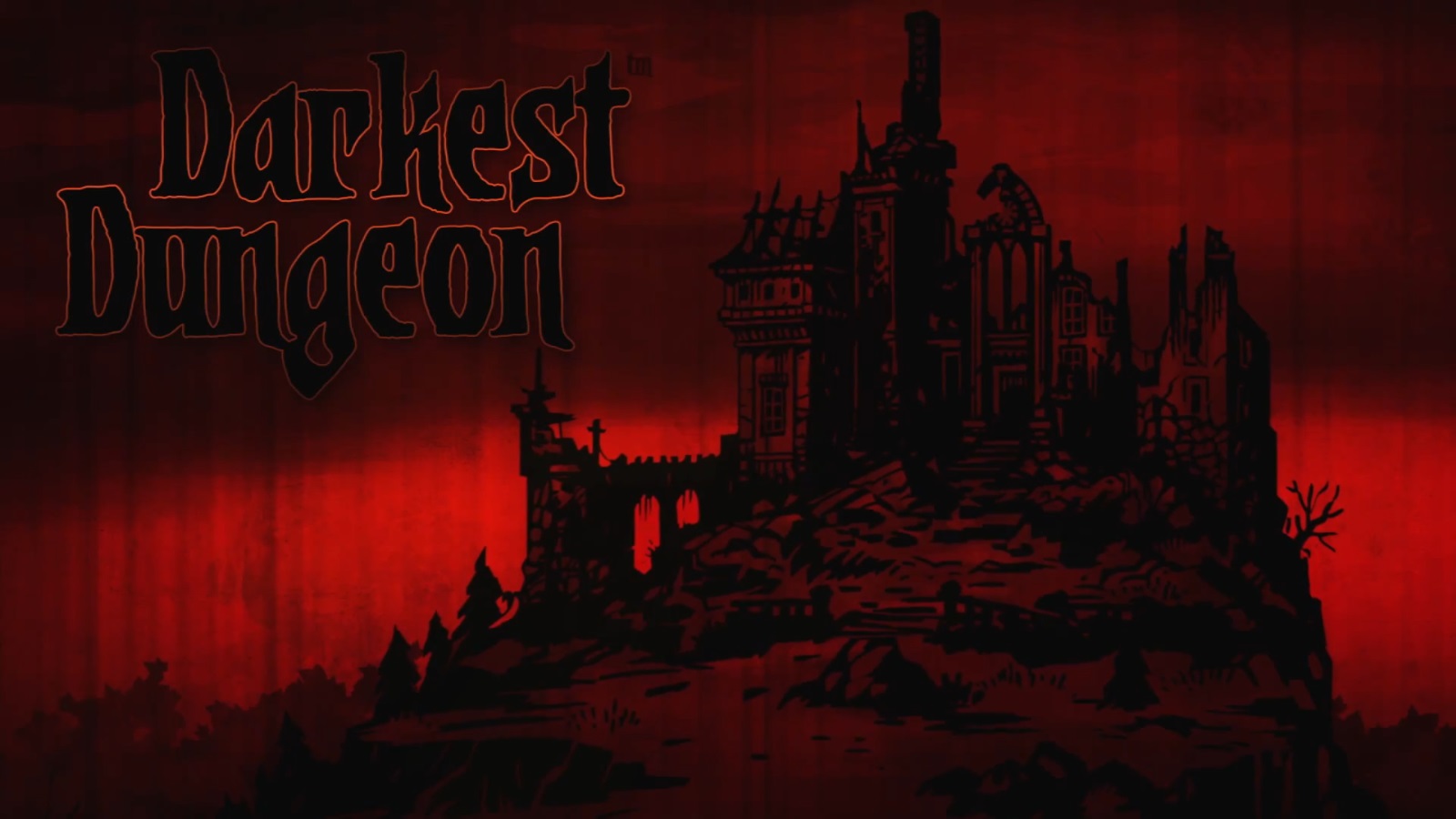 Darkest Dungeon appears, at first glance, to be a game so simple as to be generic; yet another dungeon-crawler so steeped in simplicity that it’s fucking painted. That’s what I was expecting anyway. What I found, down there in the diseased crypts of the ancestral grounds, changed my mind forever.

The premise, at least, is simple: your uncle has opened a portal to some dark and Eldritch realm and shambling horrors have crawled through. Naturally he’s requested help and naturally it’s your duty, as a kind and courteous nephew, is to punch them right back in again. This is much easier said than done.

Of course, because you’re the heir to a (once) wealthy family you’re not really going to do it yourself, that’s what God invented poor people for.

Mechanically Darkest Dungeon is a squad based RPG, though its embrace of strange and Lovecraftian horror pushes it in a new and unusual direction. Chiefly, this is through the stress mechanic, where the strain each of your heroes feels when confronted by the unknowable depravity of old gods drives your heroes to paranoia, delusion and death. On top of this you’ve also light, food and positioning to manage, each of which having a whole slew of obvious and less obvious effects. Positioning is probably the most noticeable, with each character’s abilities having a particular position it has to be used from and to, and some characters being totally useless too close to the front or back. This means if your party gets surprised in the dark by shambling horror, your warriors are going to be falling over each other to get back to being useful while your mages get gnawed on by rabid dogs. Something like this can mean immediate disaster for even the most well prepared of parties, and while there’s ways of making it less likely, there’s nothing you can do to guarantee survival if the dice roll against you. Getting yelled at by the haunted survivors of Impossible gods is an absolute fuck of a downer.

It’s bastard hard, and not always in a way that seems entirely fair, simply because of a reliance on randomness to determine some pretty important results. Chance to hit and damage is forgivably standard, but whether your character is going to be a jackass under pressure or whether your delicately arranged party position is going to get an irritating shuffle is dealt in percentages and randomness too. Even the layouts of the dungeons are down to fate, meaning that while sometimes you’ll be able to avoid backtracking, sometimes you’ll have no choice but to retrace your steps, running the risk of encountering new enemies while certain that you’ve already secured all the loot while your torches burn ever dimmer.

This creates even more of the aforementioned stress, which effects your heroes in different and unpredictable ways. Sometimes the horrors of the tombs will expose new depths of valour, bringing out the heroic traits of your luckless warriors and inspiring then to fight harder and more closely. Usually it turns them into selfish, illogical dicks, determined to drag their companions down with them in a spiral of loathing, bitterness and death, but the knowledge that they just might reveal heroic qualities means no dungeon run is ever a total loss; Sure, your entire squad is bleeding, fearful and diseased, but one heroic reaction to stress can turn it all around. Admittedly it doesn’t often add up to much more than the difference between dying on their feet or in a puddle of their own piss, but in a game this bleak even small heroisms are memorable. Behold the ancient monstrosity of the swine prince (and his assistant, Wilbur)

And should your heroes stagger back from their delving, either in victory or defeat, they’re going to be under some pretty heavy stress that’ll need curing and as most of the world already knows, the only release from the horrors of a truly shitty job is religion or alcohol, both of which are expensive. It’s a balancing act between the cost of keeping your warriors in stable condition and funding further plunges, where a single failure can result in the whole thing falling down around your ears. Which isn’t to say the game ever becomes unwinnable, just that you’re going to have to send some people into the darkness, unequipped and unprepared, and kick some broken heroes out on their asses to survive, simply because it’s too expensive to do otherwise. Lots of games encourage you to use characters like commodities, but Darkest Dungeon makes it clear you’re hardly better than the mad old bastards whose mistakes you’re attempting to undo. Bring them in, take from them everything they can give (up to and often including their lives) and then kick whatever remains out to fend for themselves. After all, there’s always fresh meat.

It’s this transformation, from monster of necessity to leader of increasingly skilled, bold adventurers that makes Darkest Dungeon so compelling. Every struggle, every improvement to the town, makes you a little stronger and your future a little easier. Sure, it’s still a bad idea to become attached to your heroes, but what is the life of a bunch of peons to the future of the town?

Especially when you own the town.