CIRITH UNGOL – King of the Dead 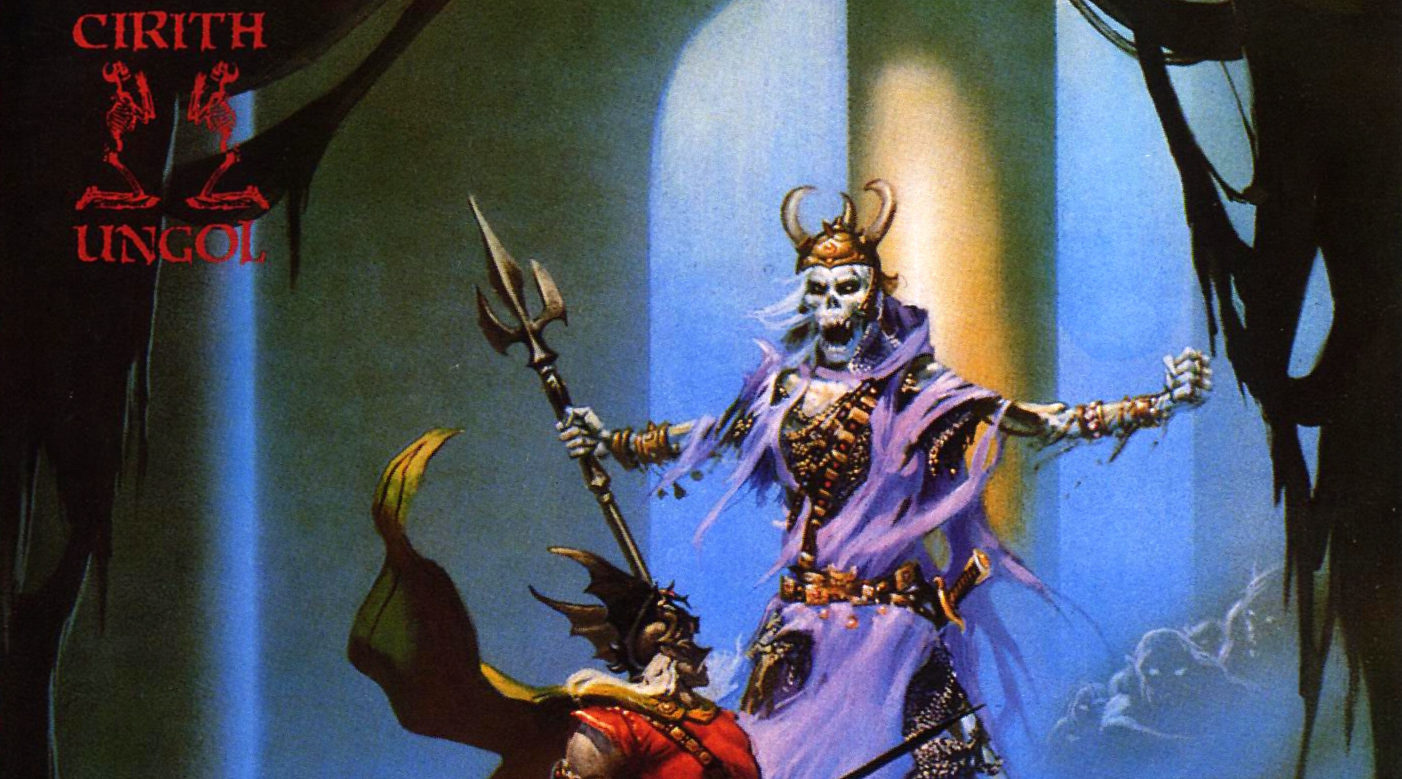 Note: I thought it would be interesting to take a tour through the history of power metal classics and underrated gems to compliment the reviews from newer bands. To start my trip through these sacred halls,I need to come to terms with Cirith Ungol.

For the longest time, Cirith Ungol’s album covers, which were done by Michael Whelan, enticed me while Cirith Ungol’s actual music just baffled me. It was an ill fitting blend of traditional metal and proto-doom with a voice that whipped the dungeon ceiling. It took me the longest time to appreciate the finesse and majesty that this band commands. Sometimes enjoyment with even power metal can come with struggle, compromise, and even realization. Cirith Ungol’s King of the Dead lives among the greats of United States Power Metal and is a record that lives up to the power of its album cover.

To be short, power metal grew out of the aggression of speed metal, the accessibly of NWOBHM, and the cockiness of traditional heavy metal. With the latent fantasy themes found in the history of 70’s heavy metal, 80’s power metal would get its start in America and then finish its training over in Europe. Cirith Ungol, from California, does not sound like many of its contemporaries including Omen, Virgin Steele, or even Manowar. The band’s 1980 debut, Frost and Fire, gave its audience a world of traditional themes that could fit in any 1970’s heavy metal album. Aside from the opening title track, most of the songs were typical self assuring anthems of individualism and personal struggle. It wouldn’t be until the bands follow up in 1984 where magic would finally shine through.

I feel it is important to note that Cirith Ungol wrote about a variety of topics during their career. The band has always used fantasy, science fiction, and horror as a lens to look at personal strife. King of the Dead did the same thing Frost and Fire did 4 years before, and what their later 2 albums (One Foot in Hell, Paradise Lost) would do in the later part of the 1980’s. The only difference is that King of the Dead is just more vivid with its imagery. Instead of things like Rock and Roll Jeans, the audience is given immersive scenarios that border on the dark and abyssal.King of the Dead doesn’t just work because it conforms to some pulp standard of early heavy metal, but because the band found the right channel in which to transmit their emotions and thoughts. Cirith Ungol’s love for fantasy also comes across natural and effortlessly as if the band feels at ease when conjuring pit demons and merciless demon machines. It also helps that their wonderful covers are fully complemented with music fitting all the escapist glory. Cirith Ungol’s music eluded me for the longest time but once conceptually framed, it all made perfect sense. This is a band deserving their exaltation.