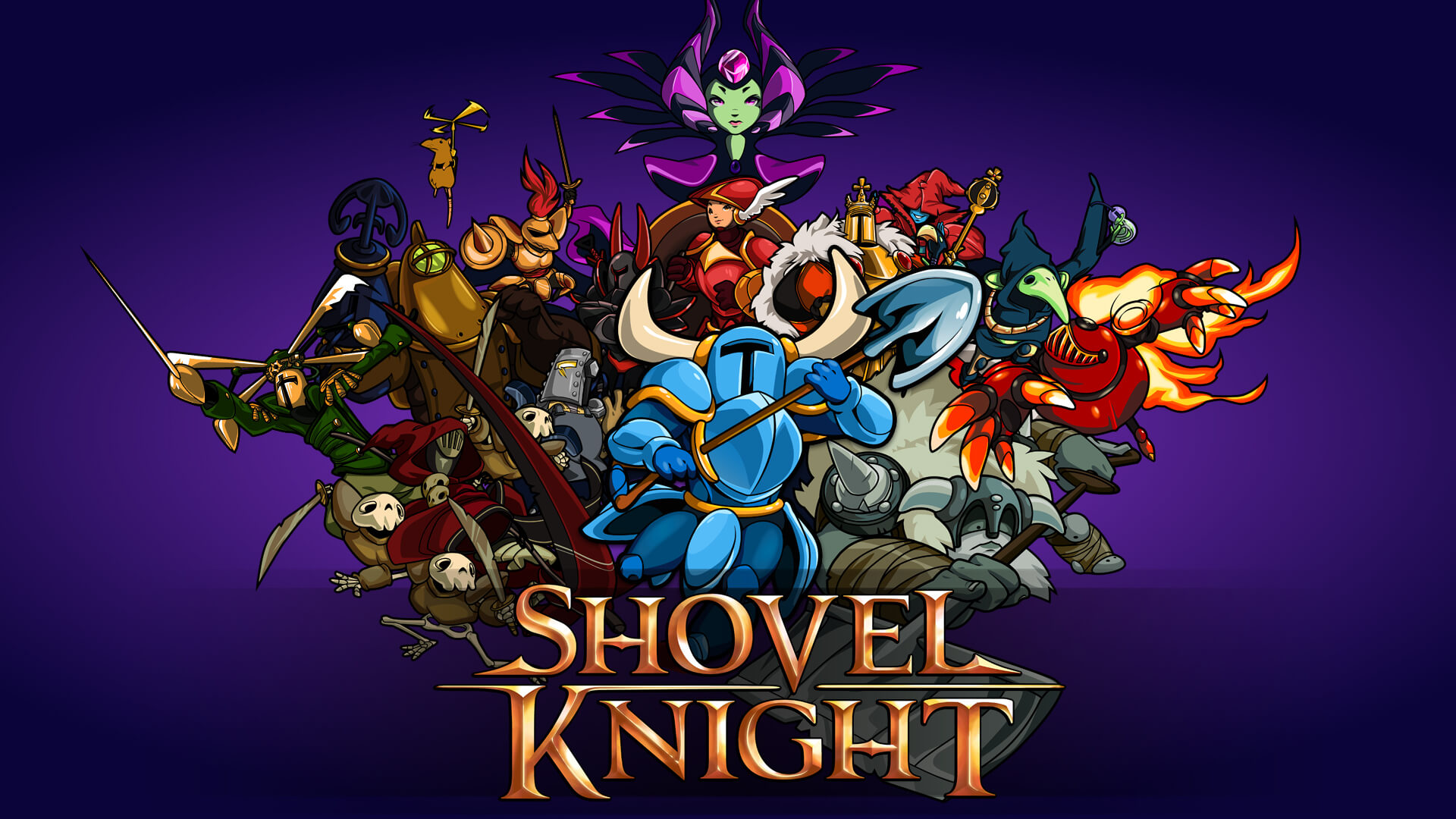 You can’t go ten minutes these days without somebody, somewhere announcing some new retro 8-bit experience. Often it’s just an exercise in nostalgia, blinding you with associations as shallow as art-style and music and making off with your money before you can realize that, honestly, there’s nothing inherently magical about games from the 1980’s. Fortunately, shovel knight dares to dig a little deeper.

In some ways, it’s a very simple game and it profits from this simplicity. While Skyrim might have you kill monsters because you need gold to upgrade your house or because they have a tome you want, shovel knight kills monsters because they are monsters and you are a knight. Sure, they drop gold, and the accumulation of gold is one of the game’s main features (to the point where the loss of gold is the primary punishment for death a la Dark Souls) but the gold is spent exclusively on buying character upgrades, each of which improve your ability to slay monsters and nothing else. It’s simple where simplicity is needed, but it never feels restrictive. Like the best of the old two-button platformers, the value of your limited options is that you’ll become a master of all of them, and there’s enough variation in the stages that you’ll still be getting surprised by what you can do with jump/slash/jumpslash for the entirety of its (surprisingly lengthy, all things considered) runtime. Alarmingly, even this is my own damn fault

There is a plot in there too; a story of regret and grief over Shield Knight, a companion you lost at the tower of fate. This is mostly manifested in brief dialogue before boss battles and “dream sequences”, short (and I mean, less than a minute long) vignettes that serve the dual purpose of reinforcing the turmoil of their soul and being money-haemorrhaging bonus stages.

More than just looking the part, Shovel Knight manages to draw inspiration from the design choices and complexity of the best games of the era. Health and gold are often hidden in the walls, which, while reminiscent of Castlevania’s wall chicken, actually makes a lot more sense. (Well, it makes more sense that he’d be able to excavate them with a shovel, as opposed to the frankly pathetic whip Simon Belmont gets stuck with. It still doesn’t make sense that a roast chicken dinner, complete with trimmings, has been mortared into the wall of a castle.) There’s the colorful, interesting world designs of the original mega-man, and more importantly, the same organic learning process to teach you about the world and it’s mechanics that the best Mega Man game used (Mega Man X, if that wasn’t clear). It’s occasionally difficult to notice, because any good magic trick is, but the design here, as well as the way it all fits together, is fantastic. And this is without mentioning its most important acquisition from the armoury of ancient games: Scrooge McDuck’s Pogocane. Of course here it’s a shovel, but we’ve all got to make sacrifices. It’s a good thing that helmet covers their whole face, because I’d be gibbering like a infant.

Shovel-knight isn’t just another fake-retro title, because it has the decency to remember why the classics were classics in the first place. It wasn’t because of their-graphically limited hardware or the screeching difficulty (something else that returns in abundance) but because they were assembled with the care and ingenuity it took to make them more than the sum of their limited parts. The classics are classic because they were designed brilliantly, and assumed both the intelligence and the attention of the player. That’s what the modern generation is missing, and I think it’s the whole reason behind the sudden popularity of indie retro games. Because Shovel Knight gets all this right, it’s more than just another of that bloated genre, it’s an instant classic.