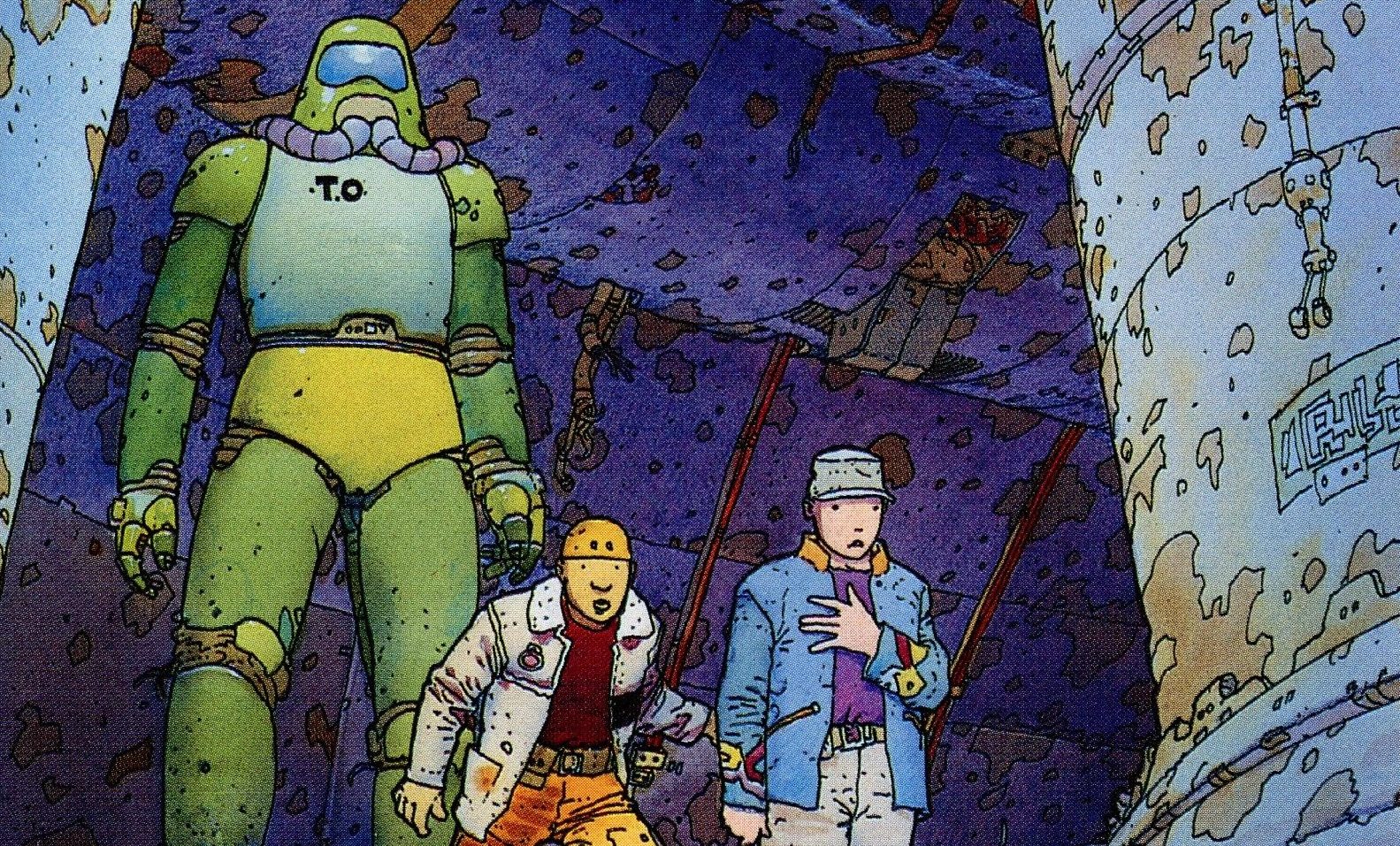 Of all my reviews here at Hollywood metal, my favorite are when I get to review lesser known material. Be it albums, movies, or comics. Delving into a work either lightly tread or momentarily forgotten is a wonderful experience. I do not think Jean Giraud, better known as Moebius, is a particularly obscure comic artist, but rather he is lesser known than other fantasy comic artists. His work lies down a path that is accessible to anyone who travels a little bit farther into fantasy comics. Though it is easy to poke fun at cheesy fantasy comics with wooden story-lines, the work of Moebius is so vastly different than this, that it is hard to consider it part of the same genre. Almost all of these panels make great wallpapers for computers or phone. I may have a couple of them already set.

Jean Giraud began his work in comics with Western motifs before moving into fantasy and sci fi themes in the late 60’s. Giraud’s work in the late 60’s with the French satire magazine Hara-Kiri would be Giraud’s, now known as Moebius, last working platform until a decade later when he became famous, at least in terms of Hollywood Metal standards, as an artist for Heavy Metal. It was during this time that Moebius would create some of his most iconic work including Azrach as well as The Airtight Garage. Both of those stories are fine points for a fantasy discussion, however the topic for this review is a piece that was conceived, oddly enough, by a car company.

Le Monde d’Edena was born by a request for the Citroën, A BLANK CAR, for a four page comic advertisement. What started as an obligation triggered a 40 page long story with prequels, sequels, and related stories. The Star and all stories related to The Adena Cycle have become sometimes overlooked gems that showcase a nexus between pulp, art, and spirituality. While the magazine Heavy Metal is known for its low brow humor and juvenile sexuality, the artists in connection sometimes have stunning and existentially provocative work. Sometimes they have both but that is another story. One really sets themselves up for a cosmic personality when flying pyramids enters their thought process.

Moebius: Volume 1 collects the original story, “The Star,” along with a retro fitted prequel, “The Repairmen” and two periphery stories, “Adena” and “Celestial Venice.” The actual Adena cycle is then continued in the 5th and 7th volume of this particular series, which are segmented by other Moebius series. Reading the Star, along with the three other supplemental stories, gives the foundation as well as the incidental support into the universe that houses Adena. For anyone familiar with the work of Moebius, the Adena Cycle marked a change in his style, favoring near weightless simplicity for detail. This change gives The Star a unique character and helps it succeed as a story.

The Star details the adventures of two interstellar protagonists who end up on a deserted planet save for a light on the authorize???. The two travel weeks to the light in a vintage Citroën automobile before arriving at a glowing pyramid. The structure is surrounded by a refugee camp of alien species who have arrived here by accident some thousands of years ago. The origins of the pyramid are mysterious save for the glowing light that acts as a beacon for the galaxy. One of the sexless protagonists is caught in a trance that leads it to walk inside the barrier surrounding the pyramid, returning with news that the pyramid is a space shuttle that will soon embark on a trip to the Gardens of Adena. the story ends in a silent haze with the swatch of alien creatures being transported to the celestial paradise. For a story, the Star is very reserved in actual narrative. The whole thing plays like a dream, which emanates new age spirituality. The aforementioned minimal water colored visual style adds to the near weightlessness of the narrative. “Adena” helps flesh out some of the initial story, seeing a group of Earthling passengers being taken to Adena. The business and military personnel soon shed all trappings of age, rank, and class and become eternal beings free to enjoy the next stage in cosmic evolution. While this whole thing smells like pot, healing crystals, and bead curtains, the work of Moebius is so endearing, one cannot help themselves but get caught up in the star dream.

In previous reviews of Heavy Metal material, I have always made mention of its connection with the underground comics that flourished in the late 60’s. Moebius’ work is a time capsule that preserves the style and spirit of comics that have little concern with restrictions. Though the comic lacks any of the gratuitous subject matter typical of underground publications, the artistic freedom that comes with a narrative like this is more than entertaining to experience. It is interesting the producer of these Moebius volumes chose The Star as the first, as Azrach and The Airtight Garage are much more well known. This is only a momentary pause as The Star is more than an adequate beginning into the world of Moebius and the flying space pyramid. 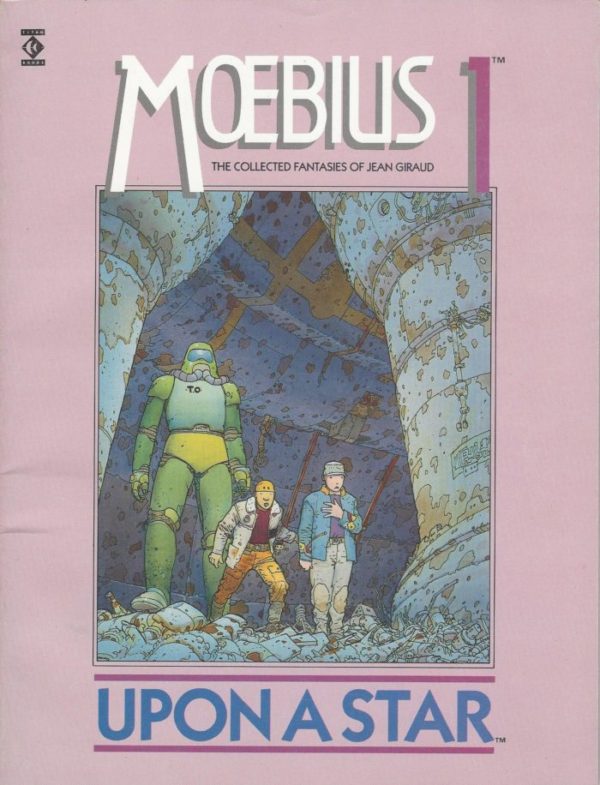