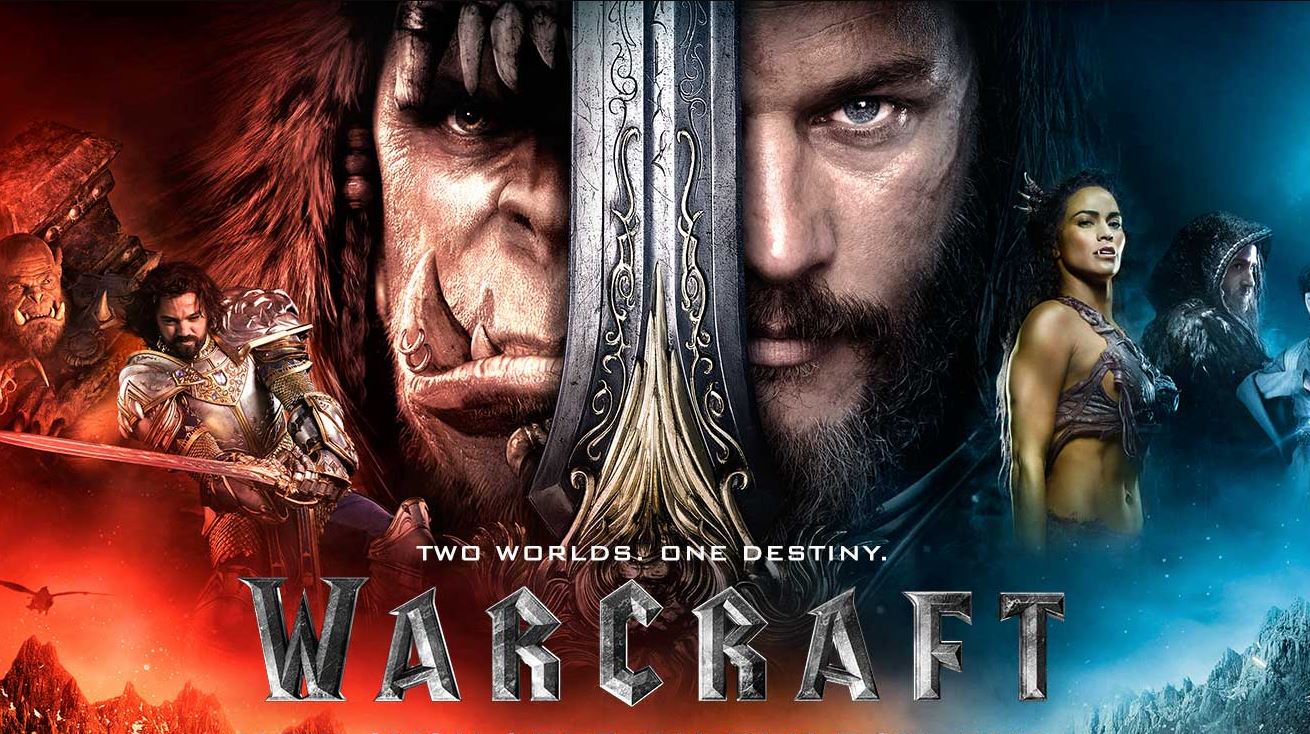 It is hard to think of anyone who hasn’t at least heard of World of Warcraft. The fourth installment of the video game franchise produced by Blizzard became a cultural phenomenon following its release in 2004. World of Warcraft and the idea of Massive Multiplayer Online Role Playing Games (MMORPG) became entwined with one being introduced with the other. That was 8 years ago and World of Warcraft has gone through 5 expansions with the newest set, Legion, being released in August. It is not difficult to see why the creators would want to keep this locomotive running with an expensive adaptation of the game’s overall premise. What is the problem here? Well, lots, but let us begin with the fact that there seems to be a gap between what the general public knows about the Warcraft universe and what the public is ready for into terms of the Warcraft universe.

To recap, Warcraft began, and stayed for most of its history, a real time strategy game where the player was in charge of overseeing an army, the main goal being to build resources and gain a tactical advantage over the opposing army. The difference between this and other similar games was the introduction of various races and classes throughout the game’s history, which gave the franchise its unique feeling. The game’s mythos was built throughout its installments and was aided with a continual series of novels and supplemental material added into an extended universe. This whole thing exploded with World of Warcraft, which captured the attention and time of millions of people. This is where we begin with tackling the plot line of Warcraft. Approaching the plot looks easy with the race of Orcs coming out of a portal and wreaking havoc on the human world, but it is not until one takes a tiny step forward and everything gets really fucking dense. This is where I feel Warcraft is vexed as the gap between a novice audience and people who have been playing for more than 10 years leaves a wasteland of confusion.

Let us begin with a simple fact, the visuals. Warcraft is entertaining to look at and watch. The visual setting for the entire world is fitting for the game’s aesthetic of mythic sized fantasy where there is clean armor, perfect light, and the grime of realism is washed away for pure escapism. Though the majority of criticism points to this film’s heavy CGI use, the simple fact remains that to capture the immensity of the film’s scope, these things are needed. Warcraft would be near impossible to create within any scope of dark gritty naturalism, so to set it in a clean CGI world is only natural for the amount of things it needed to portray. What would a flying Griffin look like given any other setting? How do you do a magic orc who spews necrotic magic any other way? This is not to say that there are not fundamental problems with this film, rather the visual aspect was the least troubling. Except the blood elves. What in the hell was that all about?

Warcraft attempts to wrap up the game’s first few installments into one consistent package. The orcs are led from their world Draenor to settle on the new world of Azeroth by a powerful and absurdly evil warlock named Gul’dan who uses the life energy of captured prisoners to create the portals between the two worlds. A small warband is sent into Azeroth to capture prisoners to allow the rest of the Horde of orcs to soon follow and capture the rest of the world. Great. That plot is pretty easy, but unfortunately that is only the first 10 minutes of the movie. What follows after the initial set up is a waterslide of half baked storylines, ineffective characters, and a desire to set up as many plot hooks as possible. It’s like throwing spaghetti against the wall until one of the blobs actually sticks. This is frustrating, as there are one or two interesting storylines in Warcraft that get buried under someone excitedly talking about Warcraft because you made the mistake of asking what that game is they were playing.

I think it is now time for us to meet the three audience characters. These are the characters the audience is going to be identifying with. The ones that either guide the plot along or at least cut the tension with some fourth wall nods. Durotan, the chieftain of the Frostclaw clan, Khadgar the surprisingly young yet powerful mage, and Lothar, the human knight/fighter who is given the awkward role of comic relief. Despite some obstacles, there are two storylines that make up the basis for the warcraft movie with the human storyline being told by Lothar and Khadgar, while the orc side is seen through the eyes of Durotan. For the most part, these two storylines are good and serve their purpose. I wonder if the movie could have fared better if they had focused more on these three characters rather than dogpile more on top.

Rushing into the mix because the producers perhaps needed a female rallying point is Garona, a half orc survivor that looks like Fiona from Shrek but is overshadowed by the character of Draka, mate of Durotan, who could probably have an entire movie based around her and it would be amazing. Garona is the orc turncoat who eventually becomes an important leader at the end of the film for a half baked reason. She is never given enough plot to be important nor is she given any reason to be important. Add to this the strange role of the guardian Medivh, who is like the magical protector everyone hopes doesn’t turn fucking evil, along with the “what are you really doing here” King Llane. These three are the baffling characters, as they do little to aid to the plot rather just muddy it with their screen time. Medivh also represents a complicated subplot regarding Khadgar meeting with glowing eye Kirin Tor, who lead him to Alodi, who lives in a magical box who didn’t need to be in this movie other than to confirm that yes, Medivh is evil and you probably shouldn’t be hanging around him. All of these subplots run over potentially interesting characters including some less known orcs like Doomhammer and Hellscream. I would be less picky about the plot if it did not make up 70% of the film with some glitzy fight scenes interspersed.

So if you were looking for a detailed account of what happens, Durotan attempts to undercut Gul’dan’s plight by forging an alliance with the humans in effort to save the world they are sort of destroying. the humans are aided by Garona who proves to just sort of sit on the screen and do nothing. Lets not get into the mystical magic side of what is going on and let us say that things come to a boil when Medivh is learned to be aiding Gul’dan as he has been possessed by an ancient demon who is controlling his actions. The classic “mad mage” character not only wrecks shit throughout the film but chooses to martyr himself in an effort to save Azeroth after, you know, destroying some of it. King Llane also martyrs himself in order for Garona to become respected by the orc clan which also allows Lothar to become the leader of the Alliance which also means that he maybe ruling next to his sister despite them looking nothing alike. Gross.

I want to reiterate that Warcraft, despite its obvious problems, was not a bad fantasy film. I think you can page through my other reviews and find worse. At its most aggressive, Warcraft is an unsuccessful fantasy film that had the task of not only bringing a rich mythos to the screen but also to hedge their bets between both fans and newcomers. The filmmakers chose fans, which could have been equally as bad had they dumbed down the story. This is what happens when you side with fans but also do not have the capability of transferring 20 years of franchise into 2 hours. Add to this the film’s obvious rush in both storyline and character plots to capture anything from audiences in hopes of a sequel and Warcraft feels less like a film and more like that one guy who isn’t taking a breath between sentences when explaining what game he is playing.