Longing for Memories: Frostveil and the New World of Dungeon Synth 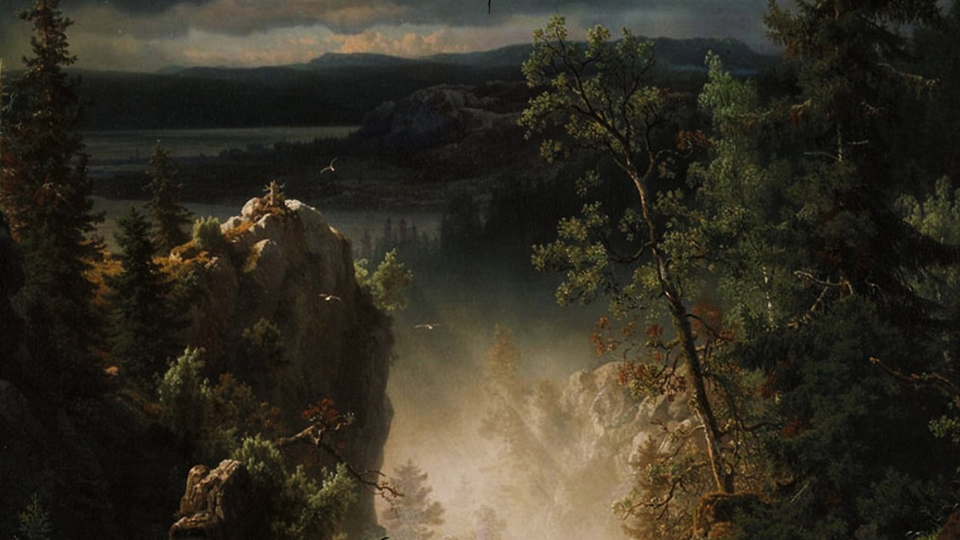 Though I have been in the habit of celebrating new dungeon synth releases, there was a certain type of energy which surrounded the debut of Australian based act Frostveil. What was even more intriguing was the fact that Antediluvian Majesty was an honest to goodness dungeon synth release from a black metal outfit and the rest of Frotsveil’s work resides in harsher worlds. Black metal and dungeon ysnth have had a long and complicated relationship and even though Frostveil is certainly not the first contemporary black metal act to release a dungeon synth record, the two styles have grown apart in recent decades which makes Antediluvian Majesty intriguing. From numerous splits over the past couple of years to even Satanic Warmaster covers, Frostveil leaves the world of the depressive and distorted to find moments of quiet. Antediluvian Majesty is that quiet space and over the light scraping of wind and snow, I asked the creator his thoughts on this new release and the sudden explosion of underground recognition.

Frostveil has historically been a black metal outfit. How did you get involved making Dungeon Synth?

Well I have always been a big fan of various kinds of ambient. Many of my biggest black metal influences were also masters of the ambient art (Striborg, Drowning the Light, Burzum), so I had always been interested in trying something along those lines. However, when I discovered dungeon synth by accident one night I was instantly hooked! It replicated the exact atmosphere I was aiming for with my metal music, but in an entirely new way! Several years before Frostveil was born I was heavily involved with making instrumental music of various genres, so I was already familiar with how to create digital/synth music, and since this was put on the backburner because of Frostveil it was always something I wanted to incorporate in one way or another. Dungeon Synth seemed like natural progression to me!

How have you found the reception to Antediluvian Majesty compared to previous records?

All previous releases had been demos or splits, so being my first significant solo release I put a lot of effort into creating a hype, which definitely paid off. Not only that, but with all my listeners being used to black metal only from me everyone had something to say about the new material, be it good or bad, but that was great because it definitely grabbed their attention! Each prior release has always included some kind of experimentation and no two songs have been the same, but this release had direction and purpose. Because of that I feel like people are respecting me as a musician more than ever, and in my eyes this release has allowed me to take a huge step outside of the “teen bedroom black metal project” rank which so many young musicians face.

What about the sizable group of internet fans that greeted your release with cheers and applause?

The overall reception has been overwhelming, from all those who have downloaded the EP or bought a tape I have received nothing but praise which of course I am very appreciative of! Even a few musicians who I have always looked up to and aspired to be like have shown great support which is something I never dreamed of reaching! Seeing people I don’t personally know sharing my music, uploading pictures of their copy of the tape on Facebook and Instagram or just commenting genuine nice things makes me feel like all the hard work was worthwhile.

How did you find the songwriting process of dungeon synth compared to black metal?

Composing the songs digitally has allowed me to build the songs as I see fit, as opposed to striving to write songs in a single sitting as I do with instruments. It was a very relaxing process and I really enjoyed every stage of it! It was entertaining as well. Being a relatively new genre for me to venture into I made sure to try as many different sounds and effects to make sure I am as happy as I can possibly be with it, so that was great fun! The release as a whole wasn’t planned until the songs were well on their way to completion, it was more of a personal challenge to see if I could create something I felt was on par with the music I had recently been enjoying.

A couple of the song titles for Antediluvian Majesty hints at memory or even a personal connection rather than fantasy? Is this release apart of the fantastic world or is it something else?

There was no concept for the entire EP directly, however I did try to make the songs replicate the feelings I got when listening to dungeon synth. That was usually a very nostalgic feeling, so yes the EP is much more about personal connections than fantasy worlds. Of course I have used a certain level of ‘fantasy’ to describe these feelings but its not like I invented a fantasy world to write about in my head. Its entirely personal.

So you would say your relationship with fantasy is less direct than other acts of the dungeon synth genre.

I do enjoy a good fantasy movie from time to time but as a rule (minus imagery and aesthetics) my music is not fantasy based and is 100% personal.

Is writing ambient music cathartic or calming compared to metal or do both have not so predictable emotions?

Well I’ve always been quite a perfectionist when it comes to composing/recording music so I wouldn’t say that the creative process is calming as such haha! The finished product is obviously more relaxing to listen to than metal but I think that no matter what genre I am composing I will always manage to stress myself out about it in one way or another. Plus, I always get creative bursts late at night, and by then I’m already tired and grumpy which only leads to me stressing myself out more. But, its at those times I appreciate the emotional value of music much more directly, so although its not always calming while I’m composing/recording I’m always more pleased with the final product during those times. I composed this EP very slowly and in a relaxed kind of way as there were no time restraints or anything like that so that was nice, but it always takes it out of me!

What have you liked in the time that you became involved in dungeon synth? Have any artists been on your mind?

Of course I love the classic artists such as Depressive Silence, Lamentation, Prison era Burzum. As far as modern and more underground artists go I have really been enjoying Arath, Corvus Neblus, Lord Lovidicus, Forgotten Kingdoms, Ekthelion, Ethereal Mist, This Mortal Night, Til Det Bergens Skyggene, Winds of Wyvern and probably so many more which I can’t think of off the top of my head right now.

Is Frostveil going to be a split entity in terms of black metal and dungeon synth or did this release give you insight into your future?

This was a very experimental EP, but after the great response and how much I enjoyed the challenge of creating dungeon synth I can say with absolute certainty that Frostveil will definitely be doing more dungeon synth in the future. Black metal will always be happening for sure, and I’m working on a full length at the moment which will be a majority metal, but as mentioned before, I do think the two genres do go hand in hand so I’ll always be doing both from here on in!