CRADLE OF FILTH – Hammer of the Witches 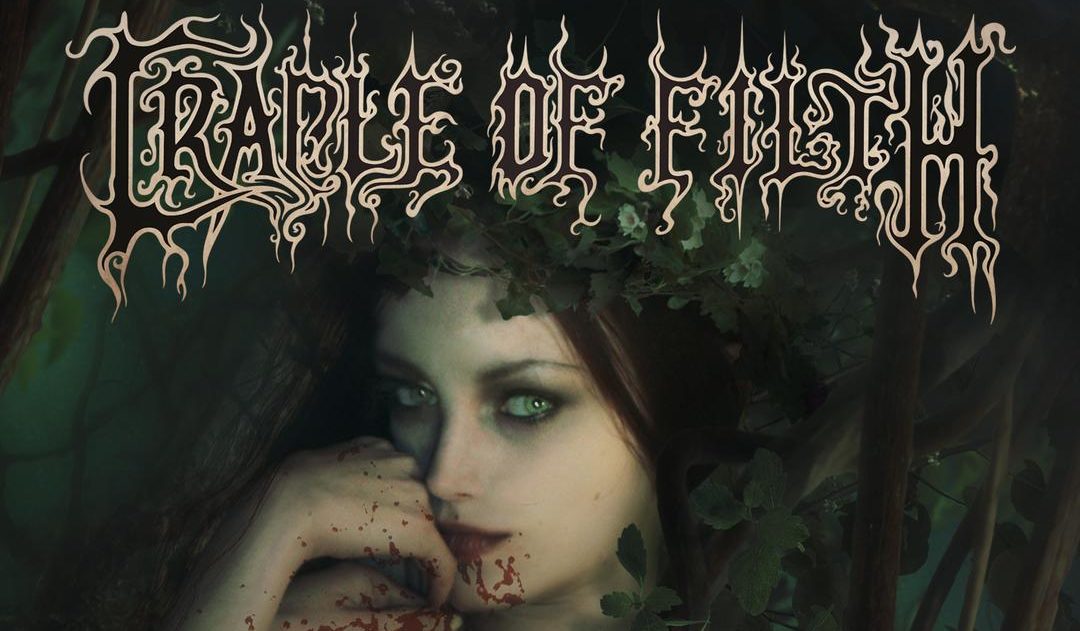 Oh Jesus, Cradle of Filth, where do I begin? Actually I do not think I can begin anywhere with this British extreme metal band. I say extreme metal because the band has toggled between so many styles that nailing them down into one specific genre is pretty impossible. From death, to symphonic black, to some sort of cathedral spectacle, Cradle of Filth has endured many changes as well as a litany of scorn from the metal community. I am not one to speak for the metal community as a whole, but I am trying to think of another band who has endured so much disdain, as well as success, in the extreme metal realm. There is a lot to take in with Cradle of Filth.

I speak of the band’s success in the extreme metal realm because, when boiled down, Cradle of Filth still uses of a modicum of harsh vocals, which separates them from other metal bands that land in the list of more accessible metal bands. Cradle of Filth, for good or ill, is both screaming and reaping in album sales. I feel regardless of what style the band is in, they should be measured on the merits of their records and not what they do or do not do for any style of music. With that said, if a bad record is made, then there is little anyone can say about it. Nope. It’s no elitists. Nope. It is just maybe terrible.

It is near impossible to discuss the long history of Cradle of Filth between albums as front man Dani Filth has been the only consistent member, with Sarah Deva as female backing second place in longevity. Aside from that, it has been a revolving door of musicians, all adding in slightly different variations to the same dark carousel ride that has been active for the past 20 years. Hammer of the Witches, the band’s 11th record, might as well be the first album with a new band, as half of the band joined in 2014. With so much in flux, Cradle of Filth has multiple opportunities to reinvent themselves. Maybe this is a new dawn for the band.

Compared to previous records, the band seems to have leaned more towards the extreme nature of their music, since a majority of the songs are frantic and similar to black metal. Even the band’s single “Deflowering the Maidenhead, Displeasuring the Goddess,” in contrast to “Temptation” and tracks off of the album Nymphetamine, sounds confrontational, with Filth’s voice screeching over blast beats. The opening track “Yours Immortality” is a refreshing jump back into a time when Cradle of Filth was slightly dangerous. This is, of course, until the change starts to spoil halfway through the record and Filth’s black metal impersonation wares out is welcome. Even though this sounds like the band has reinvented themselves, the change is only cosmetic, as Hammer of the Witches desperately wants to be a dynamic black metal record in the style of Behemoth but is honestly just a really fast Cradle of Filth album that has most of its accessible entry points barred from the inside.

When assessing the music of Hammer of the Witches, and ignoring everything else, Cradle of Filth knows how to create atmosphere. The tracks are well produced and aside from the high wails of Dani Filth, the music is a melange of gothic and black metal flavorings, which all sound like the were cut from the same velvet cloth. It is not difficult to see why this is enjoyable and possibly meaningful to some. Songs like “The Monsterous Sabbat” and “Blooding the Hounds of Hell” are nice instrumental breaks that provide mood and texture between the wall of 6 minute tracks that sort of all sound the same. All in all, Hammer of The Witches may try to look and feel like a dense extreme metal record but, in all honesty, it feels bloated, like a carnival balloon filled with too much hot air and about to topple over in boredom.