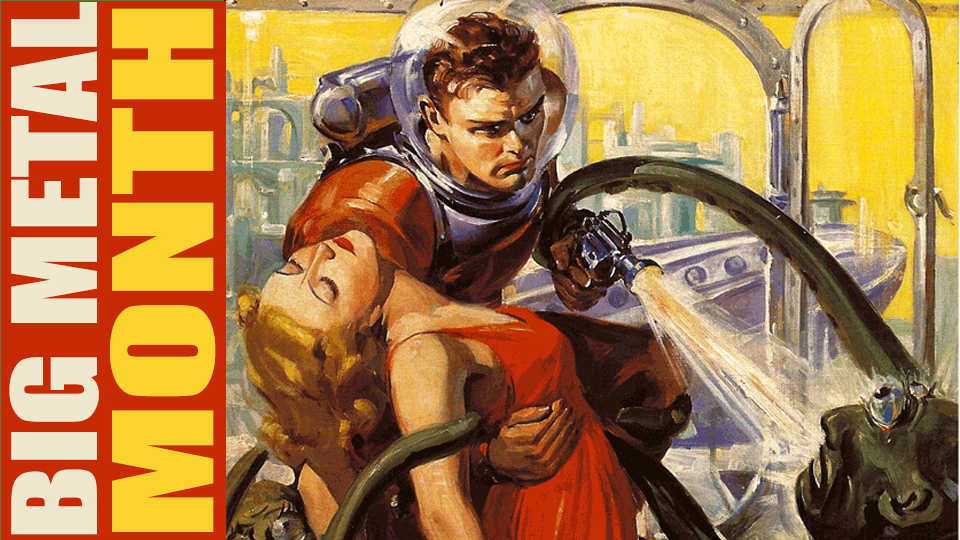 I think Watain would be more scary and sinister without a big budget video and polished sound but whatever, this is black metal with high overhead. For a band that was becoming the embodiment of everything 80’s parents thought their kids were listening to, Watain has certainly fallen into big company with a new album from Century Media. Despite the big explosive videos, this Swedish band has been riding on a rollercoaster with large name albums with decent mi-fi black metal. You could do much worse than Watain in terms of black metal to listen to as much as you could probably do much better. In the end, you get explosions so whatever.

Between the Buried and Me exists as a champion among progressive metal fans who are still doing double albums in a time when its hard to get people to pay for one album. If we ever get to the point where the record industry is looking for ways to entice fans into paying for music, it is going to come by the way of noise loving cassette culture and progressive metal fans who love triple albums. I have always enjoyed the structure and consistency with this band despite them getting into the territory of never being able to release one album at a time.

Black Veil Brides existence in this world perhaps mirrors the disdain/popularity of other glam metal bands of the 1980’s. Despite this song being simple power rock with a video that is the cringy daydreams of moody adolescence, one can not deny the presence of a band like this on old metrics of popularity. To be honest, this is probably how Motley Crue looked back in the 1980’s so I guess Black Veil Brides will be cool in another 30 years. What about the music? Well, whatever. We are far beyond the tunnels of the underground so we might as well enjoy ourselves.

It is always odd writting about Tribulation n a column like this as they were sort of an up and coming spooky black/death back in the halcyon days of 2009. Now look at them. All grown up with weird music video that doesn’t really suit their style all to themselves. For the last two records, Tribulation have been getting bigger and sort of awkwardly cast out from their original fans and new ones who do not know what to do with them. Regardless, their music has always been the same and enjoyable. If you like spooky progressive black / death with a band that takes care of their wardrobe, it is time to get glamourous.

Let us be honest, I have very little idea what is going on in the first 30 seconds of this video and even less interest in what is happening after that moment. While Machine Head has sort of wormed its way out of the whole Nu Metal bubble, the band has been a standard bearer for the groove/thrash/nu metal sound throughout the 00’s. Now in 2018, we get to relive what it was probably like in the late 90’s with big hooks and angry vocals. Do not come expecting anything relevant in a current metal sound rather what an alternate history would have looked like had nu metal never become uncool.

You know what, I never really listened to this band and I know they have a long catalog. From my research, Arkona has been consistently making Russian influenced folk metal much to the enjoyment of fans who probally have medevial weapons somewhere in their house. From the sound of their single “V pogonie za beloj ten’yu’ and most of their new record Khram, Arkona is pretty solid and consistent with their sound which is funny as their outfits are way more elaborate than others in this article. Well, maybe not Tribulation and most certainly not BVB.