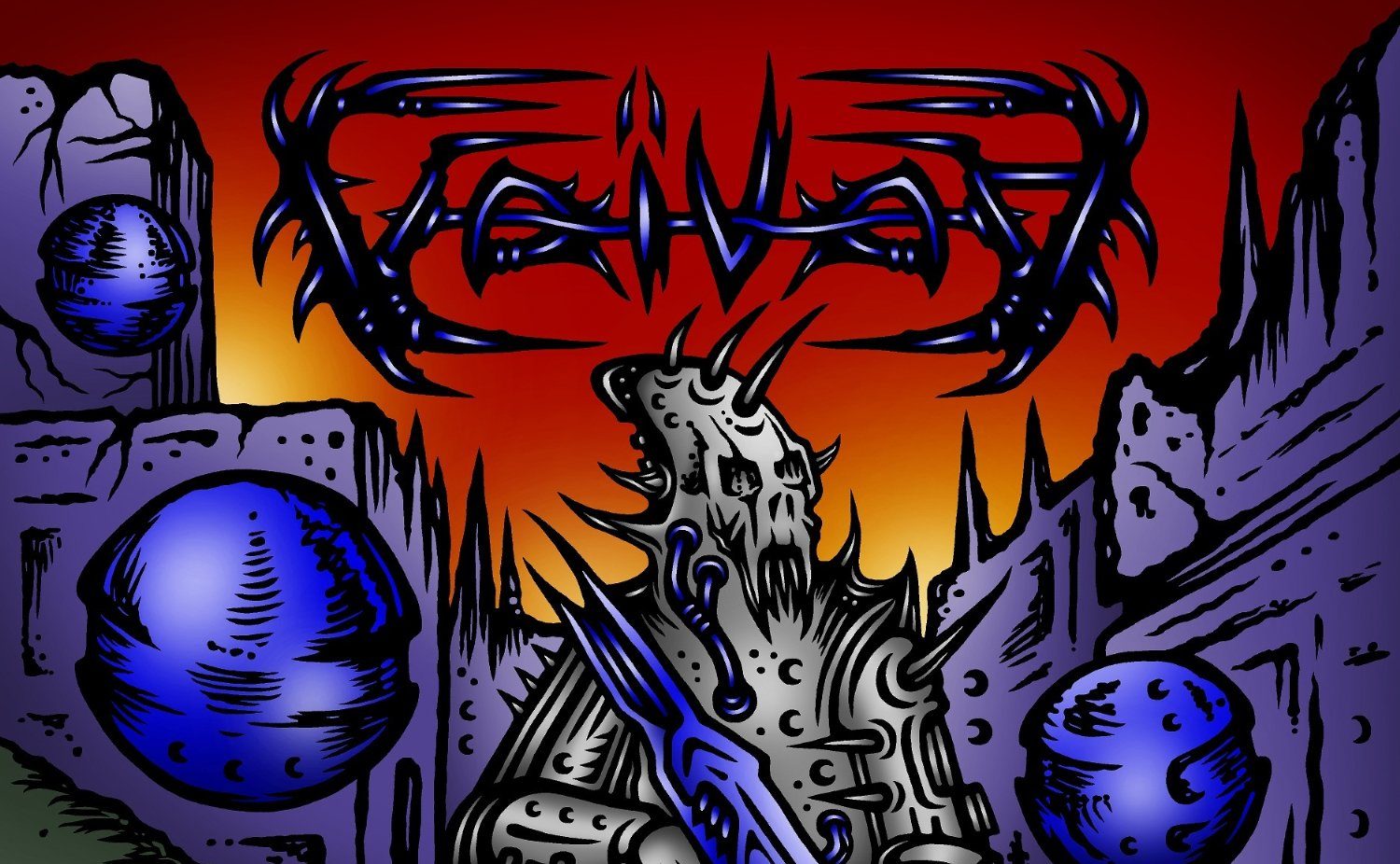 The innovative Canadian quartet known as Voivod faced almost insurmountable odds going into the creation of their newest release, “Target Earth”. To begin with, the band had expended the last of founding guitarist Denis D’Amour’s leftover recordings during the creation of their 2009 release “Infini”. These demos, recorded by Denis prior to his departure from this world in 2005, were, admittedly, not really indicative of the “classic” Voivod sound, but to many people he was the man most responsible for that sound and a Voivod without him was inconceivable. Additionally, the band had been struggling with lineup changes and aimless genre experimentation for almost two decades. This is to say nothing of the band’s age, of course. Voivod were a band in the twilight of their career, or so I thought.

It became clear to me quite soon that the band was aware of the stakes and was serious about proving themselves. The band wastes little time unleashing the full scope of their late-80s arsenal upon the listener, leaping between disparate tech-metal outbursts during the opening title-track before settling into an uneasy 6/8 and some apprehensive groans of “a few more hours…” from Denis Bélanger. “Kluskap O’Kom” answers “Target Earth”s disorder with a relentless, pummeling drum line from Michel Langevin, the band’s only constant member. The song is notably simpler but no less powerful, and Denis sounds genuinely desperate and paranoid as he snarls lyrics about “running in the woods”. Perhaps even more impressive than their demented thrashing on this album is the way they handle the quieter textures in songs like “Warchaic” and “Resistance”. The band sounds hungry again, perhaps due to the return of original bassist Jean-Yves Thériault and the involvement of their new guitarist, Daniel Mongrain. The Martyr guitarist does an unbelievably good job balancing flawless imitations of D’Amour with his own ideas and delivers blistering guitar solos that almost put the late guitarist to shame.

Like the menacing warrior that adorns the cover, the music of “Target Earth” is precise and powerful. While they do retread some ground on the second half of the album, they demonstrate that they are not has-beens trying to reclaim former glory but, rather, a team of passionate artists who still have something important to say.