A SOUND OF THUNDER – Time’s Arrow 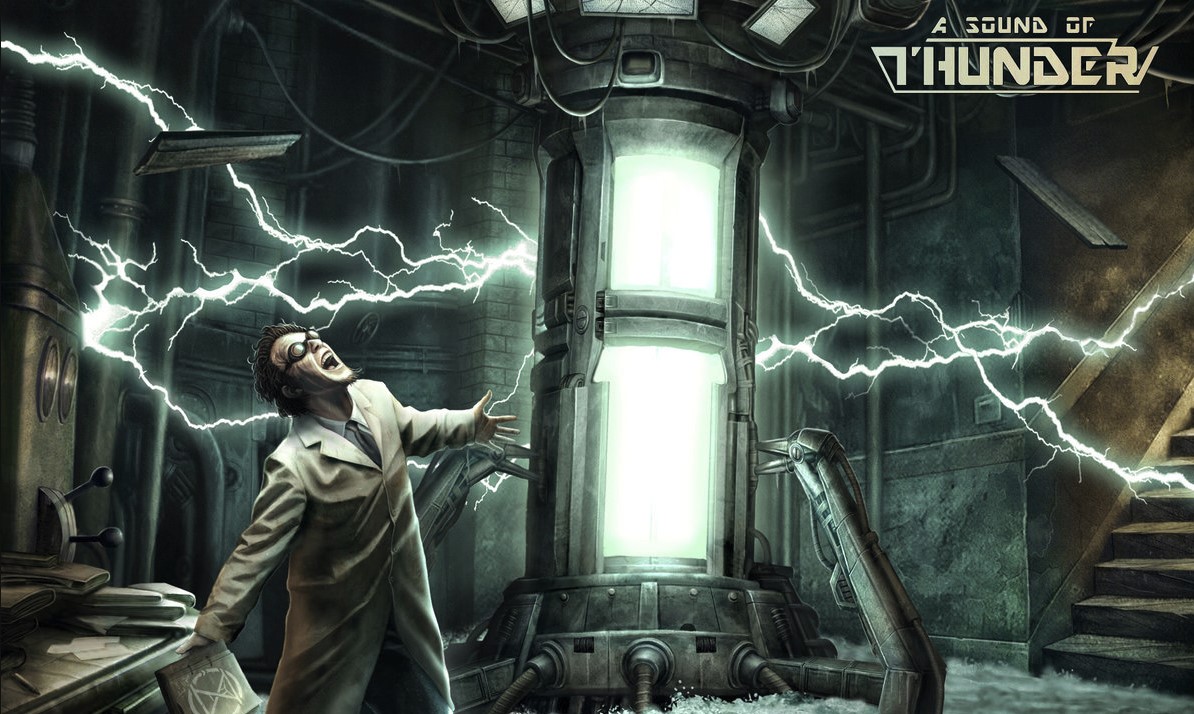 Fair warning. I have had a lot of problems with female vocals. While this sounds like a large blanket statement, female vocals within the realm of heavy metal, personally, are usually met with me poking a fork at it while sitting sullen at the dinner table. To be honest, I enjoy female metal vocals when growled, shrieked, and even gurgled. Additionally, I enjoy female vocals pretty much anywhere else aside from heavy metal. Clean female metal vocals however are different. There is something about the symphonic female tempo which is packaged as edgy but still retains an accessible core which bothers me. It is something which has ruined half of gothic metal for me. I know this sounds like a terrible way to start a review, but perhaps the new A Sound of Thunder will be a good learning experience for me.

A Sound of Thunder is a Washington DC based traditional metal act. When I say traditional metal I mean traditional in the traditional sense. Taking cues from 70’s hard rock and heavy metal as well as strong inspiration from the New Wave of British Heavy Metal, A Sound of Thunder crafts anthems which are infused with elements of science fiction and themes of high optimism. In fact, the band is so close to power metal that I am sure they get invited to their weekly meetings all the time. It is a strong scene in which start an album which little room for complete error. I know I was just saying that I come to the table already frowning but it took me halfway through the album’s title track to finally try it and sit up straight and stop complaining.

“Time’s Arrow,” the song, was an important moment for the A Sound of Thunder’s third release as it not only showcased the range with vocalist Nina Osegueda but it revealed the band’s love for long galloping heavy metal and ability to make a successful power metal song. Though the album is not filled with songs of that exact formula, Time’s Arrow, the album, does create highlights which allow listeners to hope for. At it’s worst, Time’s Arrow is a passable traditional metal record with competent talent making a competent record. At its best, Time’s Arrow is a deftly constructed heavy metal record which now stands as a metaphor to the power of a fanbase.

A Sound of Thunder is becoming known for one of the success stories with crowdfunding. Time’s Arrow was in danger of falling apart if not for the generous contributions from fans and supporters of traditional metal. Time’s Arrow now stands independently of metal records and acts as further colonial expansion into the realms of independent releases. Well, at least away from large labels. The guy with a drum machine and bedroom synth has always been making independent records. Time’s Arrow is an interesting record because its production, art, and guest appearances are all indicative of a larger label, or at least one with access to resources. Time’s Arrow and A Sound of Thunder could not operate with a drop in production or some sub par artwork from a high school student. They need it all and despite the lack of label support they managed to pull it off. This further gives hope for the future not only for the band but traditional metal in general.

The highpoints on Time’s Arrow are the already mentioned title track, “Queen of Hell,” Blaze Bailey’s guest appearance on “My Disease,” and the self proclaimed tribute to Hawkwind “Reign of the Hawklords.” Along with the variation in vocals, these particular songs succeed because of Josh Schwartz’s guitar leads which are sometimes unfortunately held back in favor of other elements. The strength of the successful songs rests in Swartz’s prowess to become a guitarist from 1981 and make blazing spectacles in the sky. Time’s Arrow’s strong points more than make up for its listless numbers including the bluesey Roadhouse montage “End of the Road.” Sorry, I hate the blues and no amount of butter and pepper can change the taste of that.

Aside from all ridiculous food analogies, Times Arrow offers listeners many points of interest. Coming from someone who has a strong prejudice of elements which inhabit every corner of this record, I found myself pleasantly surprised. Take that as your weird fucked up yard stick and decide for yourself. Time’s Arrow despite fitting within preconceived notions of taste shows an important development in traditional sounding independent heavy metal. Because of this we will have other things which will shine in the skies like volcano fire. Shit, I even have changed my view on female vocals.