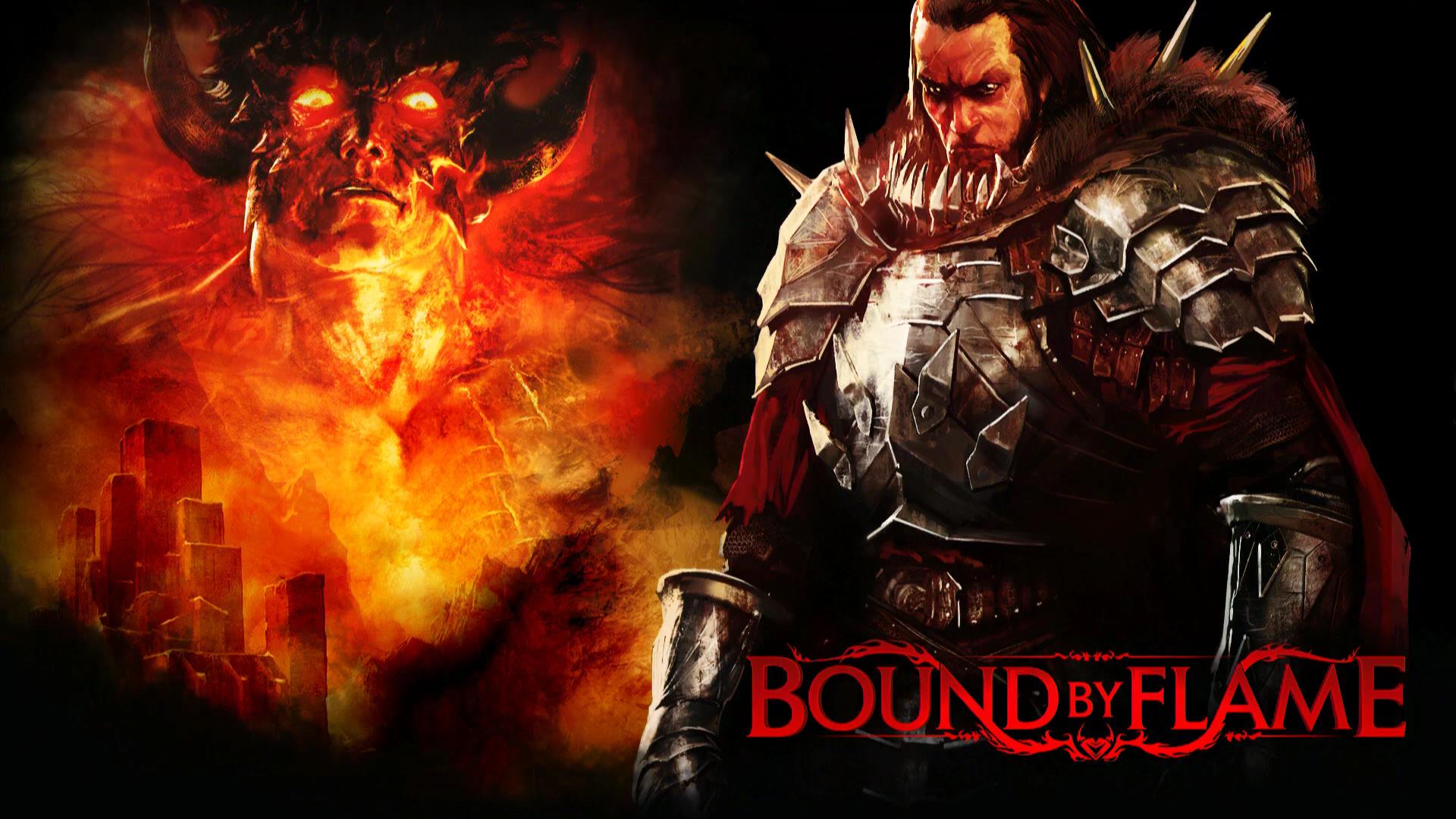 Does anyone remember “Of Orcs and Men”? It was, aside from being a totally mediocre game from small-time games company “Spiders”, one of my earliest and most mediocre reviews. It’s also a game I swore to forget, hence my beginning this review with a question.

I think it was probably a poorly-written slipshod effort whose flighty moments of interest were overtaken in an arid, un-inspired badland by the twin demons of poor writing and inconsistent design. That could, of course, be because that’s what their latest game is like, and I don’t think they could be getting worse… could they?

“Bound by flame” is the latest game by “Spiders”; an action RPG set in a dark-fantasy world. And if that sentence fills you with a sense of Deja-vu, don’t worry, you haven’t gone insane – it’s everyone else who’s gone gorillashit. These fuckers are falling from the damn sky like bags of brown grit, released by a fucking lunatic balloonist. And if you’re desperate for a new Medieval RPG for your shiny new console and you just can’t wait until someone competent takes a chance at it, read last weeks’ review. DS2 is out. It’s like what would happen if you rammed Game of thrones and Dragon Age into each other at 1000 mph. Needless mess and crying fantasy fans.

The only conceivable reason you might want this is if you’re dramatically adverse to interesting things and have a deep and enduring mistrust of excitement – if that’s the case, roll up, you theoretical dumbo. This leaving’s got your name on it.

The writing and plot in “Bound by flame” is almost too terrible to recount, but I remember something about an army of the undead being lead from the north by a group of mysterious undead icelords, and I think we can all agree that nothing like it has been seen in popular culture of late.

But while at least the plot is stolen from well-designed and competent storytelling, the gameplay isn’t. Does anyone else recall the roiling mess of slimy dragondung that was Dragon Age 2? A well written and inventive game of moral greys and consequences that was absolutely slaughtered for its shitty combat system? Can you guess the one thing this game chose to accurately replicate? I’ll give you a tip: it’s the one that doesn’t require talent or skill. I was momentarily considering complimenting its monster design. Despite my disinterest I have to admit that there are some interesting monsters rampaging about this listless and underpopulated world, but then I had a startling realisation: there’s not one I haven’t seen before. Seriously, zombies are zombies, and the common foot soldiers are as generic as you’d expect, but then the first boss (a gigantic beast with tusks and an open, distended ribcage) struck me as well designed until I realised he didn’t really make a deal of sense. The majority of the zombies were clearly once-living things, but this guy looked like a great and terrible amalgamation of corpses, almost as though pulled together by a virus or other haunting force. Then I recognized the fucker. He’s from Dead Space 2.

The ideological pilfery doesn’t stop at enemy design though. The writing, despite being flat and insipid, seems to have been swept at large from a huge compendium of vaguely old sounding clichés. There’s no fucking sense to any of them. It’s almost Shakespearian, really, if Shakespeare was an over-eager teenager with a thesaurus, instead of a master of language.

I guess if this review reads like a jumbled and offensive mess, I can only apologise, but look at what I had to fucking work with here. It’s just hard to give a shit about something that its creators obviously didn’t.