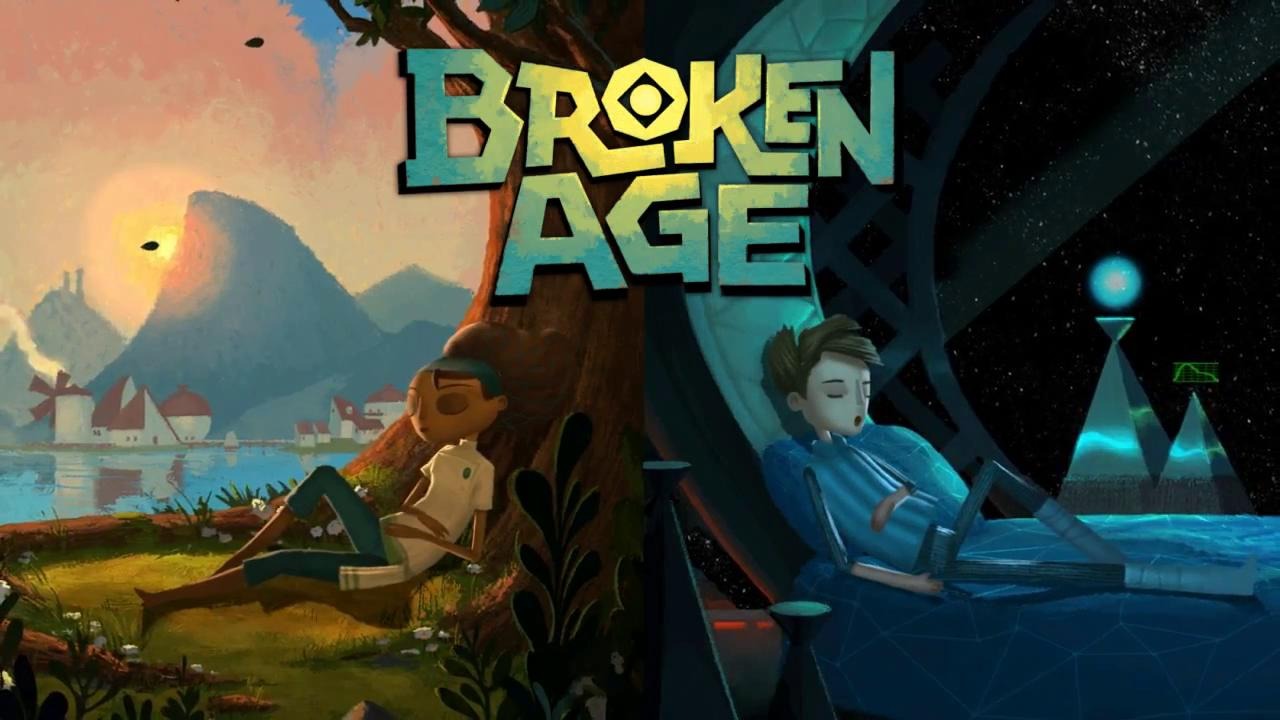 What do Jack Black and Frodo Baggins have in common? Well, aside with a fascination with peoples’ precious rings, anyway?

They’re both now Double Fine protagonists. Jack got the entirely awesome Brutal Legend, and now Elijah Wood has been honoured by Broken Age, a brand new point and click adventure game. Jack’s in there too, of course, but as a permanently high novelty character.

And yes, nothing is as it seems. As always.

There’s another protagonist too. Without a split this’d just be “Age” and while I don’t think I’m alone in thinking a game about watching a body go through the stages of living decay would be metal as fuck in fast motion, it’d just be boring as fuck in real time. So the other character, Vella, (voiced by the fantastic Jennifer Hayle) turns up, a young black girl in a feudal town of bakers. It’d be the kind of thing people call “idyllic”, if there weren’t a Cthulhu-esque horror on its way to consume her. Such is life for a human sacrifice.

Contrast this with Elijah, who plays a young dude called Shay, trapped in the just-a-little-too-tight embrace of a spaceship that reminded me more and more of the Heart of Gold on a low hundred thousand probability rating. These two stories can be played in any order, but of course the big finale can only be reached by playing both, and the wonderfully disparate stories start to fit together, though not in the way you might guess. I for one had a rather smug moment towards the end when I thought I figured it out, only to discover that I didn’t, in all reality, have a god damn clue what I was on about. It’s hand painted and jolly and fun, with underlying threads of terror that keep mounting in the background, while the puzzles and sense of humour keep you distracted. It’s a game that manages to make a puzzle section out of human sacrifice, and somehow never feels morbid.

It’s a shame then that it’s not complete. The current release is only the first half and, while we’ve been promised the second half as a free update later it does mean the game’s a bit short at present.

If you’re a veteran of the old days, of the Sam and Max and Grim Fandango variety, you’ll perhaps be a little disappointed. The puzzles are toothless and few and, other than a couple of moments, solved almost immediately. There was one moment, a riddle, that had me stuck for just over ten minutes. But that was more down to poor level design than anything else. It required me getting an object, surrounded by identical and inaccessible objects, that I had no reason whatsoever to think I might need. And since what I needed was a world’s worth of screens away, so going back and realizing my folly was the work of an exhausted, thoroughly clueless mind. It’s expensive too. Coming in at $25 for four hours of entertaining, if totally un-replayable fun. All things considered, maybe it’s not a bad idea to not fuck with this thing.

What fun it is, though. It’s written fantastically well, another old adventure game tradition, and has a sense of humour that’s really hard to find fault with. And, if you’re thinking this is all a little tame, I’ll give you a little spoiler. At one point you come into the hut of a hipster lumberjack who has barricaded himself inside. Why, you ask? Well, the trees have, all at once, come to sentience and he just can’t stand the screaming anymore. There’s also a puzzle involving torturing someone with the mutilated body of a fallen comrade. There is, you might notice, a stark lack of fucking around. None of it interferes with the joyousness of the art-style and the fun of the humour, but there’s an enduring thread of not quite right-ness running through the whole thing that I both enjoyed and was made uncomfortable by. Imminent doom is japed about, and being consumed by an enduring, invincible horror is a popular event for all the family.

It’s also fucking badass that a young black girl is the toughest, most fierce member of the cast, and still totally feminine. I won’t spoil anything, but she’s the only character whose rebellion is purely internal. While Shay is assisted by a giant wolfman (or a man in a wolf suit, as he bizarrely insists) hers is done against the advice of everyone in the world. It’s a kind of Soylent Green thing where nobody seems to realize that “the maidens feast” is PEOPLE!

Broken Age, despite being a broken release, is awesome. It’s characters, from the badass Vella and adventurous but timid Shay to the myriad horde of professionally voiced, brilliantly written characters give the whole thing plenty of personality. It’s not an adventure game for a new age, but it’s more than prepared to hark back to the old one and, honestly, that’s enough.