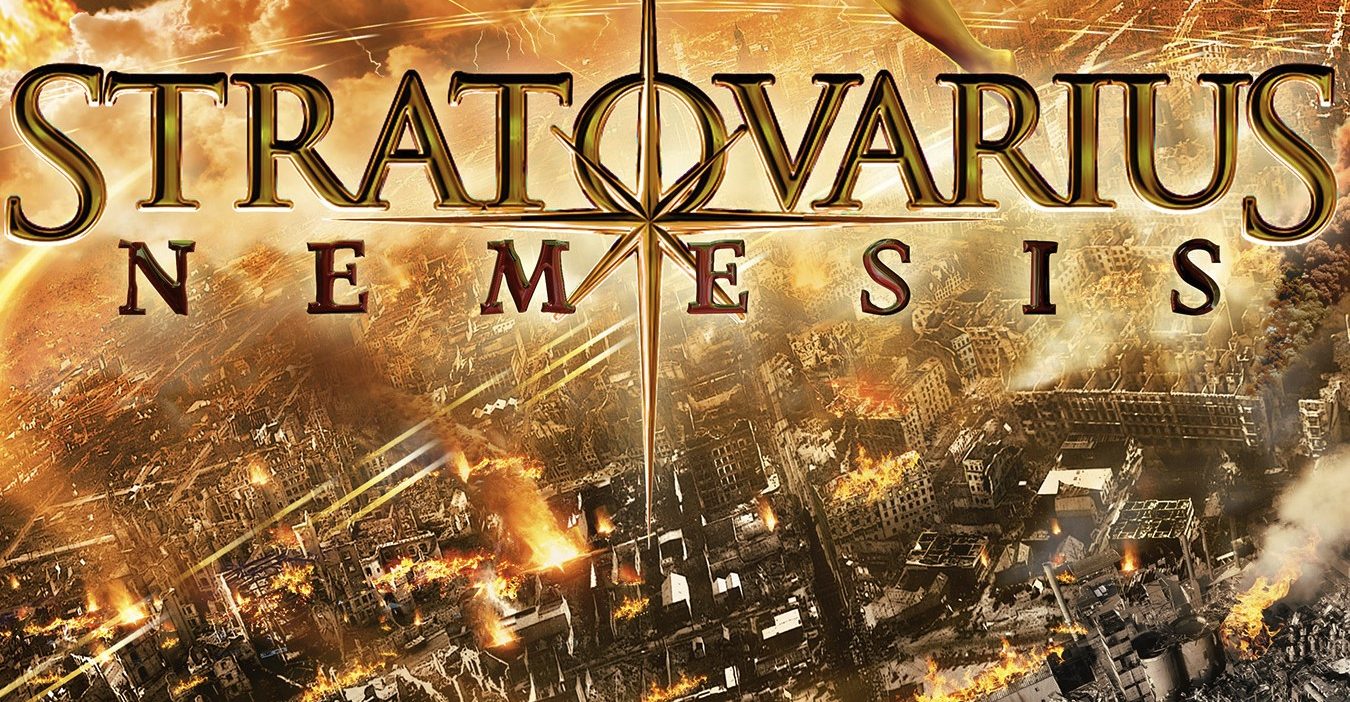 Wait. Really? When? How? I mean it is not that I doubted them but, really? They did this. Holy shit. Well, skin me alive and call me Sally, this is something. Maybe it was because I got lost in the last Portal record but wow. I mean sorry for being speechless but this is pretty damn good.

Finnish outfit Stratovarius has been around for a while. In fact, the band hovered around the inception of European power metal in the late 80´s with other acts like Helloween. Since then Stratovarius, like Helloween, has released a steady stream of albums. I feel slight embarrassment for the fact that Stratovarius has passed under the radar despite their relatively strong standing records. Perhaps Nemesis, the band´s 14th release, was destined to clue me in to the fact that Stratovarius has always been consistent and that I should pay more attention. There seems to be an unyielding source of positive energy located across this expanse of a cosmic plane. Lets kick it transcendental.

Perhaps my enjoyment for Stratovarius comes from their very textbook execution of power metal. Optimism, fantasy, high production. All of these elements are hallmarks to developed power metal and, when employed in the right ratio, make an album incredibly effective. From the opener “Abandon,” Stratovarius nails the vocals, guitar leads, and tempo for an enjoyable record. “Abandon” sets a course on its gleaming silver ship to travel across the galaxy on the wings of spirited power metal.

It is important to realize that power metal has two sides. From the very raw and stripped sound of early US power metal to the incredibly slick variety developed by the Europeans. Stratovarius is a shining champion for the latter, as their synth department is employed with liberty. At times, throughout Nemesis, the songs break into an electronic pulse that could be construed as a futuristic dance party. Is this a bad thing? Not unless you hate futuristic dance parties. Don’t be such a wet blanket. This fact shows the band´s willingness to traverse into distant territories if the outcome is positive for the record. Is it? Not unless you hate feeling positive. Come on.

While I have already commented on Stratovarius´ consistency throughout their history, Nemesis marks a high point for the band. The songs hit every note just right and resound with entertaining qualities that are, quite frankly, leaving me amazed. Even the songs about fantasy, dragons, and castles in the air circumvent being absurd. Alright I may be giggling a little but its mixed with a complex sense of enjoyment.

Nemesis is a third record in a new narrative arc which began in 2009 with Polaris. With only the subtraction of long time drummer Jörg Michael and the addition of guest guitarist Jani Liimatainen, Stratovarius’ lineup has remained conistnet and the band has come to create three above average records. Fuck. I think this band is reaching another creative peak and I almost missed it. I think I may need to check back on the cosmic kingdom now and again. I almost missed something important. Perhaps it is my enjoyment when a power metal record sticks its landing but Nemesis is nothing but impressive.