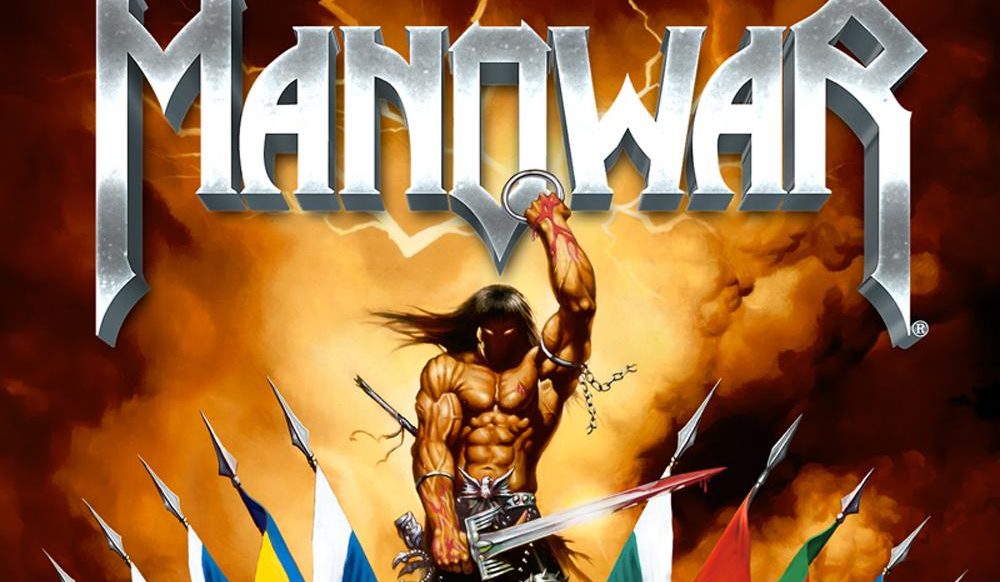 Manowar is awesome. I have traveled cross country multiple times to see them. I consider the two Manowar concerts in 2011 at the Agora in Cleveland the best shows I have ever been to. Now the year is 2014, sorry MMXIV, and Manowar have re recorded another one of their classic albums, “Kings of Metal.” I thoroughly enjoyed the re recording of “Battle Hymns,” so I had reasonably high expectations for “Kings of Metal MMXIV” even after the so-so “The Lord of Steel.” So let us revisit the past with our favorite armor and leather clad men from New York, for better or worse.

To start off, the album is a tuned a whole step lower than the original (Manowar has tuned down since “Warriors of the World”), and the tracks are ordered and titled differently than the original (I will leave out MMXIV, add it yourself!). You get Donnie Hamzik and Karl Logan instead of Ross the Boss and Scott Columbus. Karl shreds HARD. The solos on this re recording are probably my favorite part of the album. He keeps a lot of Ross’s original hooks, and then tops it off with some very very killer leads of his own. Donnie holds it down, though the drum production could have been more powerful. Eric sounds a lot older now, so you can cry or like it for what it is. Joey’s bass tone sounds good again, very welcome after the absolutely horrible bass tone on “The Lord of the Steel.” Overall, the production is good, but lacks the oomph that “Battle Hymns MMXII” had.

So the album starts with “Hail and Kill” instead of “Wheels of Fire.” It starts promising enough, adding some triplet double kicks and dive bombs into the intro. The acoustic section sounds wonderful, adding a lot of the cool licks they use live. I must admit, once the metal started, the production went down a notch in my ears. Somehow the acoustic part is ballsier than the metal… come on Manowar! The title track “Kings of Metal” is pretty faithful to the original, not much to report there. “The Heart of Steel” is where things get different. The new intro is so great! Dare I say, more powerful than the original? Unfortunately, again the metal part of the song does not meet up to the wonderful re imagining of the intro, and it falls a little short. “A Warriors Prayer” is even more ridiculous this time around. Brian Blessed gives a very enthusiastic performance, the man could over act his way out of the burning twin towers if he wanted (chill out, I meant the two in Lord of the Rings). So many rolled “Rs.”It leads into “The Blood of the Kings.” They add an extra verse, complete with a shout out to the good old USA, go ‘MURICA! Not much different here besides the excellent string skipping arpeggios of Karl Logan.

“Thy Kingdom Come” is probably my favorite new rendition on the album. Nothing strikingly different than the original, its just a great song, and Eric’s now lower voice lends well to the track. I feel the vocal production on this track is better than the rest of the album, more layered vocal tracks please. OK, I never really enjoyed Joey’s bass solos. They are entertaining live, but a little unnecessary for the albums. This time they record “The Sting of the Bumble Bee” at 300 beats per minute, and just to prove, they LEFT THE CLICK TRACK ON THE ALBUM. WHAT? WHY? So annoying! Come on Manodudes, we believe you, no need to leave your pro tools fodder on the final release.

“Thy Crown and Thy Ring” (thy thy thy thy thy thy) sounds excellent, its very similar to the “metal” version off the “Thunder in the Sky” EP, just minus the metal at the end. Now we sort of reach the end of this re recording with what was once the album opener, “On Wheels of Fire.” I like this one a lot, the guitar is nice and chunky, and it sounds great tuned down. The motorcycle samples are louder and longer, so rev em up! The album continues on with some bonus tracks, mostly instrumental versions. The noteworthy ones the metal version of “Thy Crown and Thy Ring,” which is awesome, and a guitar solo version of “The Heart of Steel.” Cool little bonus, thats about it.

Overall, this is an enjoyable blast from the past, but nothing to write home to Asgard about. Its grows on me with each listen, and I am sure I will blast it from time to time. Sure its not the original, but give it a try and like it for what it is, some old metal heads revisiting their past. Hopefully it gives them inspiration to pick up where “Gods of War,” “Thunder in the Sky,” and “Die with Honor” left off. Its high time they start heading back in the correct direction, back to the glory and epicness of the Manowar albums of old. Hail and Kill.