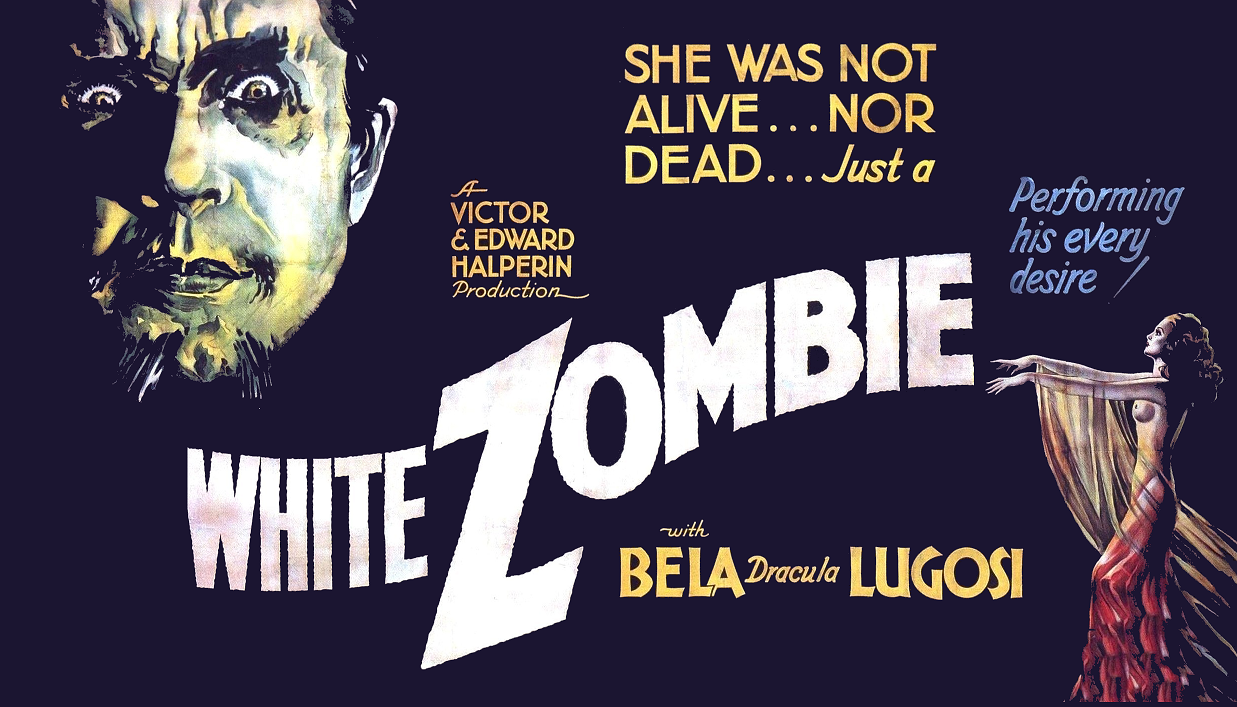 It is time to depart the realm of Universal based horror films to somewhere else. While all recent horror reviews have centered around the iconic films of the early 20th century, as well as gems made from the same studio, there were others to consider. White Zombie, by all definitions and terms, was an independent film that was pieced together with thin budgets and a condensed schedule. The film’s “star” Bela Legosi was hired for an undisclosed amount of money and served as the film’s sole draw. It is not surprising the film did not do well upon its initial release. What is surprising, however, is how odd and slightly unnerving the film is today.

To appreciate the basement production of White Zombie, it is helpful to compare to other films of the same time. Everything regarding the film from acting, film quality, sound, and just general presentation appears much older than films like Frankenstein, The Mummy, and even Dracula. I believe in relation to other films of more generous budget White Zombie’s freedom in doing whatever it wanted has made it a film glowing with charm and cult quality. To add to this, the cinematic archetype of the reanimated dead was born in White Zombie and remained largely unchanged until the late 1960’s. At times, I wish this film would grow a larger appreciation but I feel its general neglect adds to its legacy. If anything, this film’s unintentional over and underacting has added to its odd horror. Take for example the reluctant zombie help staff.

White Zombie starts out with two lovebirds Neil Parker and Madeline Short. The two have arrived in Haiti at the request of a wealthy plantation owner, Charles Beaumont, who has persuaded the two to meet him before their marriage. Alright this already sounds creepy but it is good that Neil is sort of dim. Beaumont is secretly in love with Madeline and enlists the help of a voodoo sugarcane zombie mill owner. Beaumont obtains a potion that will put Madeline into a suspended zombie state until her fiance believes her to be dead and leaves Haiti. While this whole thing seems unbelievable, I did just mention the phrase voodoo sugarcane zombie mill owner.

Similar to the link between the opening of Tutankhamen’s tomb in 1922 and the release of The Mummy in 1932, White Zombie is a cultural artifact that followed the Haitian occupation from 1915-1934. At this time, the fascination and fear of reanimated dead became a part of public knowledge due to William Seabrook’s 1929 novel The Magic Island. Similar to the romantic fear of ancient Egypt, zombie lore was rooted out of misunderstanding of the Vodou religion and a fetish for savage cultures. White Zombie takes bits of reality and cloaks it in pure fantasy. Though the film is entirely fictional, the original idea of a zombie — a soulless slave bound to a master — remains largely intact. Night of the Living Dead would change this notion into a flesh consuming monster. White Zombie’s master is a man named Murder, played by Bela Legosi, who is head zombie foreman and enslaves the lumbering masses to produce sugar in his mill, as well as to do his evil bidding. He is also entirely without compassion. But I mean, why would he be? Yes, George Romero helped solidify the modern idea of the zombie but come on. These guys are almost there.

One of the more engaging parts of White Zombie, compared to other films like the Invisible Ray and The Wolfman, is that there is action. Clunky action but action nonetheless. Neil Parker is a proactive protagonist who throws himself around each scene while trying to solve the mystery of his recently “deceased” wife. Beaumont, who finally has Madeleine, soon regrets his decision as her lifeless corpse stalks around Murder’s seaside castle. When Beaumont challenges Murder to undo the evil he started, Murder secretly transforms Beaumont into a zombie via the same potion given to Madeleine. Idiot. Neil finds the castle with the help of a local missionary, Dr. Bruner, and eventually undoes the voodoo mind control enslaving Madeleine. Oh, also, some zombies fall off a cliff and Bela Lugosi gets to stare at the camera and make hand gestures.

Previously I mentioned how the film is slightly unnerving. This fact does not come from the acting, storyline, or even setting but rather the sound and score. The music used in the film ranges from the obscure to the downright odd. While Neil is climbing the stone steps to the castle, a soulful religious chant plays loudly in the background. The score includes re-recorded pieces from Wagner, Mussorgsky, Gaston Borch, and Hugo Riesenfeld. The selections, along with their placement in the film, gives the whole thing a jagged yet odd composition. To add to this, the recording of sound (including screams and shrieks) are mixed to the forefront, leading to each instance of cries or animal noise to be at blood curdling levels. I do not think I have ever been as frightening by a vulture scream until this film had me wet myself on my couch.

White Zombie is an absolute treat for anyone into zombie lore or just independent horror films of the early century. It’s position right before the Motion picture code of content makes it a film which flew unnoticed and much to the ignorance of many people. Lugosi’s part in the film is near forgettable and marks his dramatic drop from Dracula one year earlier. While the film is less popular than the industrial band which took its name, White Zombie is near indispensable for anyne wanting an education in early horror cinema.