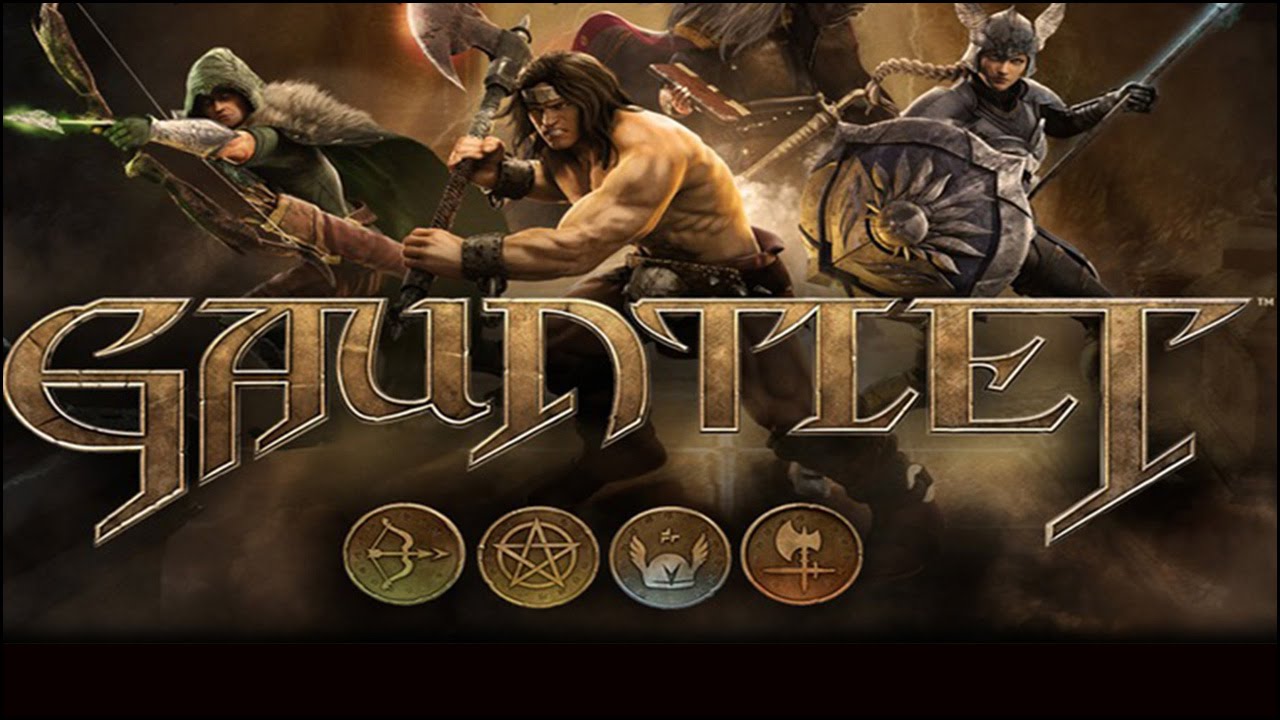 Gauntlet’s a game with some history, to the point that I have to wonder why they didn’t call it “Gauntlet (2014)”. That’s what everyone else is going to call it. As a franchise, it’s been re-booted more times than a Sega Genesis. If you want a startling look at the future of every beloved franchise in Hollywood, look to Gauntlet.

Because, in truth, this is the fifth Gauntlet – which isn’t to say that there were four sequels to the original, rather, there were four games just called “Gauntlet”, (this making five) released intermittently over the past 25 years, and five actual sequels and spin-offs to those games. That makes this Gauntlet (2014) the tenth, if you don’t count the unreleased Nintendo DS version. It’s also got a pretty huge fan base, hence the remake.

It’s a classic dungeon crawler and, as far as I can tell, takes its cues primarily from the original. Gameplay revolves around taking one of four heroes raiding through a series of three-stage dungeons, collecting loot and fighting monsters and all that. There’s no greater plot than a single sentence about gathering crystals from bosses. Not that it needs it. The entire plot is conveyed in a couple of lines of dialogue, and then you’re free to go a-pillaging through dungeons galore. Although perhaps “galore” is a strong word, considering that really there’s only 12 levels being offered, each of which took me about half an hour to complete. Admittedly 9 of these are three partners, so it’s more like 28, but considering that the original had 128 on the fucking c64, a console with the same processing power as a modern microwave, this seems a little limited.

It’s very obviously designed with co-op in mind, and the whole game reflects this, making for a strangely solitary pursuit alone. Any of the characters work solo, but if you’re playing the elf be prepared to spend a good ten minutes longer on each level than the warrior, rolling about like a lunatic where you could be swinging a crude axe (though perhaps “sharpened club” would be a better description) at head height and laughing. Each character has their strengths and weaknesses, and while they work well together they can feel a little useless apart. The warrior’s charge move makes especially little sense, requiring too much of a charge up to function as a dodge and, if used to throw yourself amongst the horde, will just end up with zombies feasting on his tiny, underdeveloped brains. I can only assume this chamber is filled with ice creme and puppies.

The most interesting of the classes, perhaps deservedly, is the wizard. All the other characters have a single special ability with a cooldown, a collection of lesser abilities, and a standard attack (except the elf, whose standard attack is to make the game into a twin stick shooter) the wizard has three elements that can be combined into nine spells. It’s a system that players of “Magicka” will immediately recognize, making him by far the most interesting character. All special attacks, all the time.

And, perhaps most telling of its “go co-op or go home” philosophy, I’ve had the game disconnect and throw me from a dungeon while co-oping with somebody sat next to me, using the same computer, which is bullshit of the highest order. At the same time, of course, I’ve successfully joined with teams I’ve never met and had good, lag free play for hours at a time. So, honestly, it depends on what you’re looking for.

Perhaps the random kicking from single player games is itself a harking back to the series constant need for rebooting.