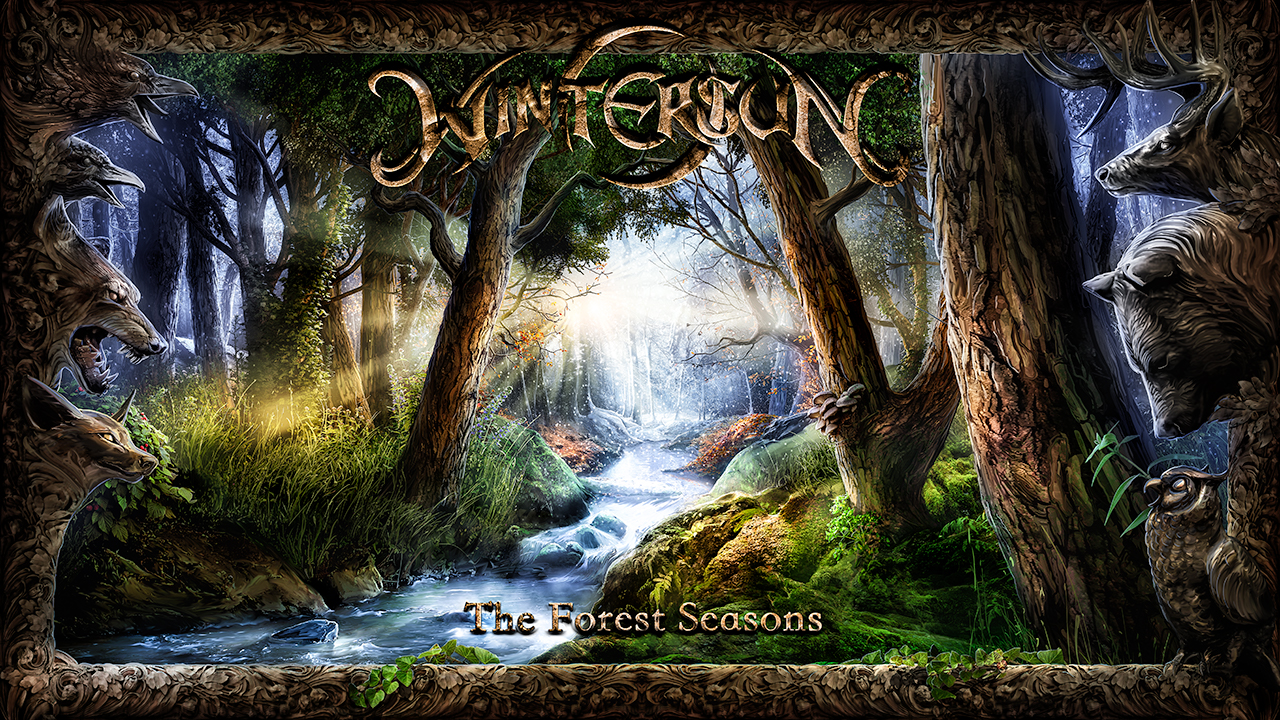 Wintersun has had a long and tortured history. This is not to say they have not had their share of fame and praise, rather, the polarity that this Finnish melodic death band casts is long and extreme. Since the band’s well regarded self titled debut, the band has both been hyped by its fans and frustrated by its own series of production delays. Time I, originally scheduled for many years earlier, did both serve as a celebration for fans and also the platform for the eternal wait for its proposed follow up. While all of these criticism seem unreasonable for a band giving its fans music, the saga of Wintersun comes with many promises, unforeseen pitfalls, and the addition of contributions.

While I am not going to go into the drama which surrounded the band’s crowdfunding for a new studio nor the fight with their label Nuclear Blast, all of this served as a backdrop to The Forest Seasons, the surprise stop gap, that served as the band’s third record. This preamble which rolled out rumpled carpets for the album did as much to hype it as it did to hinder objective opinions. Fans wanted it to be good and critics wanted reasons to continue to cast doubt upon the band. Now we are here with the fabled release of the album that came out before Time II and I can say with complete objectivity that The Forest Seasons is alright.

It goes without saying that Wintersun is good at crafting an experience. The Forest Seasons is inspired by the similarly named compositions by Italian composer Antonio Vivaldi where each movement exudes a different character ultimately completing some sort of cycle. Each of Wintersun’s movements comes with long and dramatic presentations of the themes associated with each of the seasons. Never once within in the record is there a moment when something isn’t happening or at least changing. Jari Mäenpää, the groups ringmaster and tinkerer molds each song to be distinct and complete as a whole. On paper, The Forest Seasons is a success with some guest musicians from prominent metal acts. As a whole, however, the album suffers not only from a bloated promotion campaign but also the bog of over excess.

One of the more glaring problems for the Forest Seasons is the production mix. For all of the stories about this band being obsessed with meticulous detail, the vocals in The Forest Seasons are distracting while the rest of the instrumentation is overshadowed by some unbalanced harsh vocals with some questionable lyrics. It is not like Time I didn’t have its vocal trouble but these were padded by some production buffers that didn’t make it sound metal karaoke. Add to this the gathering of the metal choir for “The Forest That Weeps (Summer) which pulls together 16 musicians from a handful of popular metal bands for a cameo that makes less sense in practice than it does in theory. This type of excess and questionable production are the hallmarks for an album that could lose 40 pounds and probably feel better. Even though this record is ultimately the vision of its creator, the fact that the Autumn and Winter should be switched in terms of placement, is just another reason to scratch one’s head at the choices made for this record. I am not saying I could have made a better record but I may have been able to offer suggestions.

Who am I? I am just an asshole on the internet that didn’t make this record. Any criticism by me should be compared to the massive amount of support Wintersun has for anything they do or want. The Forest Seasons sounds like a record that was done with a half baked idea compensated by an avalanche of technical control. The things which happened outside of this record certainly didn’t help the album’s reputation but even in a vacuum, the forest season neither ascends to the expectations of fans nor sinks to the hopes of its critics. It is just a passable–and slightly forgettable–melodeath record.