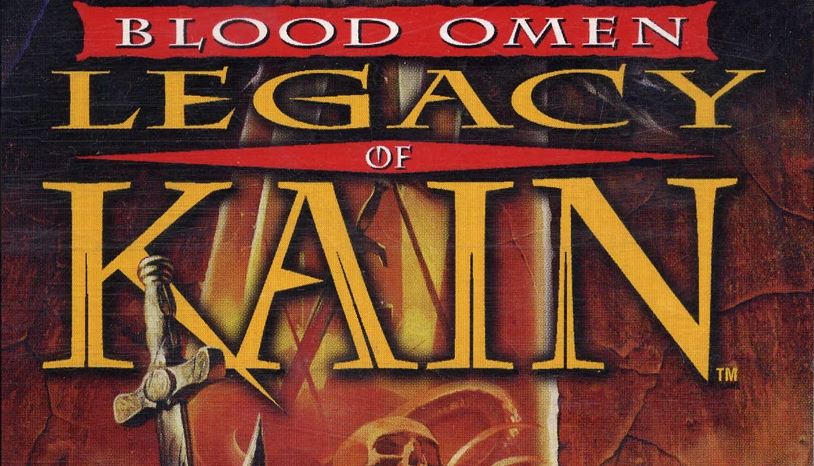 I had a hell of a time deciding what to do this time. My laptop, my main source of pc gaming, broke. So I had to resort to my fall-back option, the netbook I had before, a machine so good at gaming, that it can only play games as recent as 2005. So that meant I had to resort to a game from my childhood, a game that helped define me as a gamer. Blood Omen.

I can’t speak highly enough of this game. It was the first game I played way back where I cared about the story. I played Resident Evil because there were zombies, I didn’t care why we were in the mansion. I played Metal Gear Solid because it was fun, not because I was interested in the deep storyline going on in the background. It is only in the past 7 or so years that I understood the story of those games, and cared. But Blood Omen, and its sequels, have always been there, providing a story that spans hundreds of years, featuring unforgettable characters and locations, and voice acting performances that have yet to be equalled in modern gaming. This game, and those that followed, set a bar for voice acting that few games even approach. Blood Omen set the bar high, and it wasn’t until its sequel, Legacy of Kain: Soul Reaver, that it was beaten. Unfortunately for the game, though, if you couldn’t get into the story, there was nothing else to fall back on. The game spans a colossal 50 or so hours, which is impressive for a game that was designed for the ps1, and every minute of it is narrated by the title character, Kain, who is portrayed brilliantly by Simon Templeman, as this sample shows. At the start of the game he is but a noble’s son, travelling the vast expanse of Nosgoth. Within 30 seconds, you die. This has to happen, the story won’t proceed until you are killed by the bandits. You are then visited in hell by the necromancer Mortanius, who offers to bring you back to life as a vampire to avenge your own murder. I thought that would be it, the whole story chasing down some conspiracy as to why Kain had to die, but no. As soon as you leave your crypt you avenge your death, and the real story begins. The pillars of Nosgoth, nine pillars which show the state the world is in, are decaying, because one of the guardians murdered the one in charge of the pillar of balance. All of the others soon fall to madness and it is your job to restore the pillars.

The gameplay itself is fairly dull. Slow walk to an enemy, hit him a few times, drink his blood, repeat. Nothing else to it really. Walk around the world map, going to all of the different towns and cities, scaring them because you’re a vampire, and eventually you’ll find your way to the home of the guardian you have to kill next. It was made back when games didn’t hold your hand and lead you down a linear corridor, or clearly signpost where it was you were meant to go. Those were the days. It also probably goes some way to explaining the long play time, saying as its quite easy to get lost. I can’t decide whether that’s good or bad level design though.

So, in a way, I’m glad my laptop broke. It gave me a chance to play a game I have fond memories of. Thankfully, it hasn’t been one of those times where it didn’t age well. The story is still top class, by any and all standards. The gameplay however, has now painfully slow by today’s standards, and loading times are atrocious. But that’s to be expected really, the game came out in 1997. That has to be taken into account. But I can get past that, because the story is just that good, the voice acting just as close to perfect as a game can be. It is still one of the most gripping experiences to date that can be found in a video game. The visual style would be at home on any metal album cover. The game is just still quite enjoyable, it hasn’t aged like a fine wine, but its still pretty close.