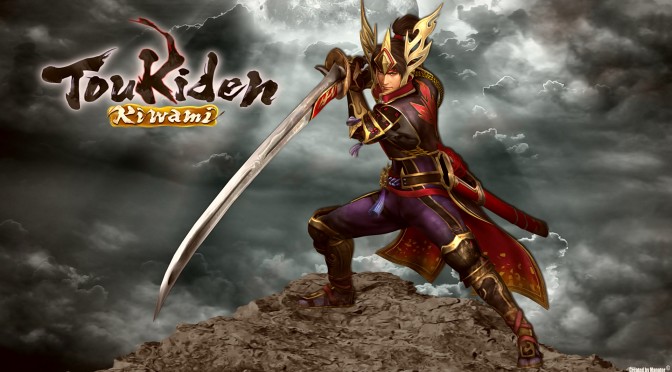 It’s in deference to this ancient tradition that I’m reviewing Toukiden: Kiwami six months after it came out.

If I had to describe it in the shortest terms possible, I’d say it were Monster Hunter with all the atmosphere hacked off. Monster Hunter, for reference, is an expansive JRPG in which you control a small, eternally outmatched dude or dudette in their quest for the world’s fanciest outfit. Unfortunately for them, they were born into a world where the only way to acquire said outfit is to engage in repetitive battle with giant beasts until their bits fall off and you can craft a pair of sparkly trousers from their intestines. Despite the overlong fights and repetitive combat, Monster hunter is saved by its imaginative enemy design and consistent, well developed atmosphere.

So is Toukiden, except for the last bit. the AI is more than ready to handle small enemies without you, leaving you to model your new pants in peace.

It’s a problem of focus. Monster hunter is focused around it’s expansive world and mysteriously powerful wildlife while Toukiden is focused on an unfollowable nonsense story, smaller, more constricted areas and angry demons. It’s not a change that I think works. A big part of Monster Hunter’s appeal in the fantasy naturalism angle, in which pulling dragons out of the sky in order to procure ingredients for a stew makes a tenuous kind of sense. The monsters feeling part of the world is part of the draw, and one of the reasons the world is so compelling. Toukiden does away will all of that, producing strange and otherwise deserted maps populated with weird demons that teleport in as the plot demands them, leaving the whole thing feeling like it’s happening purely for your benefit.

The problem I have is that no part of it seems connected to any of the others. Before each mission you have the option to offer money to the gods for random boosts, but none of them seem powerful enough to have an effect on the typical stab-stab dodge of combat. Different weapons have different movesets and special attacks, but the total lack of any RPG style stat system means you can play the entire game with a katana and then, using the various demon bits you’ve collected, craft a far more powerful war club and be exactly as skilled with it. This also means the weapons get dull fast and you’ll be swapping between the various murder paraphernalia just to fight the feeling of stagnation in the combat. The entry level spear handles exactly like the universe rending ultraspear but by the time you’ve unlocked the latter you’ll be thoroughly bored of holding then tap tap tapping X. Perhaps the ease of changing your weapons was designed to counter this, but all it achieves is making each one feel shallow. I’d much rather have had unlockable specialisations that unlock new moves or abilities. In it’s credit, the game has some really pretty sky-boxes.

I realise a lot of my criticism around Toukiden is based around comparing it with the game I wish it was, but that’s just because of how close it is to being something I’d love. Fighting giant monsters is 100% of what my time in Valhalla will consist of so I entered Toukiden thoroughly keen to start stabbing the shit out of Oni. This is where the game begins to succeed. A big draw is discovering just what hellbeast you’ll be fighting next. Bigger Oni are typically interestingly designed and unique when they’re not simple re-skins of earlier monsters, and cutting off their limbs to watch them writhe in the mud is extremely satisfying, but that’s all. It’s a game that does one thing well, but spaces that out with too many half-baked ideas that I resent it almost as much for wasting my time as I do for its other flaws.

The ridiculous price tag doesn’t help. This shit costs seventy fucking dollars, meaning that, at 50% off, it was still around the price of a new release. You could get five copies of Jotun for this, and at least Jotun has the decency to end at a sensible point. Toukiden just drags on and on, forcing more and more filler missions into the space between actually interesting fights for the ostensible aim of providing help to the townspeople in the form of hacked off bits of monsters. This is yet another thing it managed to cram into its pockets while it was rooting through Monster Hunter’s house at night, but here it makes even less sense. In a world where monsters exist organically and naturally, wanting to make a wyvern claw rake is extravagant but explicable. In a world invaded by the noxious aspects of hell, wanting the unnatural claws of a demon to hoe your garden is a recipe for Lovecraftian despair or, at the very least, food poisoning.

The people in this JRPG about invading daemons aren’t being fucking sensible, is my problem.

If you’ve got hours to burn and looking for a game about hunting monsters on the PC, this is exactly what you’re looking for. Otherwise there’s not a lot of reason to be interested, and none at all if you own a modern Nintendo console. The cunning might notice a hidden clue or two towards which game you should get instead.