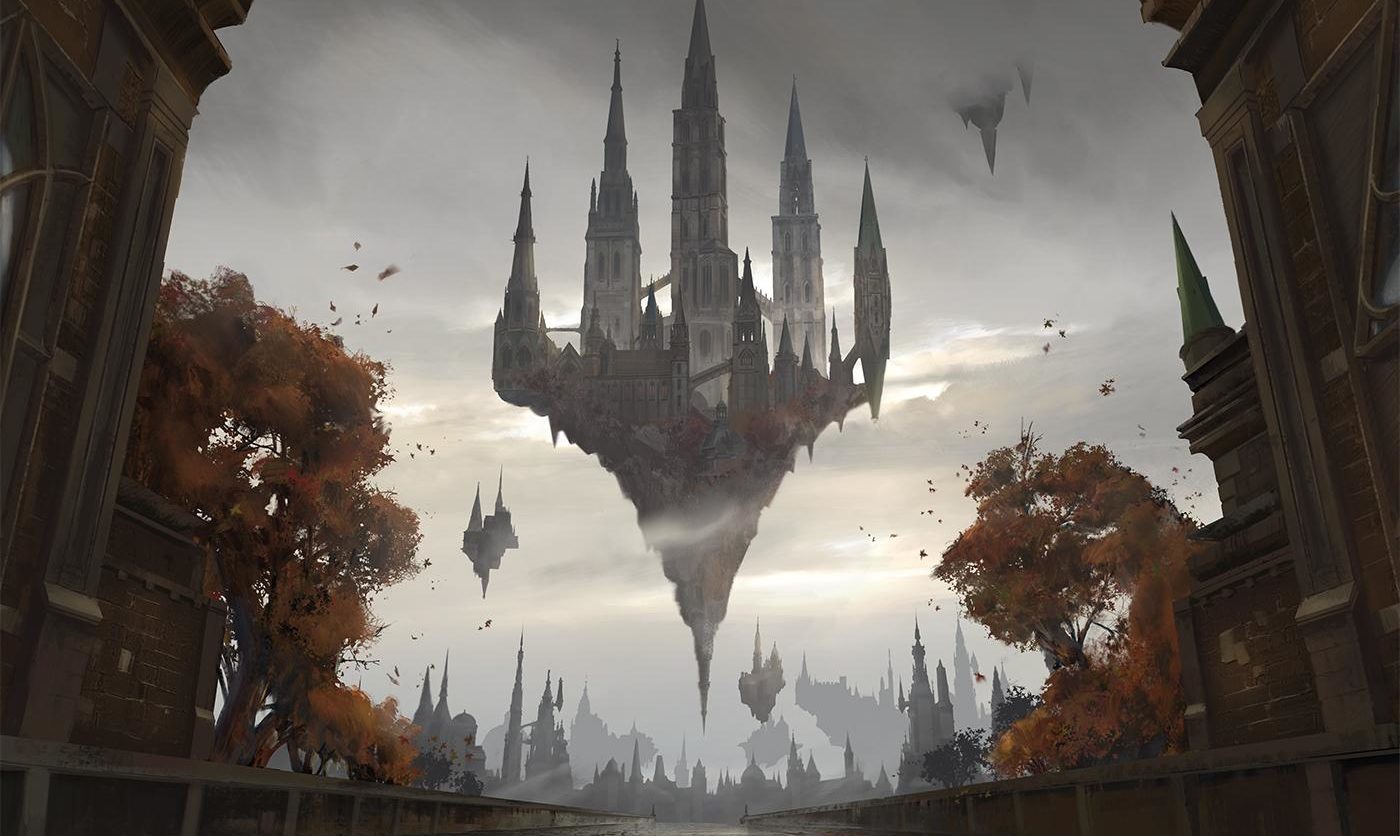 I love Ravnica and so will you. We are about to fully plunge into spoiler season regarding the next set for Magic the Gathering: Guilds of Ravnica. This set will bring players back to a plane that is a “Ecumenopolis” — a word I just learned which means a worldwide city. Ravnica was initially released in 2005 and with a sequel, Return to Ravnica, in 2012. The announcement of a third installment into this ecumenopolis, instilled a deep seated sense of joy as Return to Ravnica was my first set in Magic the Gathering and the lore surrounding the ecumenopolis and its 12 guilds of societal control was something that has never ceased to be interesting. Ravnica is a popular plane for design and its two color approach to card is something that has proved popular with players, even outside of some of its most sought after cards. The Shocklands which stand as centerpieces to each guild were printed in both the original set and its sequel and, much to the relief of everyone who needs these lands, they are being printed again for the third installment. Perhaps Wizards announced these reprints early to allow everyone to appreciate the set outside of its financial benefit to established players. I feel this is a good thing as Ravnica, for me, was a set which showcased the essence of the games’ colors and the personalities of the 10 color pairings. Giving each combination a guild with a founder, guildmaster, champion, and place of residence allowed those five colors, and its thematic components, to build worlds which inhabited this world wide city. The announcement of a new lore novel, new products centered around the each of the guilds, a Dungeons and Dragons supplement regarding the city of Ravnica for adventuring, and all of the superfluous components which go into sets are things I am melting over. This is perhaps why I find the release of early artwork so fascinating as magic has always had wonderful artists with pieces that are iconic to the sets. Now, however, it is a place in which I find myself fully enfranchised. This makes looking at artwork, reading stories, and immersing myself in the experience so much more satisfying. In this post are some of the artworks for basic, guild, and special lands that will be included in the set. There are additional story based illustrations which have also been released but I have always been a fan of lands and their artwork which is why I wrote an article (read: loveletter) to its images. There will be high resolution releases for more of the Shocklands (Steam Vents, Sacred Foundry, Watery Grave, Overgrown Tomb) to sit along side the Titus Lunter image for Temple Garden. Why do I love lands so much? Perhaps it is because they are tiny fantasy landscapes which highlight not only the aspects of the colors but also its locale. Without the addition of characters, these tiny fantastic landscapes are places to lose oneself in and imagine life on a big worldwide city. This set, much like other expansions for the game, has many things to offer different players. While it is easy to get lost in the numerous facets of each set, I have found myself taking a moment to gaze out on the fantastic worlds that this set has created. The D&D supplement is also going to be something that is to be explored by my playgroup so perhaps these lands are giving inspiration to future adventures through the winding world of an ecumenopolis.