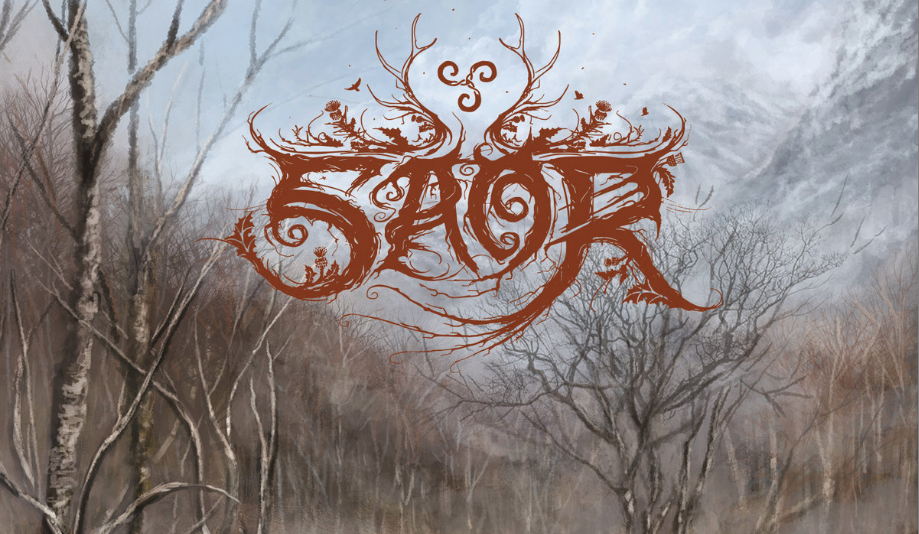 Even though Andy Marshall began his Saor project in 2013, it was not until 2014, with the record Aura, that I feel it really caught the interest of the greater public. This project combined the very familiar structures of atmospheric black metal with an almost reverent devotion to folk and atmosphere. Aura’s wild and meditative cover encapsulated the music which was also both wild and meditative. With the release of 2016’s Guardians on Northern Silence and now the release of a new record on AvantGarde, this once semi obscure black metal musician has grown leaps and bounds and now stands at the forefront of a scene that is enjoyed by everyone who also loves foggy mornings in the countryside.

Atmospheric black metal can be dull and a few years ago there was an explosion of mediocre bands releasing similar sounding albums that all looked the same. In fact I am sure you can go on Bandcamp now and find a album with a black and white tree on its cover two songs over 10 minutes and know exactly what it is going to sound like. I make these jokes and will be the first in line to a red and black JCard cover from a new death metal band with coffin or stench in the name. Aesthetics are a valid way to enjoy music and atmospheric black metal has its tropes that make up a large pit in its sound. Saor’s embrace of melodic elements, folk instrumentation, and long track lengths certainly does not separate him from these tropes yet it would be difficult to say that Forgotten Path, or any of the other records for his catalog, fall into generic atmospheric black metal. Forgotten Paths continues to separate Soar into the tier which is populated by luminaries such as Drudkh, Agalloch, and Panopticon. Though the name does not hold as much clout as its legendary founders, Soar is perhaps one of the few decent acts making music in this current year that will perhaps be discussed for many years after.

Forgotten Paths is really three songs around 10 minutes in length. These three songs are accompanied by a 4 and half minute outro of gorgeous harp music. On its surface, Forgotten Paths feels light compared to some of the other feature length albums of the same genre. For its 25 minute running time however, Forgotten Paths feels the perfect length and makes use of its running time with three songs of varying sound and tension. With a pastiche of harsh vocals, melodic segues, and guest vocals from Neige and Sophie Rogers, Forgotten Paths feels like it covers a lot of ground in its short running time. By the time “Exile” closes the record, the listeners is treated to a riot of emotion and texture ranging from visceral and harrowing to comforting and reflective. These are the shades of atmospheric black and the heights it can reach. Rather than just extended black metal songs with post rock guitar solos, the care and dedication to song writing is evident in albums which are successful. From the moment this record begins to its closing minutes on a place that could be Skyrim, Forgotten Paths continually reminds us that atmospheric black can be engaging and not repetitive — that beauty and emotion can intermingle with death and despair.